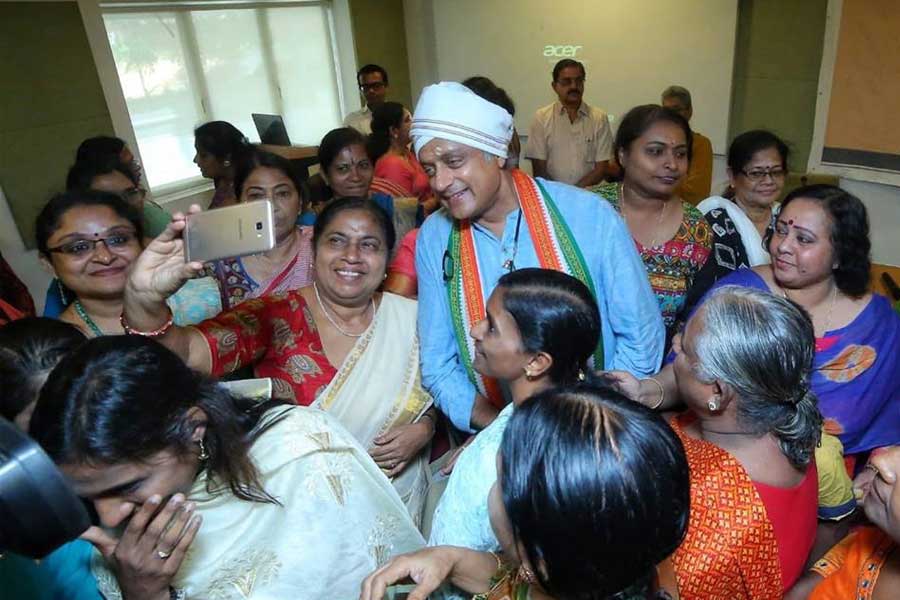 The Unpredictability of Kerala’s Woman Voter

A young man, in Kerala’s capital, tells me he hates Dr Shashi Tharoor—the sitting MP of Thiruvananthapuram— he says candidly his vote will not be wasted on Dr Tharoor. But then he reveals a secret that’s been infuriating him: “My wife absolutely adores him. She will vote for him.” He continues, “Soon after our marriage, a couple of years back, we happened to meet Shashi Tharoor at a function and she was absolutely thrilled. I had to remind her that it’d been only 48 hours since we had tied the knot.” He then turns to me and asks me who I would vote for? The young man cannot fathom why women would want to vote for Tharoor, and, I leave him still puzzled as to why he cannot influence his wife.

Though families in Kerala have traditionally voted together, it’s unsure how the 1.34 crore women of the 2.61 total electorate of Kerala will vote in 2019. Though there are 7.8 lakh more women voters than men in Kerala, 12 lakh women voters are missing from Kerala’s electoral list, according to Prannoy Roy and Dorab R. Sopariwala in The Verdict. This is the highest among the medium-sized states. If those missing voters were on the list, the difference of voters between female and male would have swelled taking the figure to 20 lakhs— the size of one and half constituencies in Kerala.

There are enough indications that women will vote unpredictably this time in certain pockets and, like the young couple in Thiruvananthapuram—divide the house. Will the woman voter be swayed by the intellect and charm of Tharoor in Thiruvananthapuram or the filmy persona of the BJP candidate in Thrissur, Suresh Gopi? This will have to be closely examined on counting day. However, all major parties have been wooing the women voters in different ways—targeting women’s groups and speaking to them about their issues— trying to influence them. Poll watchers and journalists say emphatically that the participation of women at rallies and programs have increased tremendously this time around. True, even in conservative constituencies like Malappuram, women are listening carefully to political speeches.

Says political analyst P Rajan, “I have been a political student for 60 years and I have never witnessed middle class women attend political functions in such huge numbers. And it began with the upper and middle class Hindu women taking to the streets during the Sabarimala protest marches—they were very disturbed by the Supreme Court verdict—(which struck down a fifty-year-old ban allowing the entry of menstruating women into the Sabarimala hill shrine), and Pinarayi Vijayan government’s tearing hurry to implement it.” Rajan thinks that the handling of the Sabarimala issue by the Left would have a negative impact and will see the haemorrhaging of votes from CPI(M), which is largely a Hindu party. Women will not vote according to the party diktats or listen to their husband’s instructions anymore.

Sources say that the BJP which sees this as a “golden opportunity” is working assiduously with women’s groups to keep that anger on the boil. Quite another matter that the BJP did not bring in an ordinance to stop the entry of menstruating women into the shrine thus ensuring the protection of rituals and traditions of this Hindu temple. However, Rajan still thinks that women will not vote with an independent mind.

Interestingly, in Roy-Sopariwala’s The Verdict, they give an account of how women responded to their questions of voting according to their husband’s bidding: “Whenever we questioned women on whether they voted for the party that their husbands told them to vote for, the women’s responses were predominantly to laugh at us, and to treat the question with derision. They would often say: ‘He may think that I listen to him about whom to vote for, that’s in his dreams—I vote exactly whom I want to vote for.’”

In Kerala, according to K K Rema, Revolutionary Marxist Party (RMP) leader, women may even be influencing men this time around. Rema, wife of the slain RMP founder T P Chandrasekharan, has been campaigning against political violence in Vatakara constituency. She says that in one house, a young 17-year-old girl pleaded with her father not to vote for the CPM candidate P Jayarajan threatening to quit her studies if he did. “It’s obvious that there have been discussions on the issue of political violence at home influencing this young girl. Women who are the victims of political violence are angry and they will definitely use their votes to protest this political culture. Women tell us in some places they are being subtly intimidated. They are told that the VVPAT will record who they voted for.” But quite like the account in The Verdict, Rema says that women tell her with a laugh that they know all too well the secret nature of the ballot box and they are not afraid of the VVPAT.

On the other hand, the chief minister of Kerala is the darling of the feminists and intellectuals—for having taken a firm stand in implementing the Supreme Court order in the Sabarimala case. He is seen as renaissance man pushing for gender equality in the state—a lot of women find that appealing and they may cast their vote for the Left and their progressive stand.

However, according to The Verdict, more women coming out to vote should worry the cadre-based political parties like CPI(M) and the BJP. The very muscular BJP and its allies, with a macho leader like Narendra Modi at the helm could only garner a small lead of 9 per cent of the women’s votes over the Congress and its allies as opposed to 19 per cent of the male votes. To counter that, the BJP has offered all kinds of sops to women in the past five years.

Even though women representatives constitute more than half in the Local Self Governments in Kerala, they are under-represented in the Assembly and the Parliament. Kerala has voted only 8 women MPs in the past 70 years to Parliament and this time there are 6 women from the three major parties contesting. However, women siblings are campaigning hard for their brothers, adding a feminine touch to appeal to both the female and male voters: Priyanka Gandhi, General Secretary of the Congress, is in Wayanad for her brother Rahul Gandhi. Congress leader Padmaja Venugopal and CPI (M) leader P Satheedevi are working for their brothers K Muraleedharan and P Jayarajan in the neighbouring constituency of Vatakara. Both dote on their brothers. When The Kochi Post caught up with the calm and cool Padmaja Venugopal, she tells us that hordes of women are coming out and they will speak their mind this time. 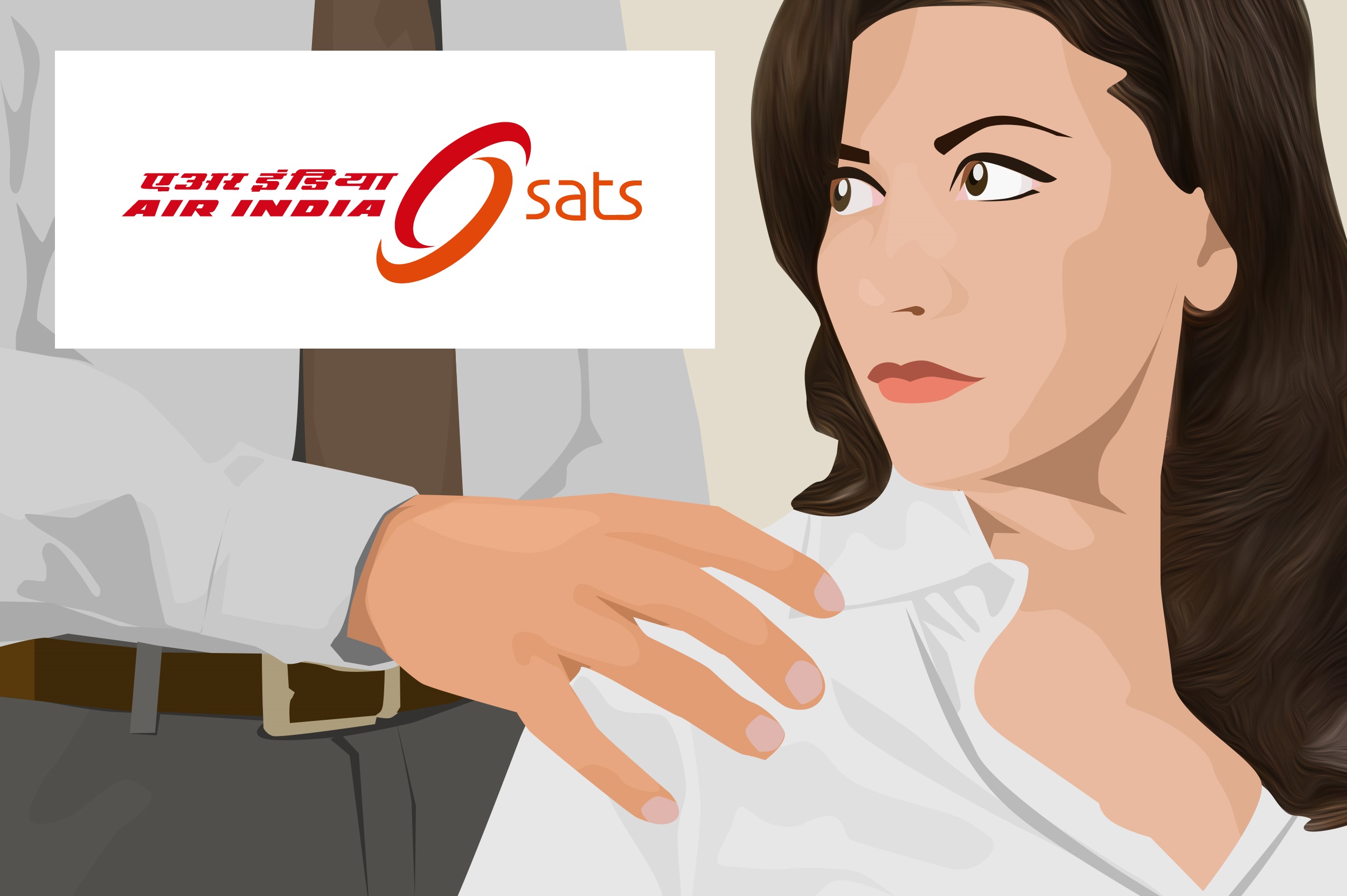