2018 saw a departure from a long-term trend prevailing in Bollywood. For the first time in 26 years, films of all the three reigning Khans – Salman, Aamir and Shah Rukh – came a cropper at the box-office. Since 1992, at least one of the Khans had a huge hit every year but that was not the case in 2018 – as Race 3 (Salman), Thugs of Hindostan (Aamir), and Zero (Shah Rukh) took a beating at the turnstile.

This development set tongues wagging in the industry that the golden era of Khans is over and the younger crop of actors would take over the mantle from the three superstars. The three young actors who are tipped to become the next ‘troika’ are Ranbir Kapoor, Ranveer Singh and Varun Dhawan. Out of the three, interestingly, Varun has the best success ratio and yet, is most under-rated and least celebrated.

The son of veteran director David Dhawan, Varun was launched by Karan Johar, whom he had assisted during My Name is Khan, in the glossy romantic drama Student of the Year in 2012. Though devoid of any depth of narrative or seminal synergy, the movie was a runaway hit due to its plush production values, chartbuster songs and fresh faces. Two more actors – Alia Bhatt and Siddharth Malhotra – also debuted alongside him but Varun held his own resolutely.

His next film, Main Tera Hero, was helmed by his father. It was a frothy entertainer and did reasonable business. In the same year, 2014, he cranked out another hit Humpty Sharma Ki Dulhania. So, he delivered a hat-trick of hits, although none of these films went on to become huge blockbusters.

The acceptance and appreciation in a certain type of role and movies didn’t deter Varun from breaking ranks and trying his hands at a neo-noir thriller Badlapur. Though not as big a commercial success as his previous three films, it nevertheless made good money for its producers & investors and fetched rave reviews. Varun’s performance, a far cry from the kind of roles he had essayed in the past as a revenge-seeking husband, also came in for a fair amount of adulation.

Shoojit Sircar’s October, released last year, was another detour for Varun which turned out to be a pleasant getaway, critically as well commercially.  In between, Badrinath Ki Dulhaniya and Judwaa 2 kept the cash registers ringing.

Varun has been vocal about the subliminal influence of Salman Khan and Govinda on him. Both these senior actors frequently collaborated with his father in 1990s and whipped up a string of hits. Varun grew up around them and subconsciously picked up many of their standard tropes and mannerisms. In fact, at present, Varun has occupied the space which Salman did with ease in the 90s – of breezy comedies and light-hearted romantic films.

Most of his films – Main Tera Hero, Judwaa 2, Badrinath Ki Dulhania, etc. – belong to the space Salman operated in his salad days. He’s also a favourite among the kids owing to the kind of movies he has done. His youthful exuberance, impish charm and young face also add substantially to his popularity.

As mentioned above, Varun’s success ratio is the best among his contemporaries. While Ranbir and Ranveer have copped disasters and monumental flops, Varun hasn’t really faced any failure as yet. Out of 11 films he has done, 5 have been declared hits, 2 semi-hits, 3 broke even or did average business.

Dilwale, in which he was not the main lead, crashed badly and distributors lost a lot of dough. Dishoom and Sui Dhaaga didn’t perform as expected but weren’t out rightly rejected either. October broke even. Student of the Year and Main Tera Hero were declared semi-hits by trade pundits. Judwaa 2, a remake of Salman’s Judwaa, remains his biggest hit to date, followed by Badrinath Ki Dulhaniya and ABCD 2.

Though there are a host of young actors – Arjun Kapoor, Siddharth Malhotra, Sushant Singh Rajput, et al – plying their trade in the industry, they haven’t received the same degree of acceptance and plaudits from the audience as Ranbir, Ranveer and Varun. Although Ayushmann Khurana and Rajkumar Rao are making strides of late, most of their movies have been niche. Content, not their presence is the centerpiece of their movies.

While Ranbir and Ranveer have plumbed troughs, unlike Varun, the fact remains that they have also given bigger grossers than Varun. The career trajectories of Ranbir and Ranveer are redolent of the ebb and flow of the ocean; on the other hand, Varun’s arc has been like a steady stream.

If Ranbir copped a monumental disaster called Bombay Velvet, he also rode the tidal wave of Sanju, which notched up Rs 335 crore net in India and was the highest grosser of 2018. He also has another blockbuster to his credit, Ye Jawani Hai Diwani which garnered Rs 170 crore in 2013. Between these two blockbusters, Ranbir had a 5-year period when he was only whipping out duds like Besharam, Roy, Jagga Jasoos, and Tamasha.

Ranveer, meanwhile, is on the rampage, having delivered three back-to-back gigantic hits – Padmaavat (Rs 285 crore net), Simmba (Rs 248 crore net), and Gully Boy (Rs 135 crore net). Moreover, these three movies are diametrically opposite to each other in terms of content and genre, and hence cemented Ranveer’s position as the most versatile actor of his generation. Earlier, he too trotted out bummers such as Kill Dil and Befikre.

Varun’s highest grosser, as of today, is Judwaa 2 which did a business of 133 crore. He’s yet to breach the 200 crore mark, and reel off a colossal blockbuster, which the other two have already done. He hasn’t even received thunderous commendations for his performances, like Ranbir bagged for Rockstar and Barfi, and Ranveer for Bajirao Mastani and Gully Boy.

Having said that, Varun’s consistency, a rare commodity in Bollywood, is remarkable. That’s one matrix where none of his contemporaries can hold a candle to him. He also has established himself as one of the few saleable actors in the industry who can carry the film on their shoulders. Producers and distributors consider his movies commercially ‘safe’ since they have never lost money in his films. That’s something which cannot be said about his two rivals.

As for the elusive blockbuster, it seems like a case of ‘when’, not ‘whether’. After all, even a senior star like Akshay Kumar, who has been in the industry for 28 years, has never managed to deliver a 200 crore blockbuster.

Varun’s latest release Kalank, in which he is the sole lead, released on April 17 and took the biggest opening of the year (21 crore net on Day 1) as yet despite unflattering reviews. Now, that’s a true testament to his burgeoning stardom. 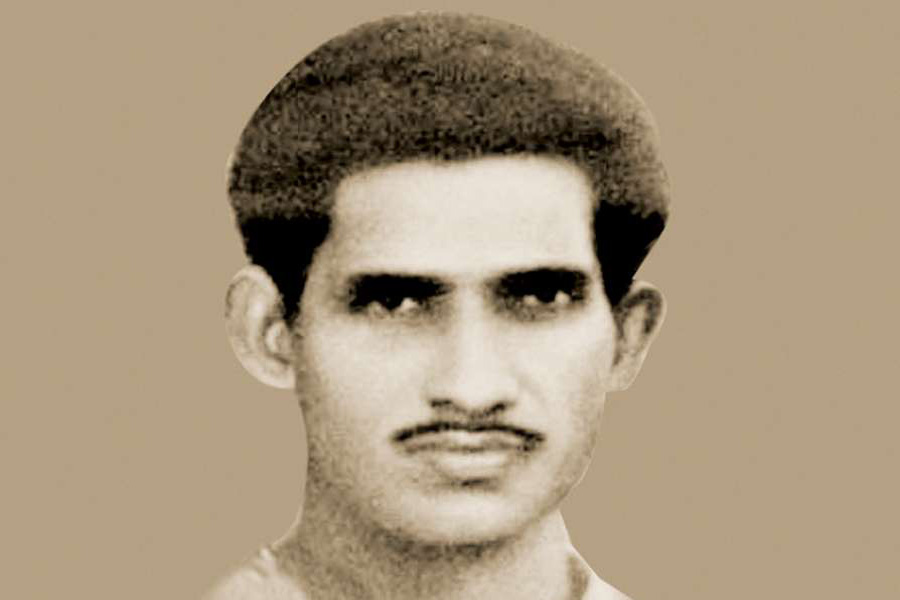