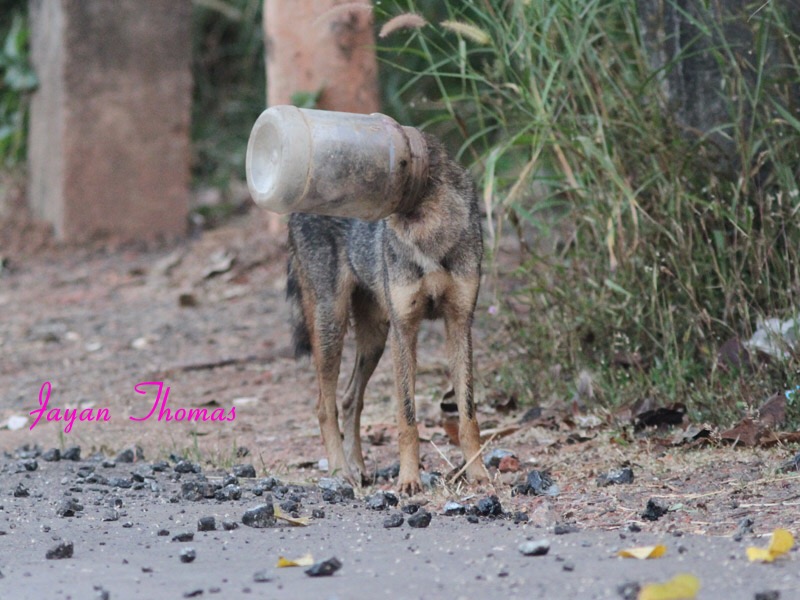 Who Could Be Blamed for the Plight of This Jackal?

Birdwatcher Dr. Jayan Thomas doesn’t need an introduction to those inclined towards nature and birds, who apart from being an ophthalmologist is a bird enthusiast and utilises his free time in observing them. The Kochi Post had earlier published an article on him and how his rare photograph of a Buff-breasted Sandpiper earned him a place in the Limca Book of World Records.

Dr. Thomas has come up with a shocking revelation on the plight of a poor jackal which he spotted last Friday when he was out bird-watching.

He says, “While bird-watching along the Munderi river bank early morning on the 25th of November, 2016, a jackal appeared from the thicket to where I was observing some birds. I was taken aback with surprise when I saw that its face was stuck inside a plastic jar. Since the jar was light and the bottom of it transparent the jackal could move around but with great difficulty. Looking at the stomach of the jackal which had caved in, I could make out that the jackal could have put its head inside the jar a few days ago. As I was photographing it, the Jackal disappeared into the bushes. On reaching home I forwarded the snaps to the Kannur Bird-watching group which was then forwarded to other groups as well. On the basis of this, a search was conducted in the evening, but the jackal was not lucky enough to be seen. Yet another combing operation was done on Saturday as well without the jackal being traced. The local folks have been informed and asked to get back to us.”

Dr. Thomas says that the dumping of waste could be a reason behind such an incident and that if the Jackal’s face isn’t taken out of the jar at the earliest, it will die in a few days’ time. This is not just one instance but a usual sight where animals eat from the waste dumped on the roadsides and along with the food materials, swallow the plastic and other unwanted items that in the long run lead to the untimely death of these animals. Some also get into trouble like getting their face stuck inside a jar, as was the case with the jackal, while trying to serve their hunger.

Though this matter is an issue that requires serious attention and an appropriate solution, it is being dealt with a careless attitude by the authorities, so much so that people have now started dumping waste in the premises of their neighbours. Packets of waste neatly tied and placed on the roadsides is a common scene nowadays. How long can this be neglected? When asked about this to the authorities, rather than finding a solution to the same they boast about the little something that they have done.

They are of the opinion that installing incinerators and compost plants everywhere has brought down the problem to a great extent and that it is the responsibility of the residents of the particular area to dump the waste in these compost plants rather than in others’ compounds.

However, they are not concerned about the incinerators that add to the atmospheric pollution and the compost plants that have stopped working. Municipal laws governing the urban local bodies do not have adequate provisions to deal effectively with this ever growing problem of solid waste management.

The failure of these compost plants and incinerators in many areas has proved that the systems applied are unscientific, outdated and inefficient. The population coverage of these plants is also low and the poor are marginalized. Waste is therefore littered all over leading to unhygienic living conditions. Also majority of these compost plants do not accept chicken and meat waste, which are causing serious insanitary issues when dumped in the open.

Commenting on the same, a Municipal official on the condition of anonymity said, “We cannot accept chicken waste from hotels or butcher shops because the compost plants use aerobic decomposition method, which would taken longer time to decompose chicken and meat waste. Moreover, as these plants are open since they need air for composting such wastes cannot be put into it because it will generate intense smell which can be another issue in residential areas.”

These are the realities that the government and authorities are aware of yet the situation is such that amidst the hot discussions and debates, addressing a problem and bringing about a solution seems to be at the end of the priority list. 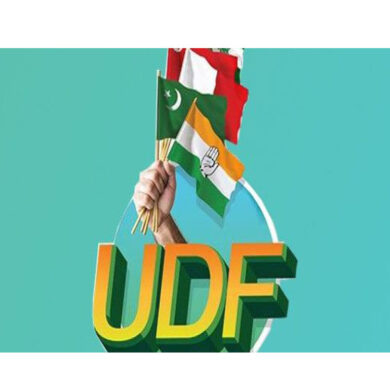