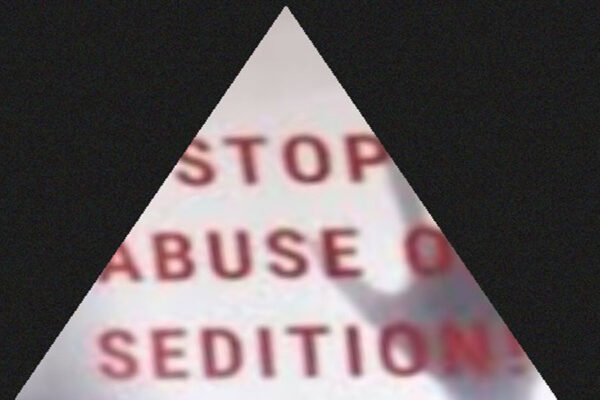 The Sedition Law has no place in a Democratic society

As Samuel Johnson had famously said in 1775, “patriotism is the last refuge of the scoundrel”, it seems that the charge of sedition is the last refuge of the Modi regime. In the last three weeks, the Modi 2.0 Government, through different BJP-led state governments or other state governments, has filed sedition charges first against Sharjeel Imam, a Phd student from JNU, then against 50 students from Tata Institute of Social Sciences (‘TISS’) in Mumbai for raising slogans in support of Sharjeel, and third, against a teacher and a woman whose 6 year-old child participated in a school play against CAA-NRC-NPR.  Each of these instances is a horrific example of authoritarian government throttling dissent in the garb of sedition.

In Sharjeel Imam’s case, the allegation is that Sharjeel delivered an ‘inflammatory’ speech at Aligarh Muslim University on January 16, 2020, wherein he allegedly advocated blockade of Assam from mainland India, or ‘chakka jam’, in the context of how the Assam Government was treating its own Muslim citizens in the NRC process, and consequently, in the detention centres. Once the video of the speech became public, five State Governments, including Assam, Bihar, Manipur and Uttar Pradesh, along with Delhi Police, registered FIRs for the alleged offences of sedition, and other charges against Sharjeel, and he was forced to surrender on January 25, 2020, when he was taken into police custody.

On February 1, 2020, during the Mumbai Pride March, some students of TISS raised slogans in support of Sharjeel Imam, and condemned his arrest on charges of sedition. Few days later, on February 3, 2020, the Mumbai police at Azad Maidan police station registered a FIR for the alleged offence of sedition against 50 unidentified students, but consequently, one’s student identity was revealed as Kris Chudawala, part of TISS queer collective. In this case too, the FIR was registered, once the video was posted on social media by the BJP leaders.