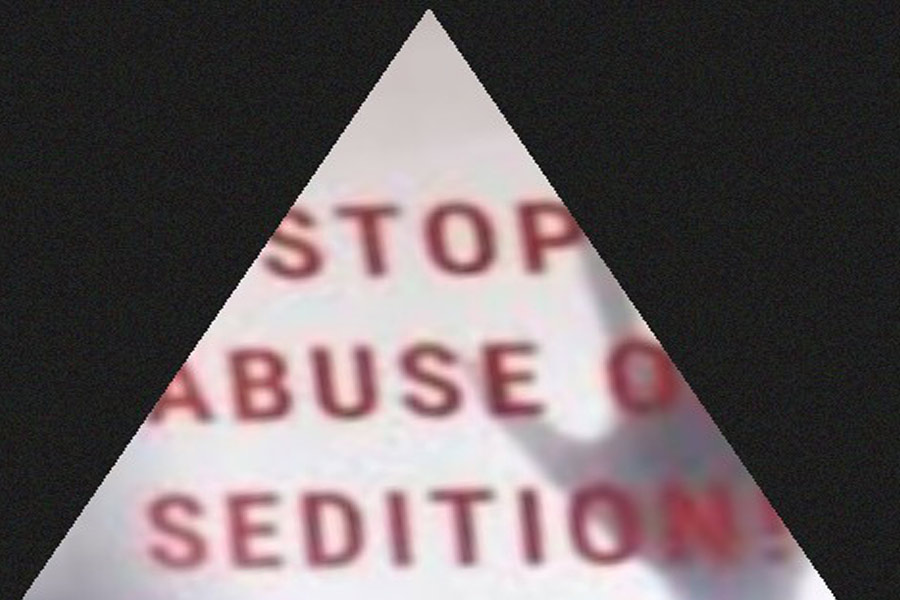 The Sedition Law has no place in a Democratic society

As Samuel Johnson had famously said in 1775, “patriotism is the last refuge of the scoundrel”, it seems that the charge of sedition is the last refuge of the Modi regime. In the last three weeks, the Modi 2.0 Government, through different BJP-led state governments or other state governments, has filed sedition charges first against Sharjeel Imam, a Phd student from JNU, then against 50 students from Tata Institute of Social Sciences (‘TISS’) in Mumbai for raising slogans in support of Sharjeel, and third, against a teacher and a woman whose 6 year-old child participated in a school play against CAA-NRC-NPR.  Each of these instances is a horrific example of authoritarian government throttling dissent in the garb of sedition.

In Sharjeel Imam’s case, the allegation is that Sharjeel delivered an ‘inflammatory’ speech at Aligarh Muslim University on January 16, 2020, wherein he allegedly advocated blockade of Assam from mainland India, or ‘chakka jam’, in the context of how the Assam Government was treating its own Muslim citizens in the NRC process, and consequently, in the detention centres. Once the video of the speech became public, five State Governments, including Assam, Bihar, Manipur and Uttar Pradesh, along with Delhi Police, registered FIRs for the alleged offences of sedition, and other charges against Sharjeel, and he was forced to surrender on January 25, 2020, when he was taken into police custody.

On February 1, 2020, during the Mumbai Pride March, some students of TISS raised slogans in support of Sharjeel Imam, and condemned his arrest on charges of sedition. Few days later, on February 3, 2020, the Mumbai police at Azad Maidan police station registered a FIR for the alleged offence of sedition against 50 unidentified students, but consequently, one’s student identity was revealed as Kris Chudawala, part of TISS queer collective. In this case too, the FIR was registered, once the video was posted on social media by the BJP leaders.

In the third case, in January 21, 2020, the Shaheen Urdu Primary School in Bidar, Karnataka had staged a play sensitising the students about the effect of NRC-NPR on the people, wherein one participant child allegedly made a comment against the Prime Minister, Narendra Modi. Merely on that farcical basis, the Karnataka Police on 26th January, 2020, registered a FIR for sedition and for promoting enmity between different religious communities under Section 124(A), and Section 153A, Indian Penal Code, 1860 (‘IPC’) respectively, following the complaint by a social worker.

Thereafter, on January 30, 2020, the police arrested the head mistress, Fareeda Begum, and the mother of the child who allegedly made the derogatory comment against the Prime Minister, Najamunnisa, and sent them to judicial custody. In fact, the police officials repeatedly visited the school, and questioned the students who participated in the play, and the teachers about the content of the play, who wrote it, etc. The children, as young as 6 to 7 years, were questioned, harassed and intimidated by the police for hours on several days, for merely participating in a play that talked about the ill-effects of NRC, and allegedly criticised the Prime Minister.

Before one gets into the merit of sedition charges in these three cases, let’s look at the text of the law. Section 124(A), IPC reads as: “Whoever, by words, either spoken or written, or by signs, or by visible representation, or otherwise, brings or attempts to bring into hatred or contempt, or excites or attempts to excite disaffection towards, the Government established by law in India, shall be punished with imprisonment for life, to which fine may be added, or with imprisonment which may extend to three years, to which fine may be added, or with fine.” It is noted that the offence of sedition was not part of the original IPC in 1861, but was introduced by the British Colonial administration in 1870, as a reaction to the revolutionary acts and dissent against the colonial regime, thereby essentially used as an instrument to curb anti-colonial activities of the Indians.

After independence in 1947, there was lot of criticism of the sedition law, since it was seen as a colonial law imposed on the native Indians, and a huge impediment to free speech. In fact, in 1951, the then Prime Minister, Jawaharlal Nehru, while introducing the Constitution (First Amendment) Act, 1951, in Parliament, he remarked that “Now so far as I am concerned that particular Section (124A IPC) is highly objectionable and obnoxious and it should have no place both for practical and historical reasons, if you like, in any body of laws that we might pass. The sooner we get rid of it the better. We might deal with that matter in other ways, in more limited ways, as every other country does but that particular thing, as it is, should have no place, because all of us have had enough experience of it in variety of ways and apart from the logic of the situation, our urges are against it.”

Accordingly, the High Courts of Punjab, and Allahabad struck down the law on sedition as unconstitutional in the 1950s. Finally, in 1962, the Supreme Court in Kedarnath Singh v. State of Bihar, AIR 1962 SC 955 in a five judge decision, clarified the law on sedition by clearly stating that “a citizen has a right to say or write whatever he likes about the Government, or its measures, by way of criticism or comment, so long as he does not incite people to violence against the Government established by law or with the intention of creating public disorder.” The Apex Court further stated that, “the provisions of the sections read as a whole, along with the explanations, make it reasonably clear that the sections aim at rendering penal only such activities as would be intended, or have a tendency, to create disorder or disturbance of public peace by resort to violence.

As already pointed out, the explanations appended to the main body of the section make it clear that criticism of public measures or comment on Government action, however strongly worded, would be within reasonable limits and would be consistent with the fundamental right of freedom of speech and expression. It is only when the words, written or spoken, etc. which have the pernicious tendency or intention of creating public disorder or disturbance of law and order that the law steps in to prevent such activities in the interest of public order. So construed, the section, in our opinion, strikes the correct balance between individual fundamental rights and the interest of public order.” Thus, the law is crystal clear that criticism of the government in strongest terms is permitted, if it does not incite violence or create public disorder. There has to be a direct consequence of the alleged ‘seditious’ speech, in terms of incitement of violence, or committing actual violence. In no other case, the charge of sedition is allowed, especially when individuals are either exercising their democratic right to protest in a peaceful manner, or merely criticising the Government’s policies or actions. Subsequently, the law laid down in Kedarnath has been reiterated and even strengthened over the decades by the Supreme Court, wherein in Shreya Singhal & Ors. V. Union of India (2015), wherein the Court highlighted the distinction between ‘advocacy’, and ‘incitement’, and how restrictions under Article 19(2) ought to be strictly interpreted to not include ‘innocent speech’.

In light of the legal principles mentioned above, it is very clear that in each of the recent three cases of alleged sedition, the police has not bothered either about the law or about the facts of the case. To arrest 50 TISS students for raising slogans supporting Sharjeel or to charge the teacher and a mother of a child for a play with alleged insulting remarks against the Prime Minister with the charge of sedition remain the most grotesque examples of the police acting on behalf of the  regime. Even in Sharjeel’s case, there is no evidence that he was either inciting the crowd or advocating violence against the State, but only expressing his deep anguish at the state of Muslims in Assam. Some may consider the language to be unparliamentary/unsavoury, but it is definitely not ‘seditious’. This Government’s sole intention is to deem any expression of dissent as seditious or ‘anti-national’.

The spate of sedition cases show that a bad law is always a bad law, and become a monstrosity in the hands of an authoritarian government. In 2018, the Law Commission of India suggested a re-think or even repeal of the sedition law, and till that happens, the Commission recommended that “Section 124A should be invoked only in cases where the intention behind any act is to disrupt public order or to overthrow the Government with violence and illegal means.” Thus, the writing is on the wall that the law on sedition has to go, like other draconian laws like Unlawful Activities (Prevention) Act, 1967 and Armed Forces Special Powers Act, 1958.

Cover Image: A poster against the Sedition Law

Also read Dissent in the Times of Sedition 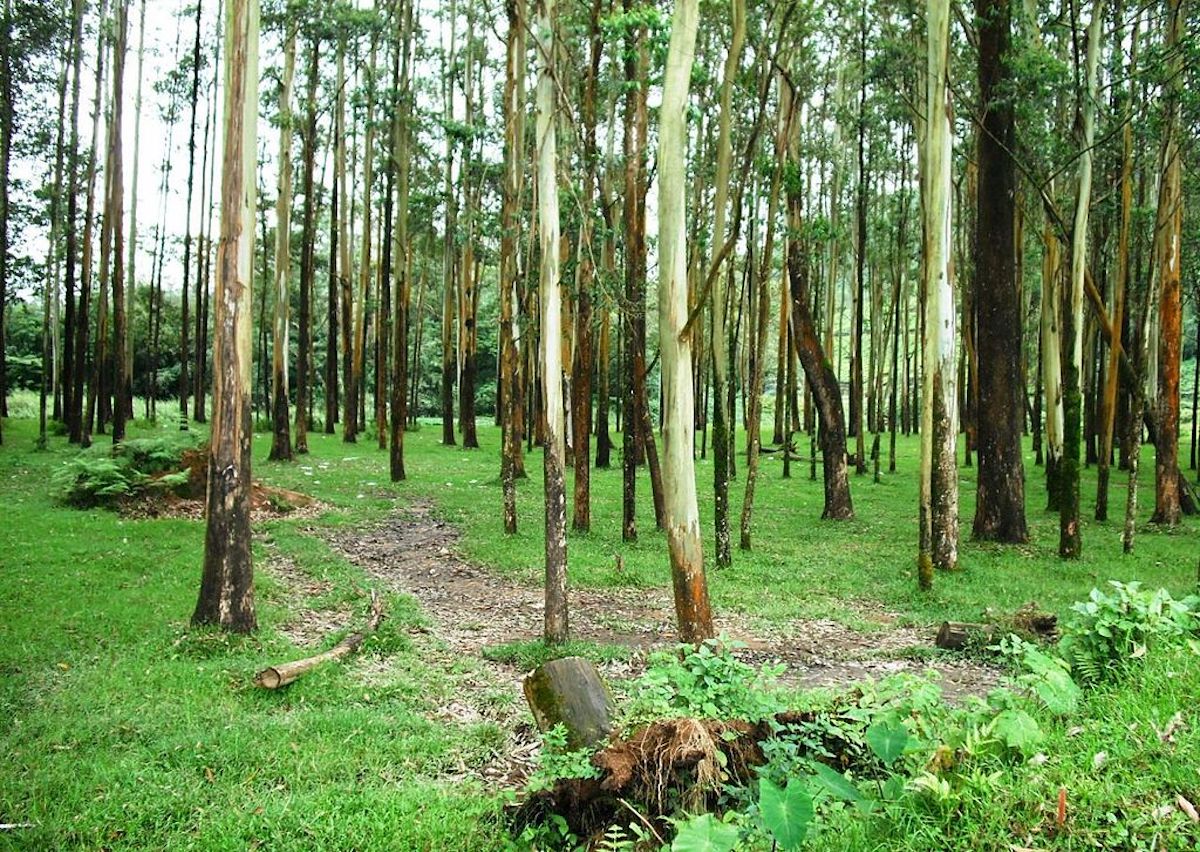