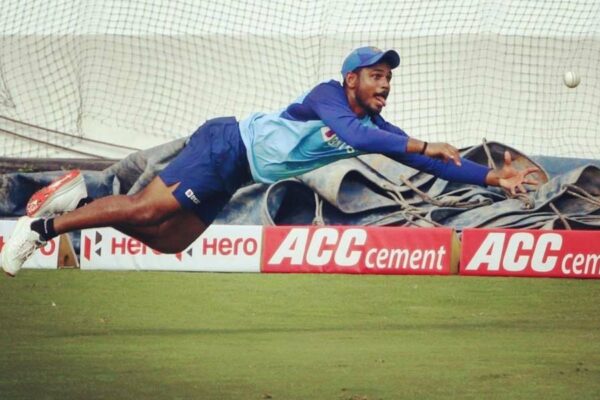 The atmosphere in the Greenfield International Stadium in Thiruvananthapuram was electrifying as India and West Indies did their pre-game warm-ups on Sunday. That camaraderie the crowd shared with the players, however, took a distinct U-turn soon after the game began when Rishabh Pant let go of a catch behind the stumps to give the West Indian opener a life.

The angry crowd chanted “Sanju, Sanju” to mock at Pant, who has, of late, invited wrath from Indian fans for his inconsistency. Before the start of the series, Captain Virat Kohli had made it a point to appeal to the crowd to not “shout” and “isolate” Pant and to “respect” him as a player. This time, a clearly miffed Indian skipper, questioned the crowd with a show of his hands after they brought out Samson’s name to jeer at Pant.

Earlier at the toss, when Kohli announced that they were fielding the “same team”, the whole stadium went into limbo and a hushed silence followed as they expected Samson, who was seen practicing wicket-keeping ahead of the toss, to play. His omission from the T20I squad at the beginning of the series had not sat well with the Keralites either, who expected him to be given a game during the Bangladesh series before he was dumped. 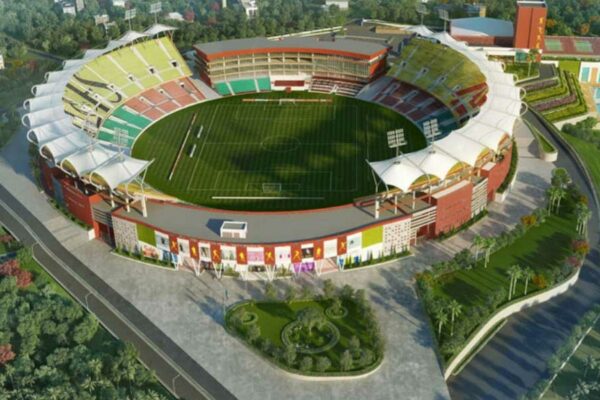 Cricket takes center stage in the football-crazy state once again

Ask someone in Kerala about the Santosh Trophy or I M Vijayan and the odds are that you would get an eloquent speech that would also include the epic 1973 Santosh Trophy final win at the Maharaja’s College ground in Kochi, the 1992 comeback in Coimbatore and the most recent triumph at the Salt Lake Stadium in Kolkata where they grabbed their sixth title win.

Football is a sport etched into the heart and soul of this state. Fans throng the Jawaharlal Nehru Stadium in yellow–the much adored ‘Manjappada’—to watch the Kerala Blasters in the Indian Super League year after year, despite their team’s underwhelming performances. 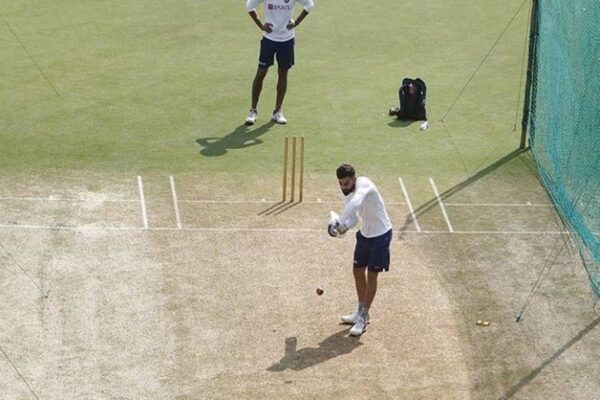 It’s very unlikely that Bangladesh would be backing themselves to win when the two teams meet at the Holkar Cricket Stadium in Indore for the first of the two Tests tomorrow. Such has been India’s domination at home that most touring teams now are just happy to compete.

The biggest sign of India’s relaxed attitude ahead of the Test was that the skipper, vice-captain and some of the other players were seen sweating it out in the nets with the pink ball in the twilight hours, two days prior to a red-ball Test. Such has been the focus on the day-night Test in Kolkata (the second of the series) that India does not want to be undercooked for the occasion. With the pink ball being an unknown, Team India was content to warm-up to this Indore Test by practicing with it.

Will that leave them circumspect against the red ball at Indore? Unlikely, given how bullish India is in this format. India sits atop the World Test Championship table and Bangladesh, without the talismanic Shakib Al Hasan, should ideally be a pushover for the hosts—but the last thing this Indian team has advocated is complacency. They will, however, want to wrap things up quickly and not give the tourists any opening. 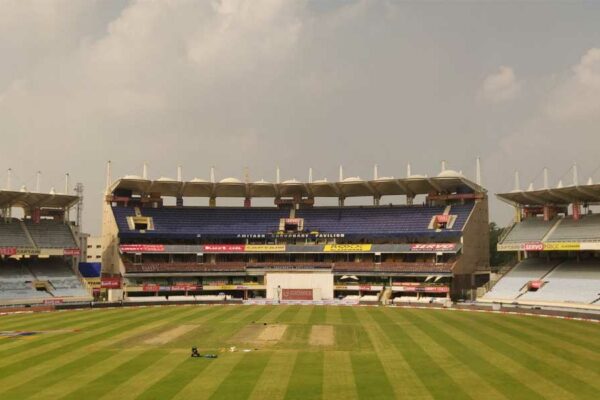 During the T20I series preceding the Tests, when South Africa’s batsmen—prominently Quinton de Kock and Temba Bavuma—exhibited excellent temperament and judgement against the spinners, it almost seemed as though the Proteas were more intent on milking those singles to prepare for the Tests, rather than seeing to the immediate task at hand.

However, like with all their ICC tournaments, the bigger stage has seen them flatter to deceive. The only consolation is that they aren’t the first team to feel the heat in India. That they have the best record in Asian countries for non-Asian teams is history. And India’s dominance at home is the present-day reality.

Beating India in the subcontinent seems like a far-fetched dream so much so that social media has been trending with World XIs to beat India at home. South Africa does’t have a dream team. Since their first team XI hasn’t done well, it is inevitable that we will see changes in the visiting camp. 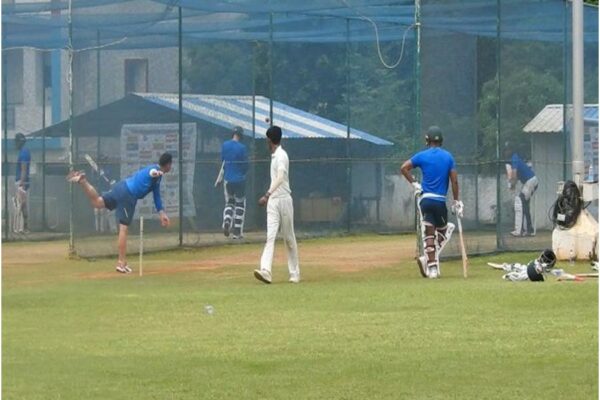 After a short regroup following the Vizag Test, India and South Africa will reassemble at Pune to resume their battle for the No.1 ICC ranking, which, by the way, is still at stake. Should South Africa beat India in back to back Tests and win the series, they will usurp the hosts as the No.1 ranked side. But, that is a huge IF considering how visiting teams have performed in the country in the last decade. It has taken herculean team efforts to beat Indian in India and that is exactly what South Africa would seek from its players.

At Vizag, they were aided by sparks of brilliance from a few individuals. But to beat India they will need a team effort and Faf du Plessis would know that. On the pace front, at least, South Africa will be intent on righting their wrongs from Vizag. Notably, they were superb with the new ball on day one but failed to generate breakthroughs and it is this they will want to correct at Pune.

India, on the other hand, has few worries. The batting group is settled, the spinners did their job and with Mohammed Shami also stepping up in the first Test, there really isn’t much India to need to specifically worry about. That said, the Pune surface could be a potential discussion topic in one of those drawing board discussions. 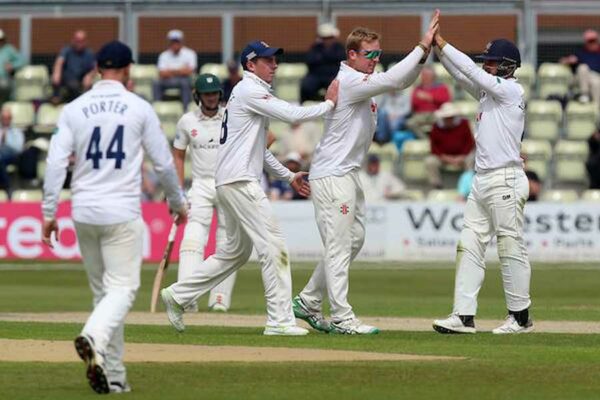 Last Saturday, Essex won their first white-ball title (T20 Vitality Blast) in the English domestic circuit since 2008. If they avoid Championship defeat against Somerset this week—which they should due to rains—Essex would have its second Championship title in three years. Leading their efforts from the front has been the South African Simon Harmer, a Kolpak recruit who is the leading wicket-taker in the Championship and the club’s white-ball captain.

On a jam-packed Saturday at Edgbaston, the site of one of South Africa’s worst cricketing memory (the 1999 World Cup semi-final), Harmer shone in the semi-finals and finals to help Essex to a title win, grabbing two Man of the Match awards in the process. The spinner took four wickets in the semis and then went on to take three more in the finals aside from producing a crucial cameo with the bat to lead the side to the title.

A week earlier, Kyle Abbott of Hampshire, another Kolpak player, grabbed a mind-blowing 17 wickets–the best haul in first-class cricket since 1956–in a County Championship game including 9 for 40 in an innings. Harmer and Abbott are the top two wicket-takers in Division One of the County Championship this season. 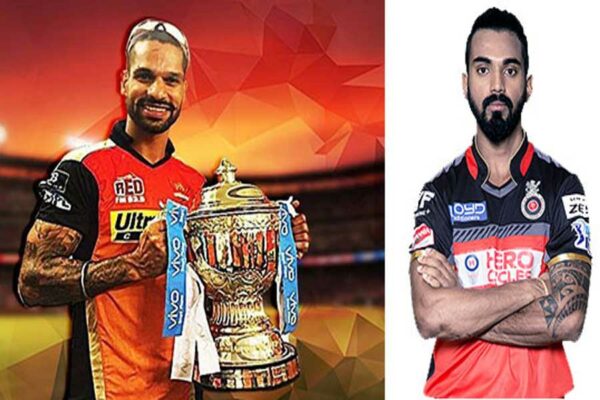 Why India should swap Dhawan with Rahul in T20Is

At Bengaluru earlier this year, in the second T20I of the series against Australia, India opened with Shikhar Dhawan and K L Rahul. The duo put on 61 in seven overs after Australia put India in to bat. Dhawan’s innings was a painful 24-ball 14 while the free-flowing Rahul blasted 47 in 26 balls.

The next T20I India played was against West Indies after the World Cup. In the two matches at Lauderhill, India opted to sit Rahul out and went with Dhawan alongside Rohit Sharma but the southpaw never quite got going.

In the third T20I, Rohit was rested and both Dhawan and Rahul failed in this match. By the time South Africa arrived in India, the management was once again backing Rohit and Dhawan at the top.