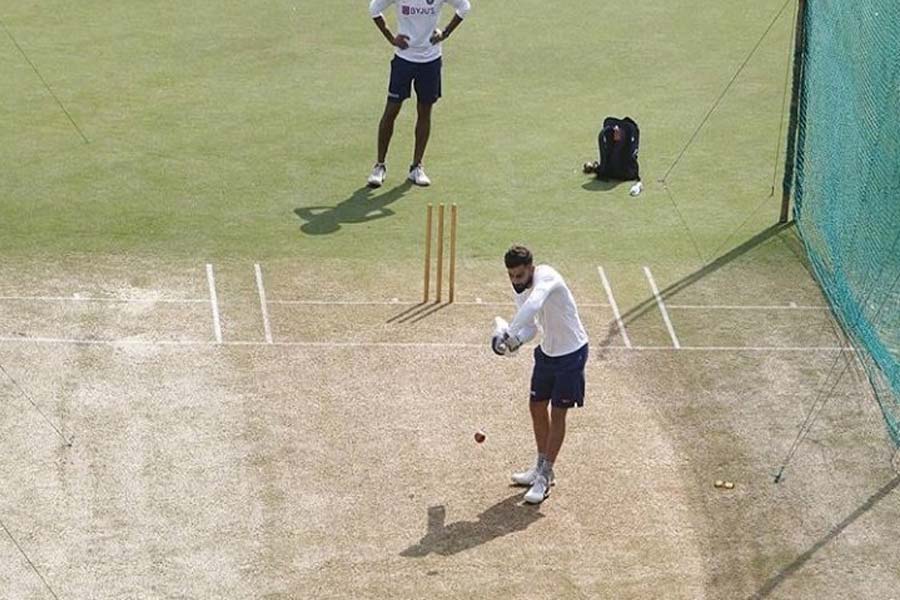 It’s very unlikely that Bangladesh would be backing themselves to win when the two teams meet at the Holkar Cricket Stadium in Indore for the first of the two Tests tomorrow. Such has been India’s domination at home that most touring teams now are just happy to compete.

The biggest sign of India’s relaxed attitude ahead of the Test was that the skipper, vice-captain and some of the other players were seen sweating it out in the nets with the pink ball in the twilight hours, two days prior to a red-ball Test. Such has been the focus on the day-night Test in Kolkata (the second of the series) that India does not want to be undercooked for the occasion. With the pink ball being an unknown, Team India was content to warm-up to this Indore Test by practicing with it.

Will that leave them circumspect against the red ball at Indore? Unlikely, given how bullish India is in this format. India sits atop the World Test Championship table and Bangladesh, without the talismanic Shakib Al Hasan, should ideally be a pushover for the hosts—but the last thing this Indian team has advocated is complacency. They will, however, want to wrap things up quickly and not give the tourists any opening.

Temperatures hovering around the 30 degree Celsius mark is expected for all five days of the Test match. The hot climate, compounded by the lack of wind, could see the pitch wear out quicker than usual. Virat Kohli’s call for five major Test venues might take time to be fulfilled. Indore isn’t a mainstream venue despite the Holkar legacy and has hosted just one Test prior to this—in the 2016 series against New Zealand when India won by a whopping 321 runs and Virat Kohli scored a double hundred.

This Indian side is a far cry from the one that Virat Kohli chopped and changed for 39 successive Test matches at the start of his captaincy stint. No changes are expected here despite the tendency of the management to spring surprises. Ajinkya Rahane rightfully gets the nod ahead of Hanuma Vihari. Kuldeep Yadav should continue to be the 12th man given how the pitch might be slightly more aligned to pace bowlers.

Bangladesh has a huge task up their sleeve but it might well be compounded by India’s affinity in recent times towards pacy wickets. If Indore dishes out one such track, the one strength the visitors have—spin—might be negated. Identifying their best XI in such a scenario could become a major headache. This is particularly important with the Bangla Tigers having a less than settled batting line-up. They haven’t won a Test in 2019 and their last loss—an embarrassing one to Afghanistan—came with Shakib Al Hasan still in the playing XI. This might turn out to be a lot tougher than the tourists anticipate, especially with their new skipper, Mominul Haque, a less than convincing batsman away from home.

Mushfiqur Rahim: Forget the fact that he isn’t going to keep in this series; Rahim will be Bangladesh’s biggest hope as they step out onto the field at Indore. He has an outrageous knack of finding his mojo against India and it came to the fore yet again in their Delhi T20I win. When it comes to Rahim, he has the innate ability to perform well in big matches and Bangladesh sorely needs that from him.

Rohit Sharma: Talk about the upcoming away tours how much ever you want, but Rohit Sharma is set to make the most of his time at the top of India’s Test line-up at home. The Mumbaikar made a mockery of South Africa’s bowling attack and Bangladesh will know Rohit is as potent in this longer format as in the shorter ones in the subcontinent. 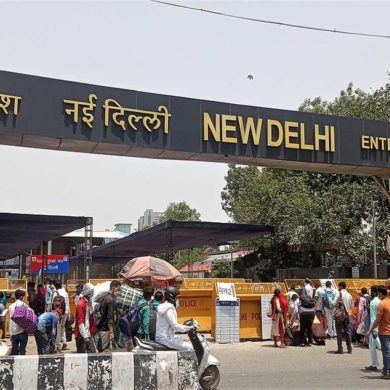 The Long March of Bharat