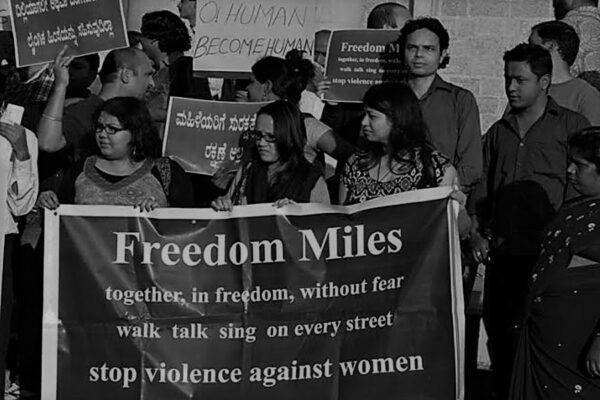 If on the basis of the testimony of the survivor, the perpetrators of the crime are caught, then the other part of the trauma begins. An illustration of this is what has come to be known as the Shakti Mills rape case. On 22 August 2013, less than a year after the furore that followed the gang rape in Delhi, and after the Verma Committee report led to a change in the rape law, a twenty-two-year-old photojournalist and her colleague were accosted by a group of men when they went to take pictures of an abandoned textile mill in Central Mumbai, a stone’s throw away from a busy railway station. The woman was gang-raped while her colleague was beaten up.

Luckily for her, even though traumatized—the rapists filmed the act—she had her wits about her. After the rapists walked with her and her colleague to the nearby Mahalakshmi railway station, where they issued dire threats that if they were to report the incident to the police, the videos of the rape would be released on social media, the woman decided to go immediately to the nearest hospital to get a medical examination. Changes in the law after 2013 established that any hospital, private or public, would have to attend to a rape survivor, report to the police and conduct a medical examination. Earlier, only public hospitals could do this.

The fact that she was a journalist, that her seniors came immediately to her aid as did other journalists, helped ensure that the police did not delay in moving on the case. The five men were soon arrested and charged. The case was heard in a fast track court and judgment delivered within six months.