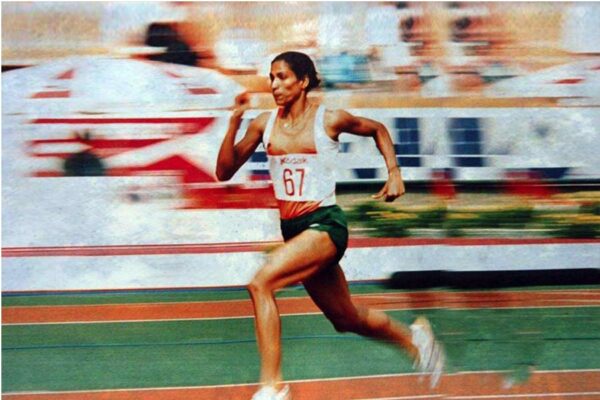 God’s own country: Kerala. The state owes this title to several reasons, the primary one being its timeless traditions. People like Meenakshi Amma have been the torchbearers for keeping the ancient tradition of Kalaripayattu, an Indian version of the martial arts, alive. There have been many Meenakshi Ammas across generations who have played a pivotal role in keeping dance forms, sports, ayurveda, herbal spas and many more timeless traditions alive. Gradually, one more tradition with huge potential has started building up—a pantheon of athletics goddesses in God’s own country. Angel Mary John won the silver for India at the Bangkok Asian Games in 1978. Subsequently, M D Valsamma, P T Usha, Shiny Wilson, Mercy Kuttan, Rosa Kutty, Padmini Thomas, Philomina Thomas, Saramma, Tessymol, K M Beenamol, Anju Bobby George, Chitra Soman, Sinimol Paulose and Preeja Sreedharan came one after another, further strengthening and enriching the tradition. This low-cost assembly-line of raw talent has saved the face of the country many a time at the highest of the global sporting platforms. If we see the list of Arjuna awardees from the state, this becomes all the more striking.

M D Valsamma came into the spotlight after the inter-state meet at Bangalore in 1981 by winning five gold medals. This catapulted her into the railway and national teams. In the year 1982, she became the national champion in the 400 m hurdles, with a new record. This record of hers was considered better than the Asian record. In the same year, she won the gold medal in the 400 m hurdles in what was a record time in both Indian and Asian hurdles—58.47  sec in front of a home crowd at the Jawaharlal Nehru Stadium in the Asian Games. Two years later, for the first time in history, the Indian women’s team entered the finals in the Los Angeles Olympics and finished in the seventh position. The moment and its significance in the given circumstances could best be understood by the article published in the name of M D Valsamma in The Hindu. The article reads:

I was not in the best frame of mind when I went to Los Angeles for the 1984 Olympics. I was the Asian Games champion in the 400 m hurdles which came with an Asian record in 1982 but I did not get any international exposure before the Olympics.