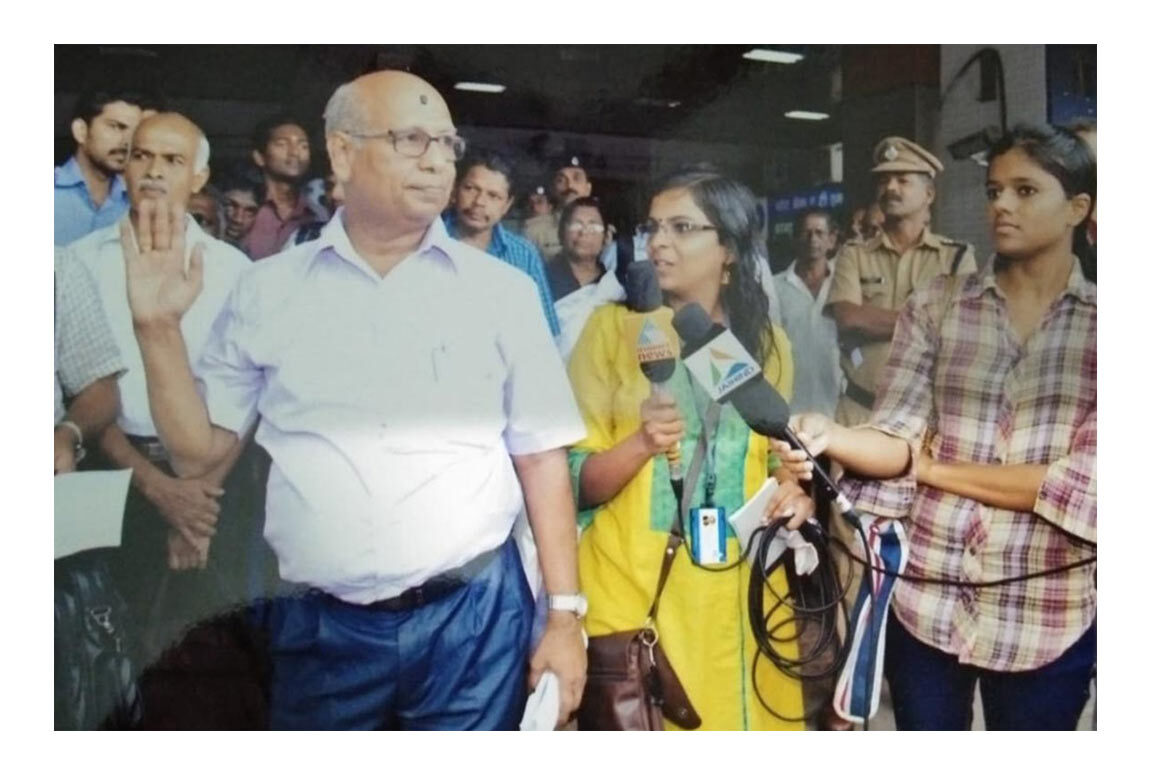 As far as familiarity to co-travellers is concerned, no daily railway user on the Kottayam–Ernakulam route is as widely known as this septuagenarian: K J Paul Manvettam.

It is doubtful if there is any other railway passenger in Kerala who has been travelling continuously in the same sector every single day. The person has been commuting daily between Kuruppunthara and Ernakulam for the past 53 years. Perhaps no day is complete for him without discussing trains with his friends. In his 53 years of daily commute, prior to the Covid-19 lockdown that has put a break on his travels, only once before did Manvettam take a similar break for more than two successive months—it was when he was visiting his younger brother in the USA.

The 71-year-old requires hardly any introduction in Kerala’s railway fraternity for more than half the daily travellers would have met him at least once to sort out issues related to their travels.

Owner of an optical shop on Kochi’s T D Road, Manvettam, who is popularly known as “Theevandi Paul” among the travellers over the years, started his daily journey between his native village near Kuruppunthara and Kochi as a teenager while serving a well-known optical outlet in the city.

It was on May 15, 1967 that he made his maiden journey by train from the station, about 5 kilometres away from his home. “An ordinary ticket between Kuruppunthara and Ernakulam Junction those days cost 75 paisa, then a princely sum while a private bus journey between the two places would cost Rs 1.40,” remembers Manvettam, while narrating his experiences, that included the chugging of the steam engines that pulled the coaches  and  daily passengers playing cards to wiling away their time…. “When Indo-Pakistan war broke out in 1971 over Bangladesh, the government imposed a levy of 30 paisa and the ticket rate shot up to Rs 1.05,” he says.

The most difficult period for season ticket holders was between 1973 and 1975 when railways cancelled passenger services because of  a major shortage of coal, says Manvettam, while gathering his memories of his daily journeys in the Venad Express on account of this reason. Venad ran as a passenger between Kottayam and Ernakulam during the two-year period.

“For almost 28 years, I used to return home only twice a week (sometimes thrice) as no return train was available after my duty hours. The last train to Kottayam sector used to leave the Ernakulam Junction  Railway Station by 6 pm. Hence, most of my evening journeys were either in a private bus called Gomathy or the Kerala State Road Transport Corporation (KSRTC), in particular a Fast Passenger service to Kozhencherry,” recollects Manvettam, who remembers that all those KSRTC conductors who did duties those days are no longer alive.

Over the years, thanks to his daily commute, Manvettam’s growing visibility and familiarity in the railway circles took him to the divisional and zonal consultative committees of the Southern Railway. “That was possible because of my friendly nature brought me closer to many a senior railway official and they inducted me, sometimes, over a mere telephone conversation, in the respective panels,” says the optician who has a history of championing several railway-related causes, especially in the last three decades.

“Ernakulam Junction station has witnessed so many protests led by Paul Manvettam in the last 35 years,” George, who too, has travelled for more than 20 years from Vaikom Road to Ernakulam.

Apart from the day he took on his maiden journey, the two important dates that Manvettam remembers vividly are July 1, 1995 and January 3, 1997, both for two different railway issues. “My repeated appeals and representations to the railway officials for a daily passenger train from Ernakulam to Kottayam after 7.30 pm were answered when a passenger train was introduced on July 1, 1995.  For many daily passengers like me, the new train was like a baby born late to a couple after several years of daily prayers.”

Rally for doubling of route

Similarly, January 3, 1997, was an important day for the railway passengers travelling on the Ernakulam-Kayamkulam route via Kottayam. It was on that day Manvettam and some of his friends took out a jeep rally from Chengannur railway station to Ernakulam, highlighting the necessity of doubling the 114 kilometer route. The rally covered every railway station along the route and some of the legislators of the constituencies through which the line passed gave overwhelming support to the cause. “Actually, it was the first full-fledged campaign for the doubling of the route,” he recalls. Still, it took three more years for getting the final nod for the same, remembers Manvettam. Now he hopes the work would be finished by the middle of next year, as indicated some time ago by Southern Railway General Manager, John Thomas.

While recalling his early travel days, the lively elder remembers that almost all those who used to travel with him daily between Kottayam and Ernakulam are no longer around. “I am aware that many of those both elder and younger to me have already departed to the heavenly abode. A handful of others closely known to me sometimes come to my shop and others are seen here and there occasionally. But I don’t think  many who travelled with me in my initial years are alive.”

Even though it has been more than half a century since Manvettam started his daily train journey from Kuruppunthara, it is going to be only 25 years next month since he started his return journeys by train. “It was realised only because of the sincere interest of one of the senior southern railway officials from Kerala. Even though I made many a representation on the issue (of introducing a train to Kottayam from Ernakulam Junction after 7.30 pm), it took many years for the authorities to launch a service to the southern side.” Says Manvettam. He is happy that the return train operating via Ernakulam Town station is a sought after service these days as a number of passengers from the northern districts like Thrissur, Palakkad and Malappuram use the train as it is operates between Nilambur Road and Kottayam. The optician is also hopeful that the railways would consider resuming this service once the pandemic dies out.

Now, though numerous requests are coming from passengers for restoration of rail services in the state, Manvettam feels it is too early to think of that. “Even though the absence of trains has hit the monthly budget and travels of countless passengers, each of us needs to bear in mind that our safety is of paramount importance and we should be co-operate with whatever decisions taken these days by the Railways.”

The daily traveller expresses his gratitude to the railways in no uncertain terms. “I don’t think there is any other country where daily travel is so subsidised that many people could continue to travel at low ticket rates. Of course, everyone may have his own reasoning on this issue. But my feeling is that this facility (season tickets) itself is a blessing in disguise.” The veteran passenger was also quick to point out that the timely intervention of senior divisional and zonal railway officials helped him and his fellow activists belonging to various passenger associations avoid court cases pertaining to detaining of trains during some of the protests.

Manvettam also remembers some of his close friends from among fellow passengers who have passed away in recent years. Ex-staffer at Cochin Port Trust and Konkani litterateur Sivananda Shenoy, Joseph Kanjiramkalayil alias “Rubber band Kunjettan”, Cyriac of Athirampuzha, Mani (Remington), Professor P J Mathew, a professor at Bharatha Matha College Trikkakara, Ibrahimkutty of Kanjiramattam and another college professor by name Varma. “All of them were so attached to me and we even found time to visit each other.” Had Rubber-Band Kunjettan been alive, he would have also perhaps completed almost 50 years of train travel. “He died in his late 70s some 10 years ago,” recalls the Manvettam. 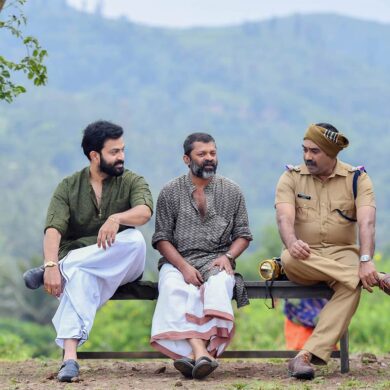