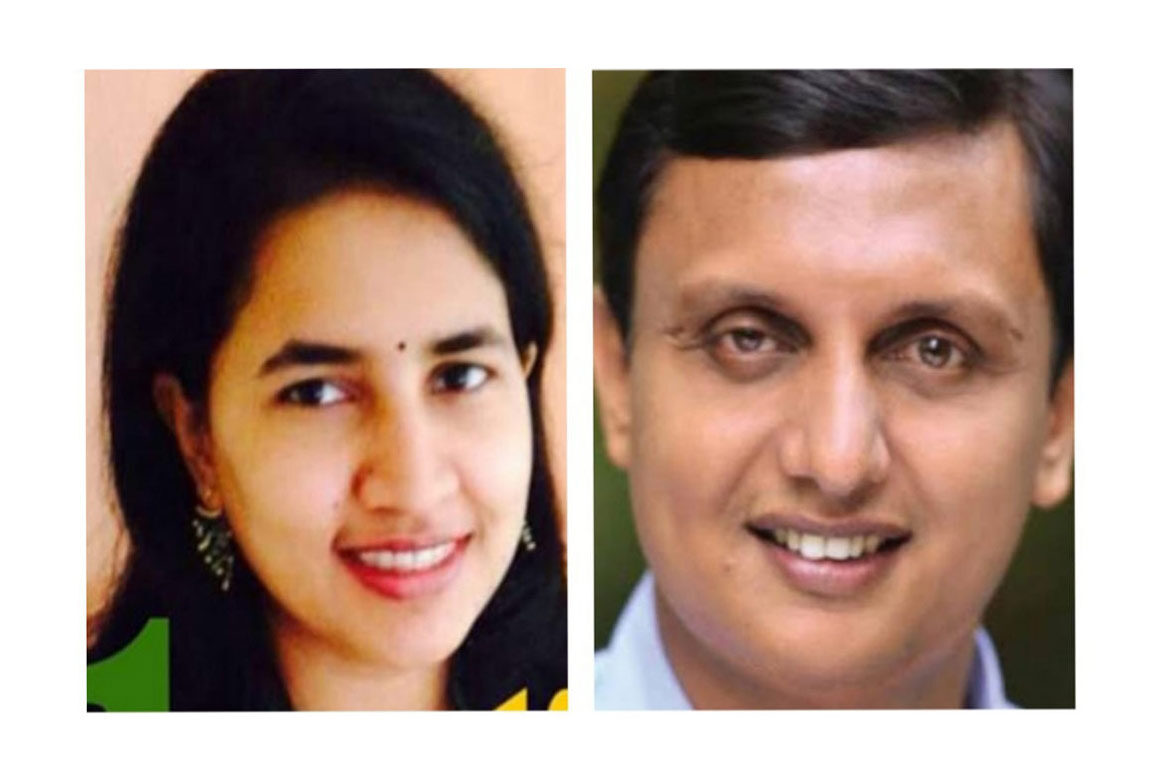 Veena and Mohammad will be man and wife on the 15th of this month. This is not just another wedding. It is an epochal event; a signpost to the future, wiser for the aberrations of the past and the many wounds they inflicted.

My life, burdened with the stigma for being the offspring of an inter-religious marriage, makes me keenly sensitive to a painful truth: religion distrusts and despises love. That is because the small god of religion—the god of the priestly class—is quite a control-freak. God is disfigured into an alibi for controlling the intimate zone of individual life. Who I love, or marry, should be none of the concerns of my priests or bishops. I, not they, have to live with the one I marry. How can they arrogate to themselves the right to decide what is good or bad for me? Priests fear inter-religious marriage, not because the welfare of believers imperilled by it, but because it makes religious boundaries porous and destabilizes priestly control over the flock. Priests take interest in who you should not marry, but no interest at all in how ill or well you live your married life.

It is customary in this context to invoke the instruction in the Bible that one should not be ‘unequally yoked with unbelievers’. As if all Christians are believers. Many pious Christians turn out to be flaming unbelievers. So, Christianity is no more than a label, especially in the context of matrimony? (You don’t need to be a Christian to start a Christianshaadi.com) If marriage between two individuals of the same faith is the stable union of two believers, why are divorces skyrocketing? Even computerised horoscope—a happy wedding of religion and science—fails to help. Why this ever-increasing, simmering conjugal cold war in homes that we dare not talk about?

What should worry us is not galloping divorce rates. Divorce is healthier than life-long mutual hacking that husband-wife relationships enfold, making conjugal relationships smouldering private hells. We need to encourage couples who are stuck in relationships of attrition to emerge from their misery. To insist that a life should be wasted just because a mistake was committed in matrimony is cruel. It is also against the logic of spirituality, which grants and guarantees the freedom to make new beginnings.

But let’s return to inter-religious marriages. The custodians of religions insist that love should be subordinated to ‘faith’. That is the meaning of being yoked together only with co-believers. The decisive consideration is ‘faith’, not ‘love’. It is not a requirement that the believers who marry should be capable of love. In the Bible, however, there is no commandment that faith should reign over love. Rather, the scripture affirms the supremacy of love. But, to the keepers of organized religion, faith is all, and love is nothing. Faith is used to manacle love.

There is a reason for suppressing love with faith. It is irrational and absurd to insist that you must love only one from your fold; for love is universal. If love is the decisive factor, religious barriers become absurd; for love is universal. Also, love admits no labels.  It is, hence, manifestly absurd to say, ‘Don’t love any one outside of my group; for love exists only here’. The only strategy available to rob individuals of their freedom to love and live as they deem best, is to smuggle the Trojan horse of faith into the equation. That is why the prescription is, ‘Do not be unequally yoked together with unbelievers…’ Try and substitute, in this sentence, ‘belief’ with ‘love’. You get, “Do not be unequally yoked together with un-lovers,” which is absurd. It is absurd because no one in his senses can claim that love is found only in his own clan, caste or communal fold.

Faith is, in its very nature, parochial and divisive. It is exclusive. This explains why faith supersedes love in priestly priorities. Whatever is parochial and divisive is irrational. So, irrationality inheres in faith of this kind. By emphasizing faith exclusively and obsessively, custodians of religion succeed in maintaining absolute and irrational control over their followers. In contrast, love is universal. What is universal is rational. Those who say that ‘love is blind’ know not love. It is not love, but lust, that is blind. The blindest of all is lust for money. Truth to tell, love alone is not blind. Faith is wilfully blind when it is parochial and exclusive. What is exclusive needs to be fortified with untruth and hypocrisy. So it happens that religion which is under the control of man is allergic to love and to reason. Love and reason belong together.

This explains why I deem the wedding of Veena with Mohammad an event of epochal significance. They have dared to affirm the primacy of love over faith. It will waft over the Kerala landscape like a wind of liberation. In Hinduism, in Islam, in Christianity, faith is subservient to love. The Bible does not distinguish between love for God and faith in God; but insists that faith is impossible without love. But, the freedom to be faithful to this spiritual insight is not available to those who are more loyal to the church as an establishment. The truth is that a man and a woman, by marrying for love, move closer to God, who is love, than those who marry for any other consideration, including heartless faith.

Veena and Mohammad are not the first inter-religious couple we know. But, given how public perceptions and outlook are formatted in our midst, this wedding becomes a particularly significant signal to the youth at large that the time has come to emancipate themselves from the yoke of narrow-minded, parochial religiosity. I can speak with certainty only of the biblical faith. Jesus would approve more an inter-religious wedding based on genuine love than an intra-religious marriage based on economic calculations or religious exclusivity. He would denounce those who pretend to be authorized by God to shackle love and to suppress human spontaneity.

This wedding is happening in significant circumstances. The corona virus has signalled the end of an era and the painful birth of another. The old, with its redundant baggage, is yielding to the new. The new era must be distinguished for human freedom. History so far has been a chronicle of unfreedom. Everyone has been, one way or another, enslaved. True freedom has remained a chimera.

We have only ourselves to blame for this. Freedom becomes real only when it is claimed and exercised. Most of us didn’t dare to do this. We shackled ourselves and betrayed our species. Now is the time. Where there is love, there is freedom. The foremost duty of human beings henceforth is to move from hate to love, which alone sets people free. We have to create a culture of freedom, with freedom to love as its hallmark.

A wedding undertaken in love-born freedom could be a greater revolution for the liberation of our species than ideological-theoretical attacks on institutions of oppression. Attack activates defence. Love disarms defence. The weapon of the new age must be love, not sword. Love is not a weapon; it is victory in itself.

Let’s unite in blessing the couple, and hail them as the sign of hope the future harbours. 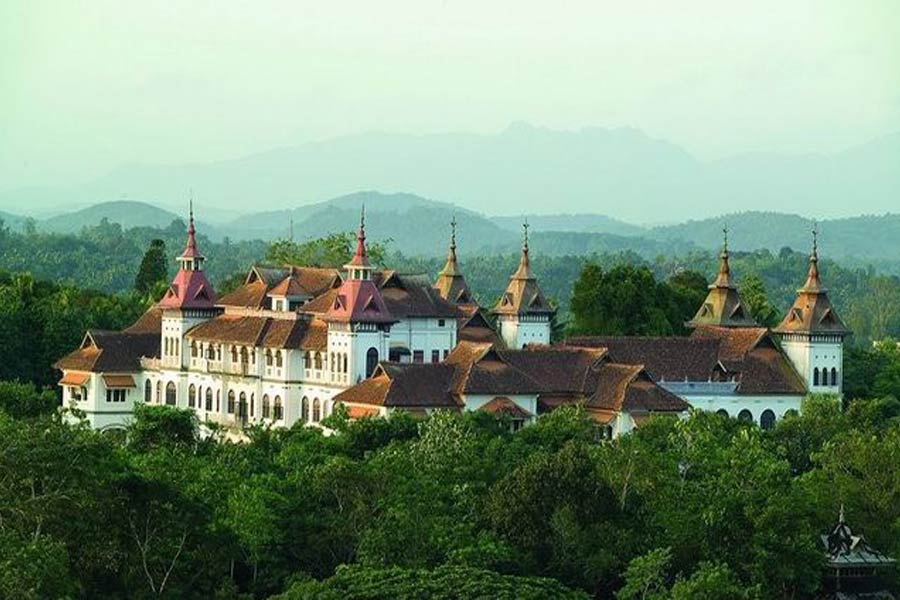 The Princess of Travancore and The English Tongue