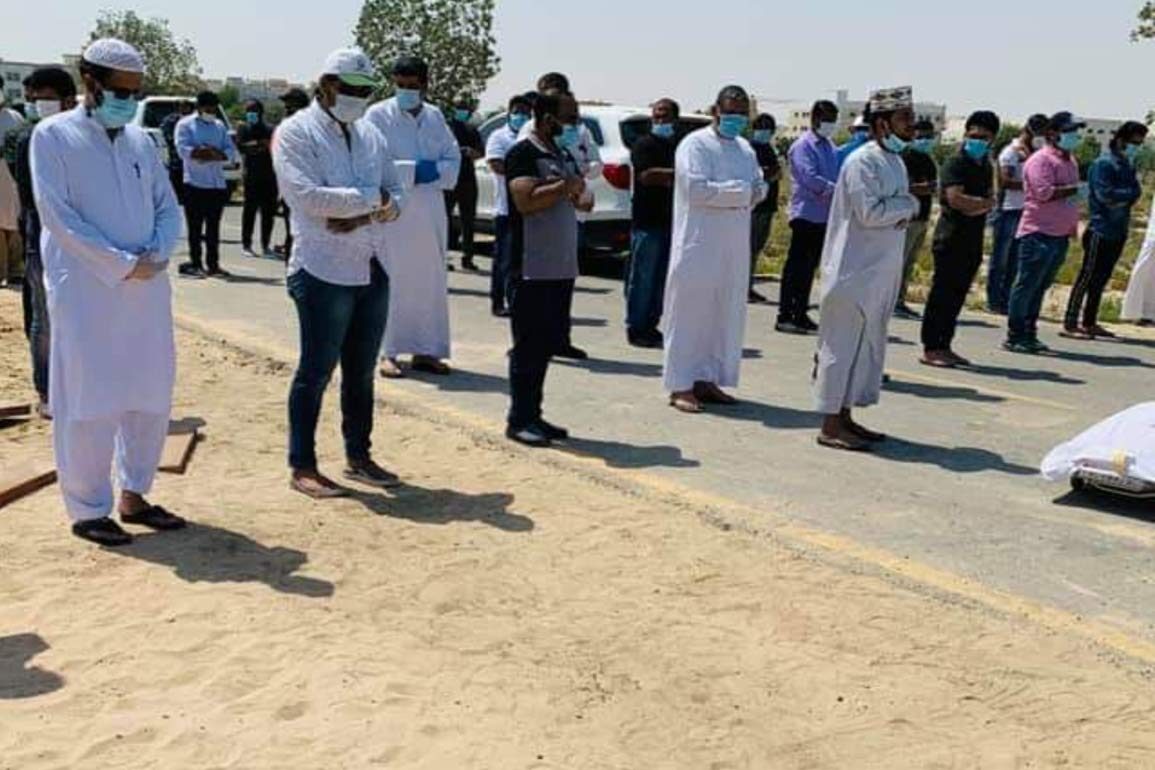 Jalal Pokkakilathu, 42, who was working in a Kuwaiti national’s house died alone in Kuwait on June 5. His family lives in Munakkakadavu in Chavakkad, Thrissur, and they are yet to come to terms with his passing away. Ashker Ali, a Kadappuram ward member, says by the time Pokkakilathu sought medical treatment for his illness it was too late. He tested Covid-19 positive.

According to Ashker Ali, Pokkakilathu has three sons. A day before he died, he had sent a voice message to his family members seeking prayers. Pokkakilathu, who is otherwise a very active person sounded tired, and spoke with great difficulty. Hearing the news of Pokkakilathu’s death, his wife collapsed and was admitted to the hospital. His friends in Kuwait sent pictures of the last rites to the family. That was the last image they had of their dear one who passed away.

Social media is flooded with messages and pictures of people who have died in the Gulf. Sharafudheen Munakkakadavu, who is a social worker based in Chavakkad, who used to often visit the Gulf region as part of charity-related work, advices that the best thing the Non Resident Keralites (NRK) could do now was to avoid sharing Covid related news and photos on social media.

“I send motivational messages to several people in the Gulf on WhatsApp broadcast groups. The focus needs to be on Covid prevention measures and at this point, I request NRKs in the Gulf to avoid news focusing on Corona-virus deaths around them,” he says.

As Covid deaths increase in the Gulf, other issues too loom on the horizon—Job loss, pay cuts, Covid-related anxiety, the excruciating wait for air tickets to fly back home, and fears of last rites being conducted in a foreign land in case of death—the ordeal of NRIs/NRKs in Gulf Cooperation Council (GCC) is endless without any sign of easing.

Mental issues and depression among NRKs are a direct result of these anxieties. Besides that, it is manifesting as lifestyle diseases like diabetics and blood pressure leading to death due to heart attack.

Till now more than 207 NRKs have died in GCC due to Covid of which 93 occurred in UAE, 58 in Saudi Arabia, 32 in Kuwait, six in Qatar and four in Oman. (There is no proper data available on NRK deaths.) Bahrain is the only country in GCC from where deaths of NRKs have not been reported yet.

In most of the countries in GCC, the number of cases has slightly declined in June as compared to May. However, even after the lifting of restrictions, the economy in the Gulf has not yet shown signs of making a comeback.

Speaking to The Kochi Post, NRI activist, Seebow Sasi, based in Alappuzha, who works as a senior surveyor with a construction firm in Dubai says that only around 20 percent of NRIs/NRKs who wish to return to India due to job loss or other issues could manage to get the Vande Bharat Mission (VBM) flight tickets to be repatriated back home. The VBM started on May 7. A leading newspaper in UAE, Gulf News, had reported on June 8 that in the first and second phase of VBM only six percent of NRIs in UAE registered for evacuation flights were able to fly home in one month.

Sasi says that his friend from Chengannur who has been waiting to get a VBM ticket after he lost his job four months ago is yet to get a response from the Indian Embassy. He has been sending mails to the Embassy officials about his financial troubles. He has run out of money and  depends on his friends and volunteer organizations for food and rent. The Kochi Post had reported the sufferings of this native from Chengannur in May.

“Of late, along with Covid-related deaths, death due to heart attacks are rising among NRIs/NRKs. While some are mentally prepared to face any kind of situation due to Covid, some are immensely tense even if they catch a slight fever. Another friend of Seebow, who is from Kayamkulam and was working in Ras Al Khaimah, became terribly frightened when he contracted pneumonia and started telling his friends and family members back home that he had Covid and was going to die. The very night he was admitted to the hospital he suffered a massive heart attack and died. “But he tested negative for Covid,” Seebow says.

An expert on issues related to migrants in GCC and former journalist with leading newspapers in Oman, Rejimon Kuttappan, says that the Indian government failed to act proactively even as World Health Organization (WHO) declared Public Health Emergency due to COVID-19 on January 30 and it as a pandemic on March 11.

According to him, countries like Bangladesh, Sri Lanka and Philippines acted much before India in repatriating their citizens using chartered flights. “These countries did not take any payment from labourers for evacuation. I am not belittling, Minister of External Affairs, S Jaishankar, who is a former diplomat. However, in dealing with contingency situations politicians like Sushma Swaraj (late former external affairs minister) could have done better. There are certain things only politicians like Sushma Swaraj could do by talking to the governments in GCC,” says Kuttappan who had witnessed several high-level meetings of Sushma Swaraj in the Gulf.

Rejimon says that from January 30, the day the first Covid case was reported in India, till May 7, the day of operation of the first VBM flight, Indian government could have set up quarantine centers at schools run by Indians and warehouses owned by Indian businessmen in the Gulf.

He also says that during the lockdown period, there was lack of availability of medicines for lifestyle diseases and cancer in staff and labour camps which are situatied away from cities in several locations in GCC.

“Along with health issues, mental issues among the NRIs are also increasing and in view of lack of proper psychotropic medicines, clinics and hospitals are sending back patients who seek treatment for anxiety by giving them pills for sleep,” Rejimon Kuttappan says.

He said that in most of the GCC countries, the hospital rooms were filled with Covid positive patients and field hospitals had been set up in deserts where a large number of expatriate workers from different nationalities were made to stay together and given two-tier beds to sleep.

“If the health authorities pick up a positive patient, no information is given to those close to him about where he is being taken to and some Covid deaths are reported to the concerned embassies only after a week or two,” Rejimon ads.

He also said that of the 3 lakh NRKs in the Gulf who have registered with NORKA to return to Kerala, 60,000 had mentioned job loss as reason for return.

NRK deaths due to Covid and heart attack are rising in GCC. NRI activist and Dubai-based mechanical engineer Nithin Chandran, 28, suffered a heart attack in his sleep came as a shock. His wife and telecommunication engineer Athira Geetha Sreedharan, 27, had earlier moved the Supreme Court in India demanding repatriation flights from GCC for pregnant women.

Athira who returned in the first VBM flight from Dubai was then eight months pregnant and she gave birth to a baby girl. According to friends of Nithin in Dubai he was having issues related to heart and blood pressure and he couldn’t pay proper attention to this due to his voluntary.

Cover Image: Funeral prayers being held in the Gulf 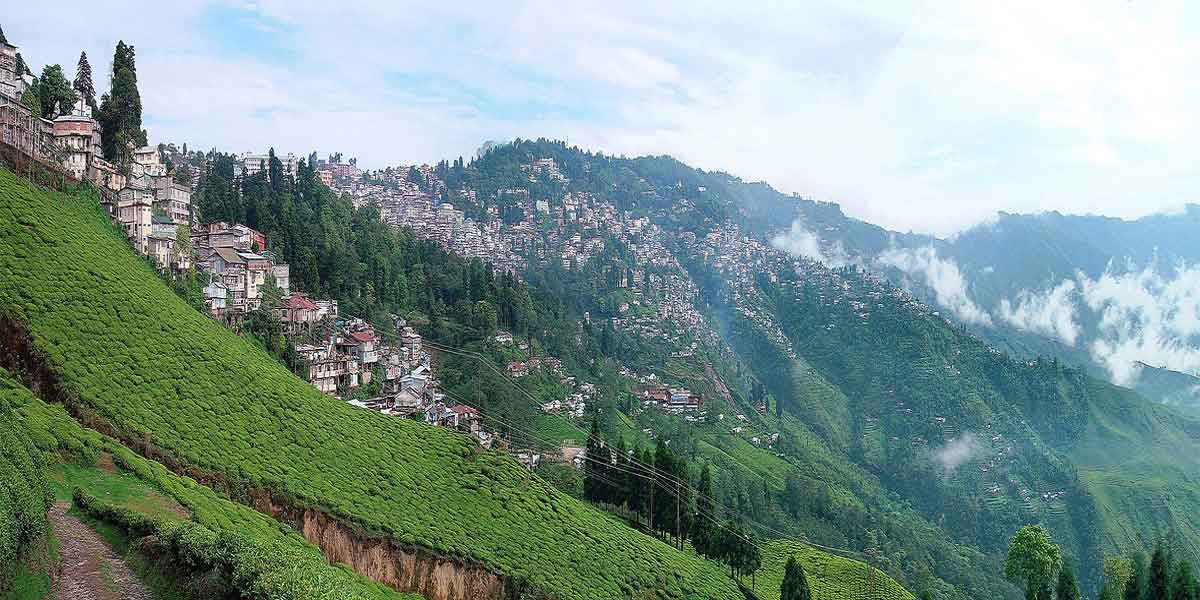 Breathing through the veins of eternity…Darjeeling