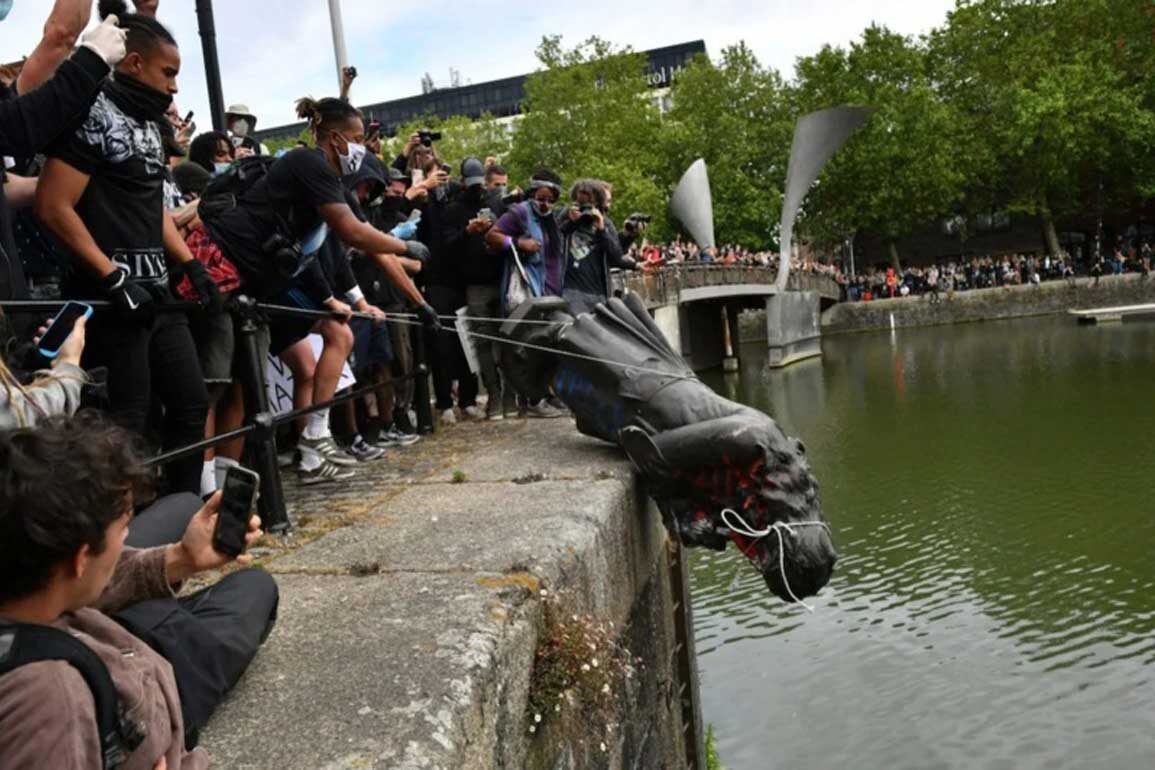 When Statues Make Way to Right the Wrongs of History

History is making a comeback. For long a prisoner to the victors in battles long forgotten, now it seems to be a weapon in the hands of the vanquished. As the anti-racist demonstrations that kicked off in the United States in protest against the killing of a black man by the police spread all over the world, we are witnessing a much delayed stock-taking of history as it has been told to us from generation to generation.

And at times, the process of stock-taking takes a violent turn as in Bristol, UK, the other day. The protestors that gathered in the English city pulled down the statue of a 17th century slave trader and pushed it into the river, thousands of men and women applauding this monumental act of a symbolic rewriting of history. They were bringing justice to the memories of those thousands who perished at the hands of the gentleman, Edward Colston, whose trading firm, the Royal African Company, transported hundreds of thousands of men, women and children from the continent of Africa to the newly found plantations in the southern parts of America in the 17th century.

The incidents at Bristol bring into sharp focus the great battles in history that remained confined to the closed realms of academia into the open arena of public sphere, with ordinary people doing their bit to right the wrongs. Karl Marx once said the philosophers have only interpreted the world, in various ways; the point is to change it. He thought it was for the ordinary people to undertake this task. Now, exactly that is what is happening around in these most tumultuous times in contemporary history.

History has always remained the handmaiden of the winners in the historical battles for dominance, who dictated its terms. Most often, the terrible injustices in the past were air-brushed in its writing as has been the experience of the colonised peoples in Asia, Africa and other continents. The victors remained respected figures in the hallowed precincts of history and often, they were hailed as great philanthropists, social reformers and political personages.

That travesty of truth that has been practised in the writing of history is being vehemently questioned all over the world, as the incidents in the anti-racist demonstrations in the United States, the United Kingdom and Australia and other places have shown. History, or more correctly the one-sided portrayal of history, is being questioned by those whose ancestors had to face the terrible injustices at the hands of the powerful and remained mere unaccounted collateral damage in the great historical events in the past. In the United States, the people in Virginia, which had been one of the staunchest Confederate States during the American Civil War, have been demanding the removal of the statues of Robert E Lee, the Confederate general who took on the forces of the Union led by Abraham Lincoln. But Lee remained where he was, high on his pedestal at the public squares riding the horse and looking down upon the people whom he had subdued as a fierce defender of the rights of the slave-owners.

But once the Black Lives Matter agitations became a powerful force, drawing thousands of people across the towns defying fears about corona virus contagion, the authorities in cities like Richmond have decided to pull down Lee statues. Recently, Robert W. Lee IV, a descendant of the celebrated general, writing in The Washington Post defended the public demand for the removal of the Lee statues, arguing that Lee’s idea of history is no longer valid. He said his ancestor was fighting to defend “the rights of the states to enslave African people in the United States of America.”

In Bristol, there have been demands for an honest reappraisal of the town’s history and its adoration of slave- trader Edward Colston, whose name appears on the streets, schools and public halls around the city. Colston was one of the leading figures of slave trade in 17th century, and historians say that his company had profited from the huge slave trade in one of the most notorious chapters of colonial history. Colston was a person from Bristol and he ran his business activities across the oceans from his London office, to later return to his home town as a philanthropist, politician and public figure. His statue remained on the public square bearing his name for many decades until the activists collected on the city square put a rope on his neck and pulled him down from his pedestal. As historian David Olusoga noted on BBC, the removal of Colson’s statue was long overdue, as he was not a person who did anything great that deserved public adulation, but only a slave trader and a murderer. His place was not in the public square, but in a museum where people could contemplate the events in history in a more dispassionate manner. 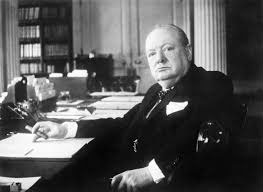 But in Britain, Colston is not the only one who is facing a reappraisal from history. Even Winston Churchill, the great leader of Great Britain during its epic battle against Hitler, is facing a very uncomfortable re-examination. His statue at the Parliament Street in London has been recently covered with graffiti, declaring that he was a racist.

As the debate got heated up and many historians from the US pointed fingers at the colonial masters from Europe who wrought havoc to aboriginal peoples across the continents, someone reminded them about George Washington, the leader of the American war of independence, who was also a slave owner. And that is equally true of many other founding fathers like Thomas Jefferson, who held slaves as his private property even as he wrote that great and wonderful document, The Declaration of Independence, which emphatically declared, ”All men are created equal.”

This is a paradox in history. Great ideals often find themselves orphaned by their own creators. In fact, in the recent upsurge of historical reassessment of great personages across the continents, even Mahatma Gandhi was not spared. Recently, some African scholars dubbed him a racist for his early portrayal of the African natives as “kafirs” in his early writings while in South Africa. That was a very unfortunate epithet to describe the native people, though in later years in South Africa, Gandhi had distanced himself from such widely prevalent racist prejudices and treated African nationalists with great respect. However, those early writings are still held up against the Mahatma, and recently, the Ghana government had to remove a statue of Gandhi from the Ghana University campus as students and academic staff opposed it, describing the great Indian leader as a racist who insulted the native people.

In Australia, the anti-racist demonstrations in the wake of the Minneapolis incidents focused on the treatment of the aboriginals by the western colonisers. It is common knowledge that Australian and Tasmanian aboriginals were all but exterminated by the Europeans who settled in the new continent after Captain James Cook of British Royal Navy charted out the Newfoundland and other great islands in the South Pacific.

What we are witnessing is an inevitable process of historical course correction that sometimes takes the violent form of confrontations. That is unavoidable considering the enormity of injustice in the past that cries for retribution and accounting. But there has to be a different path, a path of reconciliation and solidarity for humanity to move ahead. Last week, Christiane Amanpour of the CNN made an effort to find such a solution when she debated the experiences of the South African Truth and Reconciliation Commission which, under Bishop Desmond Tutu, made the herculean effort to account for the past mistakes so that the country could find peace with itself. After decades in the apartheid prison, Nelson Mandela could find the moral courage to seek reconciliation and work with his oppressors. If so, why not the youth in the streets seeking justice for those who faced unbearable cruelties in times past? 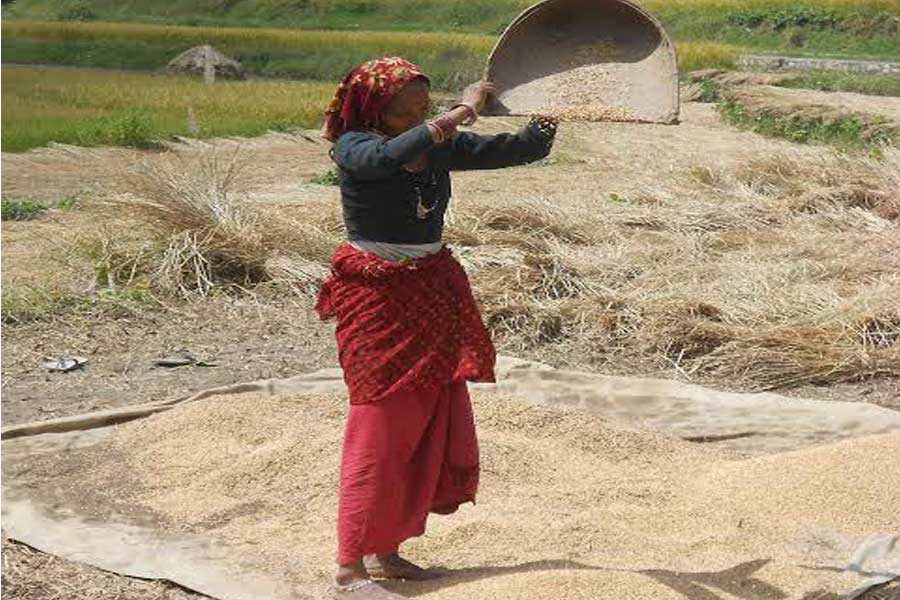