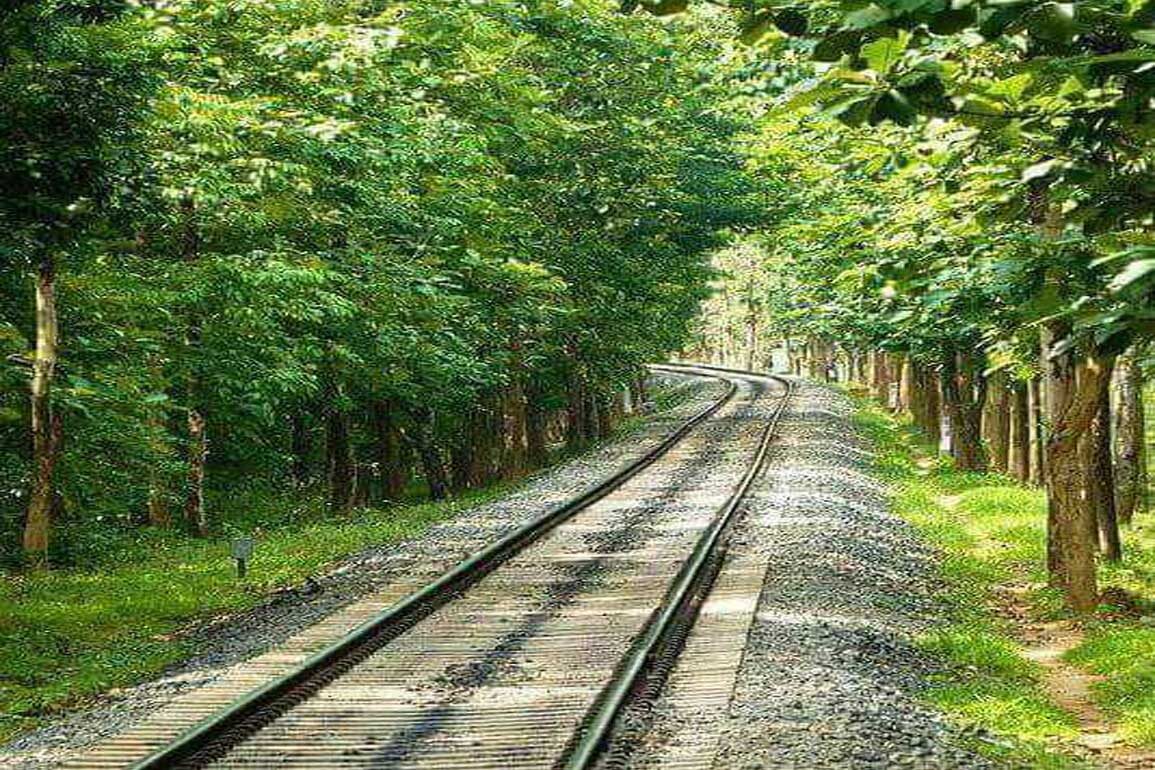 The Train from Bongaigaon

In 1985, on the Siddharth Basu-anchored Quiztime, a keenly watched lively inter-collegiate Doordarsan show that shot the anchor to fame, the four finalists were asked: Which is the longest-running-passenger train in India? When one of the four finalists answered impeccably that it was the Thiruvananathapuram-Guwahati Express, it was much more than just  trivial info for quizzing enthusiasts in Kerala who were glued to their television sets.

The New Bongaigaon-Thiruvananathapuram Express had already begun its operations a couple of years earlier and never did Keralites think even in their wildest dreams, that the journey covering more than three full days, would later be a catalyst in changing their state’s labour scenario. Even to this day, the train continues to be operated once a week between the capitals of Kerala and Assam, but at least three or four other trains, including the now longest service Dibrugarh-Kannyakumari Vivek Express also comes to Kerala from that sector these days and more importantly, every inch of their worn out compartments were filled with migrant workers until a week before the lockdown.

Even in the final years of the last century, the train would become empty after it left the Coimbatore Junction station on its south-bound journey. And inevitably, the majority of those left in its coaches after the Tamil Nadu border, were soldiers and paramilitary personnel serving in the North East states.

Even the long distance express trains started towards the end of the late 1980s and early 1990s that terminated at the now defunct Cochin Terminus station, like Bilaspur, Gorakhpur, Indore, Patna, Guwahati and Howrah expresses and Bokaro-Alappuzha Express would usually empty out once they crossed industrial hubs of Tiruppur and Coimbatore stations and entered Kerala. However, they carried a large number of passengers on their return trips from Kerala.

But things changed in the beginning of this century—in the days prior to Covid-19 outbreak—the trains always ran full—no vacant seat would be found in any train to Kerala from the northern, eastern and north eastern states, thanks to the huge influx of migrant workers (also known as guest workers). Apart from the trains coming from the eastern sector, trains leaving for Kerala from Chennai Central Station also ferried several hordes of migrants (arriving there from North Eastern states) every day, irrespective of the seasons.

More than a decade ago while working as a journalist in Doha, the bustling capital of Qatar, a media colleague from Azamgarh in Eastern Uttar Pradesh, employed by another newspaper group there wanted to know how large were ‘cities’ of  Perumbavoor, Kothamangalam  and Paippadu (near Changanacherry in Kottayam district). Subsequently he told me that he found a sizeable number of unskilled workers from his native village had moved to the above mentioned Kerala locales in search of greener pastures, after the repeated failure of monsoons there.  His repeated queries on the same issue bore testimony to the kind of visibility and familiarity some of the smaller Kerala towns had attained over the years among the people in some districts of West Bengal, Uttar Pradesh, Chattisgarh, Orissa, Bihar, and Assam. “Some of the migrant workers employed in my factory producing floor mats are more familiar with many lanes and alleys of our town and its neighbourhoods than even many locals themselves,” says entrepreneur George Louis of Changanacherry.

Many such migrants start as unskilled workers on construction sites, but smarter sections rise to the level of site supervisors or even higher in a few years as they manage to win the “confidence” of their superiors and owners (this is apparently done by bringing more workers from their  villages). Like Malayalis in the Gulf states, many of whom have a good reputation among their employers as fast learners of the local language (Arabic), many of the migrant workers have acquired better communication skills in Malayalam, generally regarded as one of the most difficult languages to learn for those north of the Vindhyas.

Munawar Azeem (name changed) from an impoverished village of Assam’s Barpetta district, along with a few other teenaged children was brought by some philanthropists to an English medium boarding school in Marampally on the outskirts of Aluva, about a decade ago. Now employed in a bakery in Edappally, the youth has become the owner’s favourite over a period of three years. “Initially I thought he would be very homesick and simply vanish. Now, I can afford to leave my shop anytime if he is on duty,” says its lady owner.

Similar stories of hardwork and trustworthiness of migrant workers are also shared by Kerala Management Association’s (KMA) former President, Mathew Jose Urumbath. The entrepreneur brought three members of a family from Upper Assam more than a decade ago to look after his farm house and agricultural lands in Ezhattumugham, Ernakulam district. “I am really happy with the way they have been working on my farm,” he said. A friend who worked in a school had arranged for them to be brought to Kerala.

While residents of some parts of Kerala are seemingly agitated over the large scale concentration of migrant workers in their areas and are raising queries about their presence, the hard truth now is no construction work in the state is possible without their involvement. “One of the main reasons for employers seeking such workers is the unavailability of adequate number of local workers. Moreover, the children of those who had worked as labourers earlier are now suppliers of (migrant) workforce here at construction sites,” says S George, owner of a unit manufacturing pavement tiles in Kochi.

Contrary to what is repeatedly reported in sections of media in Kerala, the involvement of India’s unskilled migrant workers in the construction projects in the Gulf has been at bare minimum levels for more than a decade and a half as the employers there are mainly relying on the cheaper workforce sourced from Nepal, Sri Lanka, Bangladesh and some sub-Saharan African countries. True, some of the northern Indian states too supply smaller number of workers. Whereas Kerala has turned out to be the real ‘Gulf’ for many migrant workers from some states like West Bengal, Bihar, Orissa, Chattisgarh and Uttar Pradesh in the last two decades.  No one really knows how many such labourers are in Kerala now though conservative estimates put them anywhere between five lakhs to 25 lakhs (before lockdown).

Though no systematic figures are arrived at the remittances they make annually to their respective states, rough estimates put it at no less than Rs 4000 crore/year. It is assumed that a sizeable share of the money sent by Non-Resident Keralites from Gulf countries in turn goes out of the state as the wages for construction workers. Come Monday afternoons,  there are large queues of migrant workers in front of ATMs equipped with Cash Deposit Machines (CDMs) as their weekly wages are paid by contractors on that day.

The situation may not be that rosy for the next couple of years as not too many Gulf NRIs would take the risk of investing huge sums in the construction sector. However, once things return to normal—it’s expected the train from Bongaigaon will run once again packed tight with guest workers. 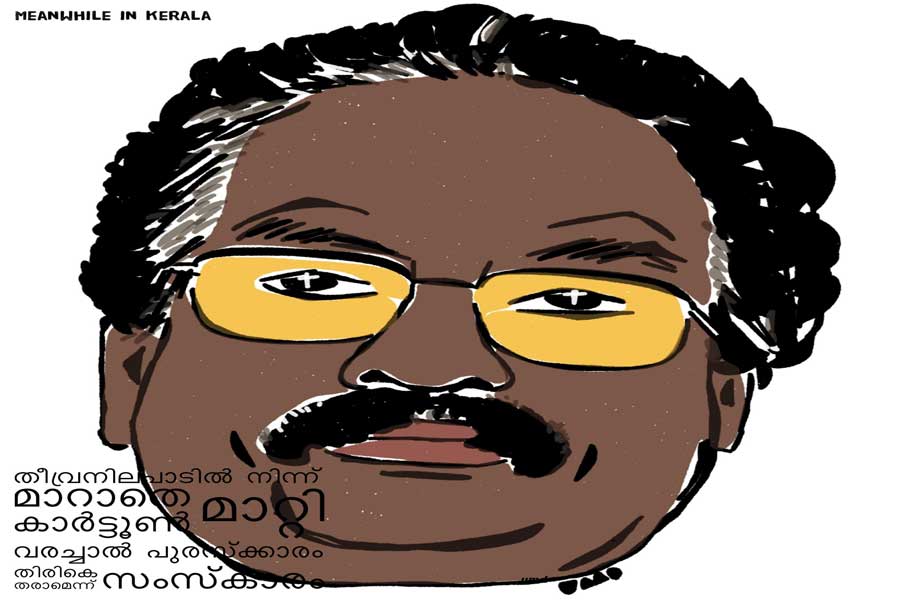