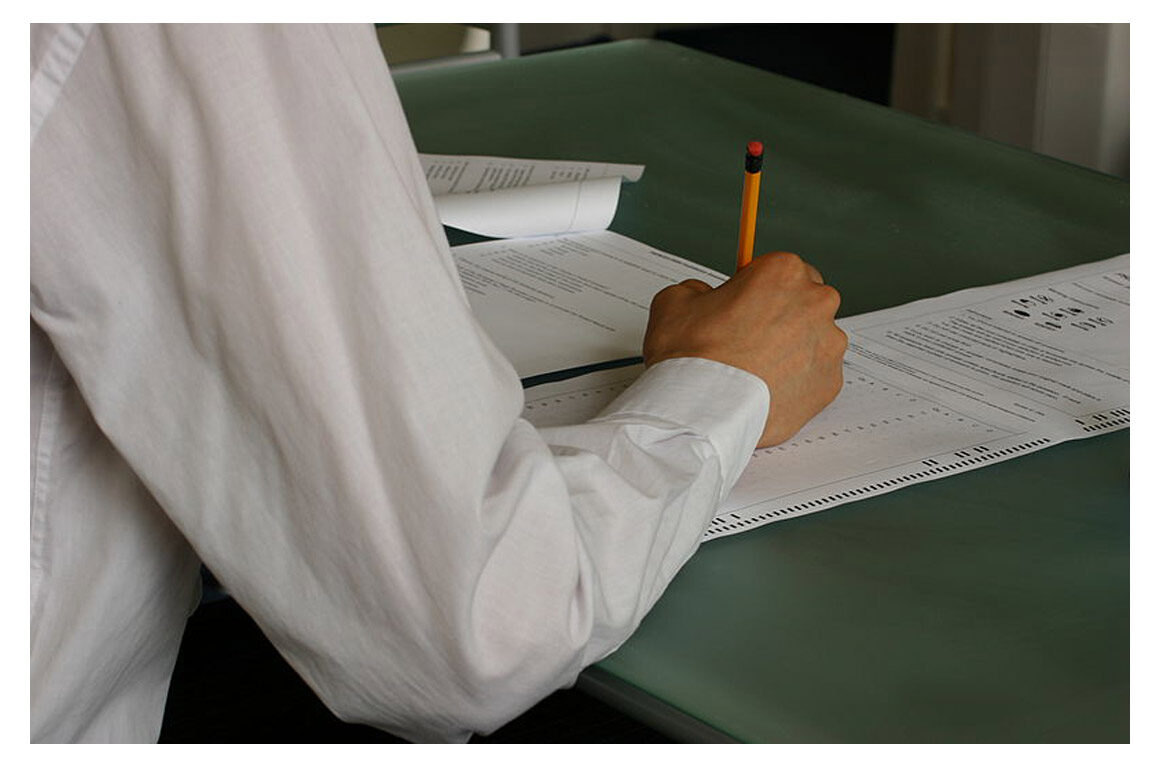 Some of us would have died of boredom, but for a regular supply of controversies. Like the Lady typist in Eliot’s Waste Land. She is so bored with her husband, with whom she tries, but fails, to have a conversation, that she screams: “I shall walk the streets with my hair down so.“ In plain words, I will go mad. I’m nearly there already!

Women in Kerala, especially those who keep in touch with the on-goings, won’t reach such a stage of desperate disequilibrium. They are assured of their daily ration of stimulation via controversy. The latest in the series pertains to the evaluation of the second semester answer scripts in M G University. The decision of the university to allow affiliated colleges to evaluate the scripts has erupted into a sombre controversy. It is apprehended to compromise the confidentiality required to safeguard the sanctity of the evaluation.

On the face of it, the anxiety makes sense. Why should ‘favouritism’ be facilitated, even in an extraordinary situation? But there is a sub-text to this concern, which is less reassuring. That sub-text is that the teaching faculty in affiliated colleges cannot be trusted to be professionally upright. They are too weak in character to be invulnerable to nepotism and favouritism. The integrity of the examination process needs to be protected against the dis-integrity of the teachers.

It is difficult to argue that, under the circumstances, this concern is misplaced or exaggerated.  Given how large-scale and ubiquitous corruption is in higher education, the case against trusting the professionalism of college teachers seems strong. Even so, it should worry the people of Kerala that even those who are vociferously keen to protect the integrity of evaluation are indifferent to the need for integrity and accountability in education as a whole. Strangely, the glaring irrationality of this situation escapes notice altogether.

At least two major issues jump at us from this context. First, is it possible to practise integrity selectively? Can the integrity of examination processes—which ‘confidentiality’ resumably protects— be protected without ensuring that a culture of integrity prevails in the total enterprise of education? This question assumes special poignancy because of the name of the university. It is named after the Mahatma. Many in the university administration and teaching faculty in various colleges are familiar with the episode Bapuji recounts in his autobiography. How he resisted the prodding of his own teacher, in view of the need to impress the visiting inspector of schools, to copy the correct spelling of the word ‘kettle’. It is the teacher who urges the student—the would-be Mahatma—to resort to unfair means. And it is the student who resists it and stays by his honesty.

Here’s a university that is founded after a great soul who turned his whole life into an experiment with truth; who defined God himself as truth. Whose idea of non-violence, as influenced by Leo Tolstoy—Tolstoy’s Letter to a Hindoo, 14 December 1908, influenced and inspired Gandhi so profoundly that he published it for wider reading in India— was founded on an uncompromising commitment to truth. Tolstoy, in his letter, argued eloquently that lack of commitment to truth was the perennial weakness of India that made it vulnerable to subjugation by external forces. How did a rag-tag group of some 30,000 merchant men, Tolstoy asks, subjugate millions of people who were, in their philosophy and religion, far superior to them?  Tolstoy has only one explanation: incapacity for truth. Given that, imagine founding a university in honour of the Mahatma, which is run on all-round distrust, based on poor professional integrity.

This is a serious matter. Gandhi was against erecting statues to himself. A statue, which is more useful to birds for their less honourable purposes than to human beings, stands in the same relationship to the character of the person it denotes as M G University allegedly stands today to the character of the Mahatma. It is easy to take the name of the Mahatma, but quite a challenge to honour his character. In its name an institution may commemorate a great soul, but in its working culture and character mock the essence of his life and work.

The second issue, which too would have greatly bothered the Mahatma, is as follows. Isn’t the present state of affairs—in which even teachers cannot be trustedthe result of a deep-seated aberration in our practice of education? If, as the detractors of the M.G. University’s decision believe, it is risky to trust college teachers with evaluating the scripts of their own students, didn’t the education we gave them fail them? Is there even one policy document or report on education from 1948 onwards that does not emphasize the importance of character-building as a basic goal of education? That is to say, what fails to build character is not education. We educated. But the products of our education lack character. So?

Now consider an issue that has a direct bearing on this lamentable situation: the issue of granting autonomy to colleges. It is shocking that in this entire discourse, not a word is said about this central issue in education. On the other hand, there is a conspiratorial consensus that it is pointless and superfluous to be bothered about character-building in higher education. Commitment to personal integrity and institutional fairness pertains to character. But character doesn’t matter to us in education. In order to justify this inconsistency, we parrot, “Values are caught, not taught”. Caught; but from where? From the air, like Covid-19? As of now, values are precisely what cannot be caught. What can be caught are nepotism, favouritism, poor work culture, selfishness masquerading itself as smartness, and so on. Why else the anxiety about allowing college teachers to evaluate the scripts of their students? So, the anxiety is well-founded. But it is well-founded because education itself is ill-founded.

This is not a matter only of evaluating some answer scripts in a crisis situation. It is a question also of nation-building. How can a nation progress if, through the educational formation it imparts, citizens become de facto smart, suave wheeler dealers? The essence of character is the ability to subject personal interests to societal and national interests. This logic is common to truth-speaking too. The motivation and courage to tell the truth about the given situation arise because the individual concerned prioritizes the larger interests involved over his personal gains. Education that equips future citizens with tools and tastes to maximize their individual profits at the expense of national goals, is a disservice to the country and to the society.

Mahatma Gandhi would say, it is better to abolish such models of education than keep them as sources of social infection. The domain of higher education in Kerala is choked with corruption. That astronomical amounts are extorted from prospective teachers and students is an open secret. This is against the law of the land. No one, including the government, can plead ignorance about it. But we put up with this condemnable state of affairs. For the people of Kerala to endorse the superstition that education cannot be managed without corruption is a self-insult. It is a million times worse than the impetuosity of a Menaka Gandhi who jumped upon the tragic death of an elephant to discredit Malappuram.

Menaka called me, when I was the principal of St. Stephen’s College, Delhi. She sounded feisty and indignant. She had come to know of my intention to have a few dentally hyperactive dogs sent out of the campus of the college. The need for it arose because blind students living on the campus of the college were being regularly bitten. Menaka was incensed. She let me have it. I admitted that I was contemplating the alleged move. She cited the high court order and warned me that I would face dire consequences. At this point I told her that if she was so committed to the dogs, she was welcome to have them for herself, so that she could supervise their welfare. I had nothing against dogs; but I owed it to the blind students on the campus that they could live free from fear. She got offended and banged the phone. I never heard from the minister again.

This too illustrates an aspect of what we achieve through education: grand-standing grandiloquent sentimentality, without, however, letting the responsibilities thereof inconvenience us in any way. I cite this because I find the same pattern in the response of the detractors of the decision by M G University, in as much as their commitment to integrity applies selectively to the evaluation of scripts, but to little else besides. How many of them will carry this commitment far enough to let it hinder their personal gains is a question that must remain, for the time being, in the zone of speculation. 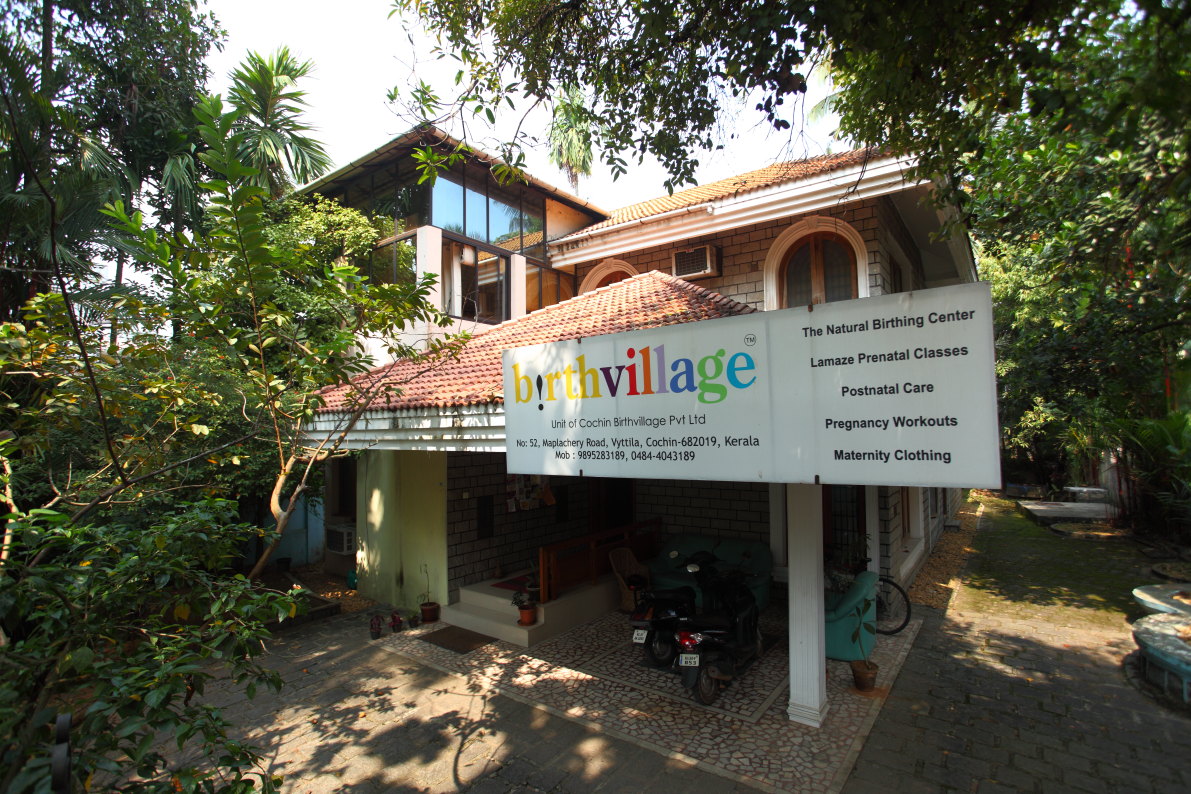 Women Are Choosing Midwives over Hospital Deliveries in Kerala. BirthVillage is Making It Happen.