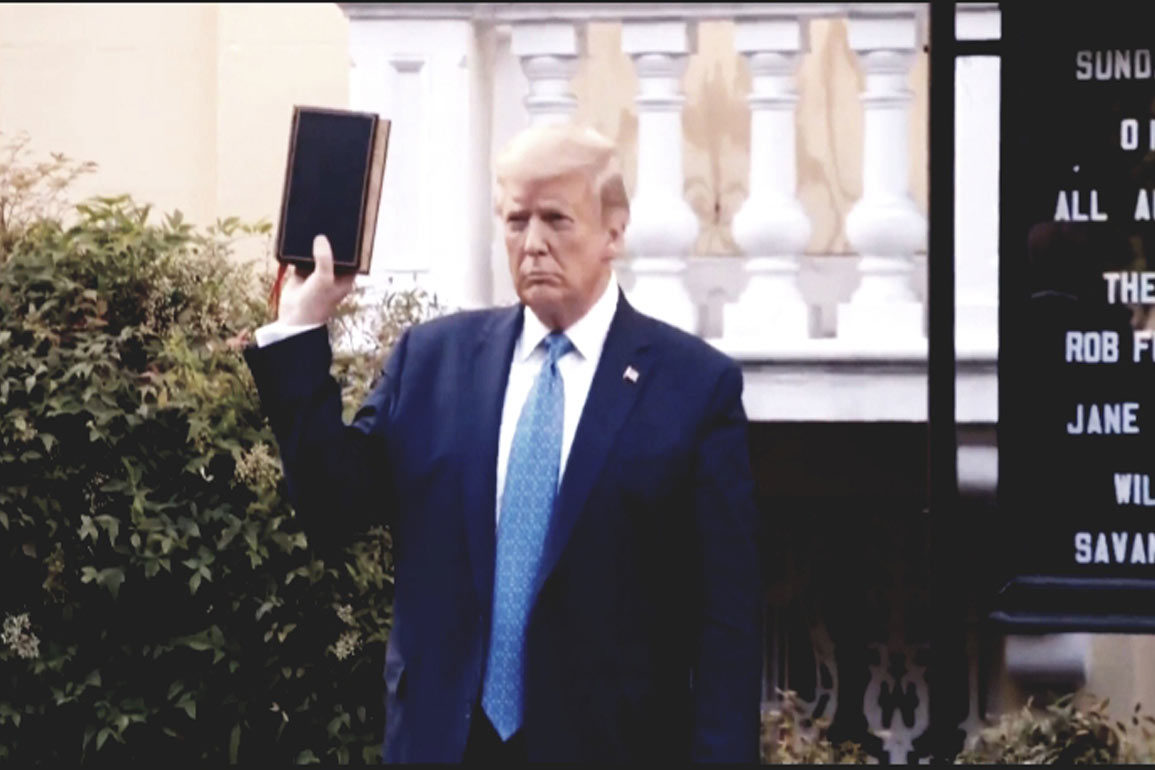 The Irreverence of Bible-wielding Donald Trump

You have to give it to Trump: the cake for frankness. He is religious. But he will not let religion stand in his way. Nor does he pretend that he does. So, he is free from hypocrisy. He doesn’t play-act. A hypocrite is, literally, one who play-acts.

You saw him the other day in his raw faith. Held a Bible aloft. Not his Bible. So what? “A Bible,” as he said glibly. The Trump brand of frankness strikes us as refreshingly truthful. We pretend that there is a difference between ‘my Bible’ and ‘a Bible’. ‘Stuff and nonsense,’ Trump’d say. He is right. Why? Well, because that’s the truth. If you own ‘a Bible’, but have no growing, deepening personal relationship with the spiritual light it encapsulates, how is it different from ‘a Bible’? One Bible is as good as another, so long as we exclude from it the truth of one’s relationship to them. A Bible becomes ‘my Bible’ only when it is to me the ‘lamp unto my path and a light unto my feet’.

So, if we heed Trump, we will discover our religious kinship with him in another sense as well.  That pertains to how we abuse scriptures. They are many; only a couple of typical patterns need to be recognized here. Trump was using the Bible, as he stood, for a photo-op, in the premises of the historical church near the White House, as a communal identity marker. He knew it could enlarge his political capital with a certain constituency to be identified as a Bible-holding, if not a Bible-thumping, Christian. In a cruder way we say in the Kerala context that you can identify the denomination of a Christian by the way he wields or sheds the Bible. You carry no Bible at all, you are a Catholic. Carry, the New Testament, you could be a CSI/Ma Thoma/Orthodox Christian. Carry the whole Bible, you are a Pentecostal, a Charismatic, born again type. And so on…  Well, Trump is playing the same card, in a little more media-savvy, sophisticated manner. I won’t be surprised if I bumped into him in Kumbanad or Tiruvalla.

Additionally, he knows when to turn to the Bible. Get into trouble? Don’t worry. The Bible is your Aladdin’s lamp. Rub the thing, and help appears magically. You are bailed out of the fix. Pure magic! And why not? It is at this level of magic that the distinction between ‘my Bible’ and ‘a Bible’ disappears altogether. A magic mantra –like abracadabra, for example- has its potency (or the lack of it) irrespective of your personal, ethical relationship to it.  So your abracadabra is as good as my abracadabra, so long as you can pronounce it aright. If you believe that keeping a copy of the Bible near your head when you are unwell has a healing effect on you, you are one with Trump. He was in trouble; a sort of political headache. His Bible was not near at hand. He grabbed one, as we too do. Unlike him, we may grab ‘our Bibles’; but these Bibles, insofar as they are not ‘read and inwardly digested’ as merely an ensemble of ‘a Bible’s.

Now here’s a more serious thought. It is approached best via an analogy as follows. A man may ‘use’ a woman either with her consent or without it. In the former case it is called prostitution; in the latter, it is rape. We ‘use’ God. Anything less than a relationship in which the Will of God is sought and obeyed as the supreme guiding principle for our life amounts to ‘using’ God. To use God is to abuse God, for the reason that God is not an instrument. Only instruments can be used, without abusing them. If we agree that our way of doing religion involves ‘abusing’ God, the question that confronts us is: “Do we abuse God with or without his consent?” The answer is obvious. No one, not even the most abject human being, likes to be abused. But the tendency to abuse is ingrained in us. So, our sensitivity to this aberration is low. What little sensitivity there might have been has been anaesthetized through habit. We are habituated to abusing God. So, we think that this is normal.

If we abuse God, we rape God. This is made possible by the inordinate patience and meekness of God. If God were as touchy and intemperate as we are, there would have been no humankind or religion in the word! When perverse things are done in the name of God, when people are misled, manipulated and exploited in his name, when irrationalities and superstitions are foisted on the people and money is extorted from them thereby –as in the case of the sale, in the past, of the Indulgences- when we are made to hate or despise our fellow human beings for the sake of God who loves the whole world, what we are doing amounts to no less than ‘raping’ God. Hate is an industry of mega-profit. Doesn’t matter whether it is practised in the sphere of religion or of politics. In this industry God is abused as the power (substitute for electricity) and people’s faith as raw material and priests as factory workers. It is a perverse and Satanic industry with infinite scope for all-round pollution: environmental, cultural, moral, spiritual. Religion, as religion, stands self-condemned, given the track-records of religions, of this perversion.

This is not to discredit the spiritual core of religions. They are the same and infinitely precious. They are kernels of light. But this core of light is side-lined and disowned in religion as it is popularized and practised.

The outcome is not only a Donald Trump but all of us. Trump sees no discrepancy between flashing ‘a Bible’ (as though it is ‘my Bible’) standing against the façade of a church on the one hand, and using the muscle of the State to sweep away the protestors out of his way by sheer might to be able to choreograph this propagandist photo-op. As E M Foster, the English novelist wrote, the white missionary went through the world with a Bible in one hand and a sword in the other, leaving behind a trail of blood.

This brings us to the importance of ‘show’ in religion. The spectacular value of religion far outweighs its spiritual truth. The fig-tree that Jesus cursed, as symbolizing religion, was doing splendidly well by being in verdant splendour. But, seen spiritually, it was an abomination. It was all show, no substance. Religion will remain the way it is so long as people do not develop spiritual discernment. This explains why it is imperative that the custodians of Christianity try hard to obscure the light of the Word and unfurl, in its place, a smoke-screen of verbosity as the ministry of the Word. Trump is doing pretty much the same thing, but in his own fashion. So the Bible is flaunted even as, at a spitting-distance away, people are brutalized as a prelude to the same script enacted at the church.

I salute the priests and bishops in the US who have condemned this spiritual abomination with clarity and conviction. I salute, even more, the police chiefs in various states who have spoken out in chiselled conviction against Trump’s declared intention to deploy the army against agitating citizens. As Hubert Acevedo, the police chief of Houston, Texas said, if the President does not know what to say, he must keep his mouth shut! I am glad and proud to hail him as a fellow Christian. 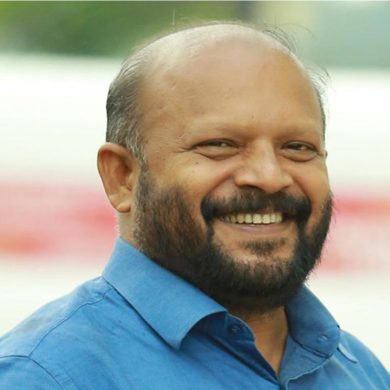