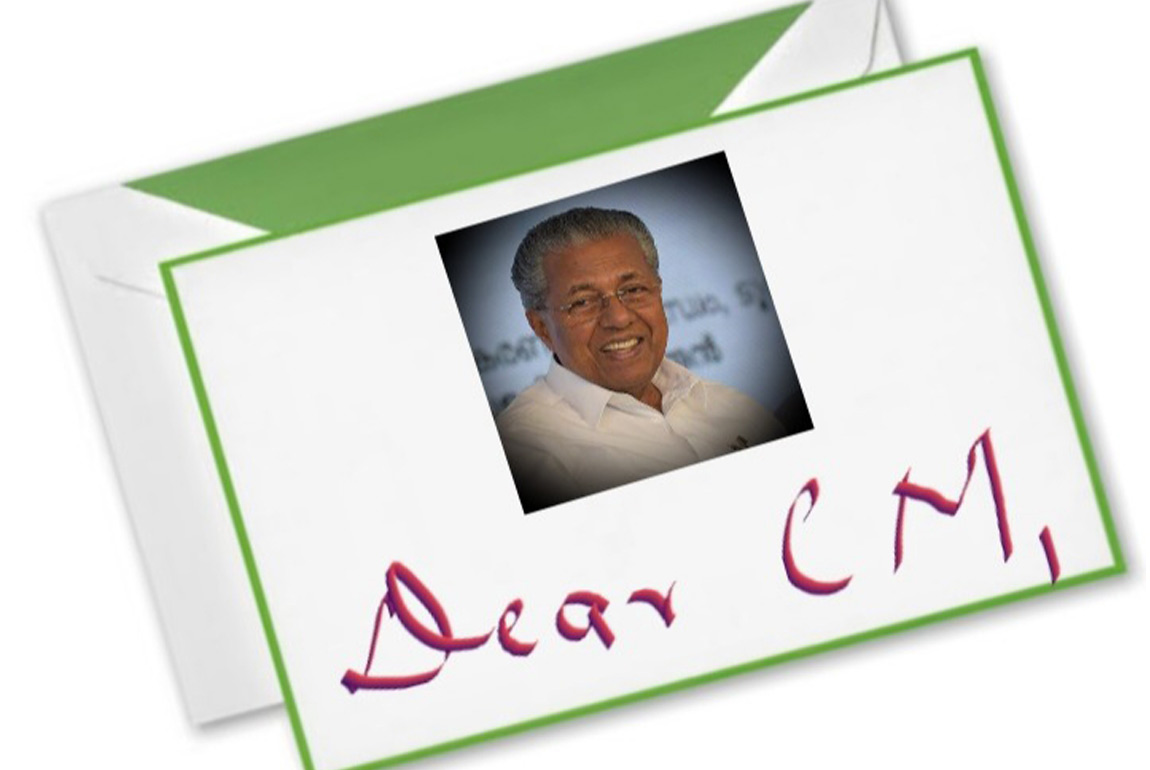 An appeal to the CM of Kerala: Please don’t open churches to Sunday worship yet

I make this appeal with reference to the pressure being mounted on you by the Kerala bishops’ lobby to secure resumption of congregational worship on Sundays.

I appeal to you as one who admires the way you have handled the COVID-19 crisis. Also, as one who worries that there is a chance of your feeling coerced by the bishops’ lobby. My worry has a reference to your having just entered the election year. The bishops’ move seems motivated by this consideration.

The bishops in Kerala, who distinguish themselves by their disunity, have now united to play politics with worship, in indifference to the welfare of the people of Kerala. I am in touch with thousands of Christians through social media. I haven’t sensed any frustration in Christian quarters regarding the suspension of congregational worship.

On the other hand, the Kerala Christian community is getting well-adjusted to the new normal, which is, ironically, more conducive to the biblical norm for religious life. The New Testament norm is the ‘priesthood of all believers’. This renders the role of priests and bishops as religious middlemen superfluous. Till Covid-19 disrupted age-old practices, believers didn’t have an opportunity to experience for themselves the feasibility of this biblical norm. Now, for the first time in centuries, individual believers are realizing the fraud latent in the priestly idea that God, the Creator of the Universe, stays confined in man-made structures as a prisoner of priestly make-beliefs. Cruelly paradoxical as this might seem, right-thinking Christians feel grateful to the virus for opening their eyes in this respect.

The eagerness of the bishops to get churches re-opened for congregational worship does not reflect the concerns or needs of the people. It is driven by agendas exclusive to this lobby, which has had a distinct track-record in Kerala politics since 1959. I am not worried about the political part, which it is your call to tackle. My concern here pertains to the image and integrity of the Christian community to which I feel deeply committed. Even so, a word about the political trap hidden in this move is warranted.

Seemingly stray voices have been heard in the recent past from certain Christian hierarchical sources about ‘love-jihad‘, ‘Tipu Sultan’s anti-Christian atrocities’ all of a sudden. This took the Christian community by surprise. On the face of it these were, in the given context, calculated misrepresentations. But they were made, as it appears, in tune with certain political undercurrents that are too obvious to need explicit identification. It is important to note the following in this regard-

(i) The bishops gladly fell in line with the decision to lockdown places of worship when it was announced. If the suspension of congregational worship was an issue of any spiritual gravity, they would have protested then. There is far greater need to continue the lockdown today than there was at that time, as the pandemic is  gaining momentum.

(ii) Leaders of other religious communities have no problem with the present arrangement. We are delighted and encouraged by the responsible stand taken by Muslim clerics in respect of the Eid and its observances. The least one would have expected is that bishops would emulate their example.

(iii) The bishops know that the lockdown was clamped on us by the Central Government and not by the state government. So, simple logic dictates that the representation they have made to you should have been made to the Prime Minister. Why was this not done? Surely, it is not a naïve mistake?

(iv) Sunday worship in churches includes the celebration of the Lord’s Supper or the Mass. This involves believers drinking consecrated wine from the same chalice. This is sure to fuel the spread of the virus. Most Christians are conditioned to believe that if they are present in the church on Sundays, they should receive the wine and wafer. The virus will fly far on the wings of this religious obligation.

Clearly, a well-calculated game-plan underlies the bishops’ move. It puts the LDF government between the devil and the deep sea. You have only two options: either to give in to the bishops or to reject their pressures to safeguard the larger interests of the state. If you do the latter, your government could be caricatured as anti-Christian, invoking the historical memories of the Vimochana Samaram days. If you cave in, and the Covid-19 crisis gets out of control, flood gates will open to political-communal agents to discredit you for having gambled with the life and health of the people of Kerala through minority appeasement. At that time it will not be seen as the bishops’ lobby. The burden of this infamy will fall on the Christian community as a whole, which is the reason I make this appeal.

The logic underlying my concern has a reference to the Tabliqhi Jamaat meeting in Delhi. Orchestrated attempts were made to communalize Covid-19 crisis on the basis of that unfortunate event. An entire community has been maligned. The communal whisper campaign still persists. The people of Kerala have made huge sacrifices to keep the pandemic under control. All of that will be wasted if, giving in to the ulterior agenda of the bishops, the state government allows the resumption of Sunday services and lets the crisis escalate.

The decision of the bishops to unleash the political genie from their parochial bottles is arbitrary and it is not the result of any consultation or consensus in the Christian community. To the best of my knowledge, no one has asked the bishops to represent this imaginary grievance to you. So, the present move reflects only the anxieties and interests of the bishops. Understandably, they mind the loss of their income. Even more, they are worried that believers would get emancipated from their addiction to church, if the present situation continues. The spiritual life of Christians has not suffered deprivation due to lockdown. Rather, Christians are developing a healthy habit of reading and understanding the scriptures for themselves and of relating directly to God, unhindered by religious middlemen. This prospect of the parochial emancipation of the people worries the bishops.

While Christians have no problems with bishops wanting to protect their mega income, we are worried about the horrendous consequences for the Christian community if church worships resume and congregations become hotspots for viral transmission.

The hallmark of a Christian is the willingness to sacrifice his or her interests for the sake of the welfare of the people at large. This is the model of self-denial that Jesus Christ emphasized in his teachings and upheld by his sacrificial death. It is unthinkable, hence, that in the name of the Christian community, selfish attempts are being made to jeopardize the interests of a whole state to protect the vested interests of the bishops. This embarrasses all sensible people including Christians.

Surely it is known to you that the Church is not a democratic institution. There is no forum in churches for any consultation or expression of views. As a result, the bishops arrogate to themselves the exclusive right to decide on all issues, presumably to defend the faith but, in point of fact, to protect and perpetuate their vested interests. This spiritual aberration does not, in most instances, create major political perils for the community. The present instance is different. The bishops have, through this unilateral move, dragged the Christian community into a communal-political minefield, where they could suffer loss of face.

I appeal to you, hence, to resist and reject the pressures currently mounted by the bishops. Christians, as a faith community, do not feel deprived in the present state. They do not wish it changed until the COVID-19 crisis blows over.

With every good wish. 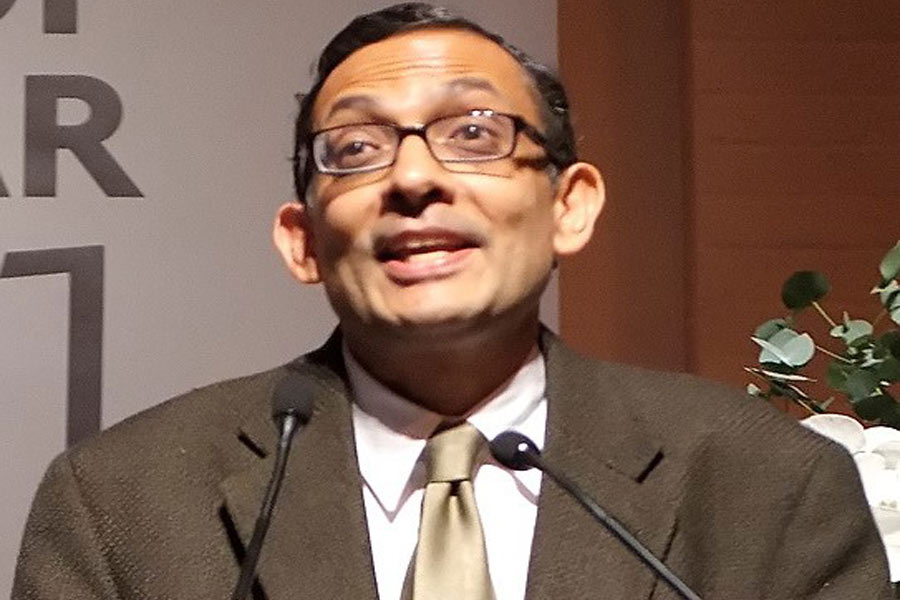