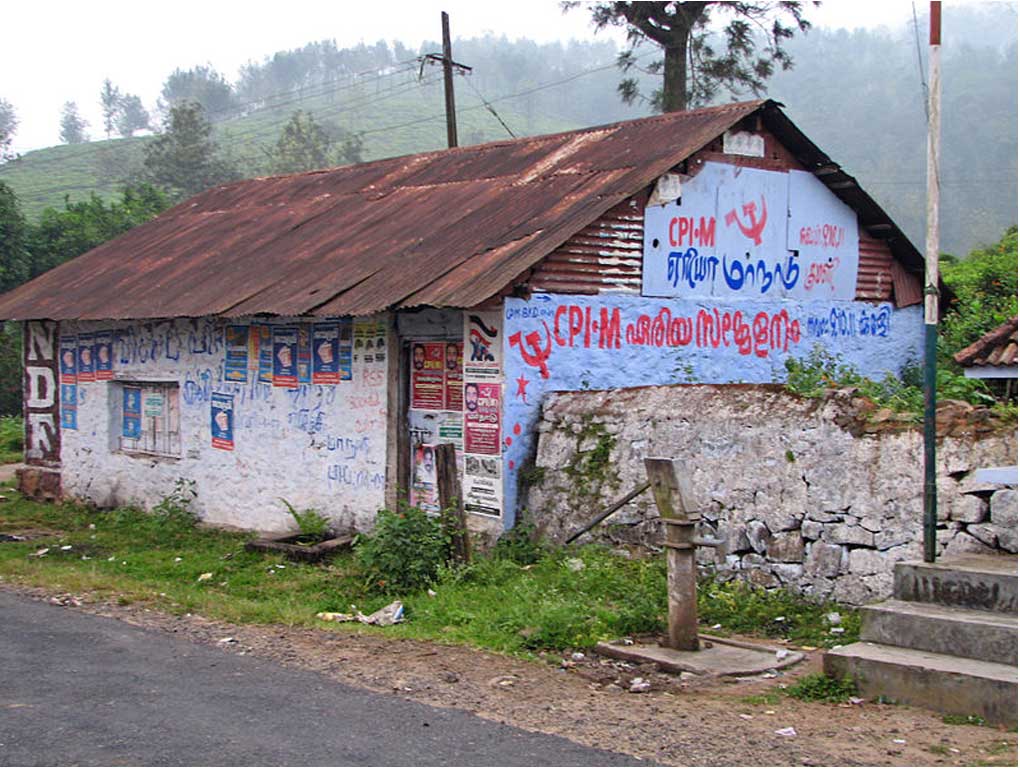 No arrests for a week despite Covid-19 restrictions in place

The Mananthavady police is in a fix as an eve teasing and harassment incident that took place on the banks of a river at Muthireri, Mananthavady, has assumed political dimensions. The accused youth are affiliated to the ruling Communist party of India (Marxist) and the party machinery has been shielding the accused. The Congress-led opposition has taken to the streets with serious accusations including police collusion with the culprits, tampering of evidence and delay in the arrest of the accused.

The incident took place last Friday (May 8) when a gang of youth harassed two girls bathing in the river by singing vulgar songs, use of abusive language and clicking pictures. When the girls came out of the river, one of the boys allegedly caught hold of one of the complainant’s hands and another member threatened her friend to not raise an alarm by trying to gag her.

To make matters worse, when the elderly father of one of the girls questioned the culprits about the incident, they beat him up; he lost a tooth in the melee. The police had registered cases against five men – Puthalath Ninoj, 40, Palakkalil Anoop, Chenathoott Aneesh, 38, Chenathoott Bineesh, 41 and Pallikkal Ajeesh, 38 – two days after the incident.

Though the incident took place on May 8, the First Information Report (FIR) was filed only on May 10. The father of the complainant said that though the police had collected all the information from the girls on the attack, the FIR had not gone into the details.

Mananthavady Circle Inspector (CI) Abdul Karim however refuted the charge and claimed that the cops are on the right track. “What the father of the victim has said is true as the FIR will have only the primary details and the other details will be included in the final report”, he said. The incident was reported on May 8 and the father approached us with the complaint on May 9. “On the very next day of receiving the complaint we had registered the statements of girls and also raided the house of the accused”, he said.

“We had slapped sections IPC 354 (Sexually harassing women), 354 C (a man engaged in voyeurism by watching or capturing photographs of a woman engaged in a private act) and 354 D (Stalking a person by an individual or a group). We have done everything to ensure justice for the victims and it is just a matter of time the culprits are nabbed although they have been absconding”, CI Karim said.

Later, speaking to The Kochi Post, one of the complainants said that the police had tried to mislead them and persuaded them not to include the bit about physical harassment. “See, you are a 20-year-old and you would have a tough time if such details are recorded. The boys have nothing to lose,” an officer had allegedly told her.

“We first went to the Thalappuzha station but the officers redirected us to the Mananthavady station without even bothering to hear us out. And when we went to the Mananthavady station, they did not take my statement nor resister our FIR and took another day to follow up on it,” the complainant said to The Kochi Post. Ninoj (40), who works as a bus conductor, had taken the complainant’s photograph without her consent and she was sure about it. However, the police asked the girl: “How can you be sure that he took your photograph? And if he indeed did, he could delete it and it won’t be traceable after a point of time. And that would make the case weak”, the police officers counselled her.

CPI (M) District Secretary P Gagarin, speaking to Asianet News, claimed that the father of the complainant, who was beaten up by the accused gang, was a Congress sympathiser. It was the complainant’s father who went and “attacked” the youth and not the other way round, he contented. Gagarin also claimed that the whole case was an attempt to tarnish the image of the party, betraying the party’s tacit backing of the accused. He did not respond to reports going around that the party made overtures to the complainants’ families to settle the matter privately.

Speaking to The Kochi Post, the complainant and her brother admitted to the fact that their father is indeed a Congress sympathiser. “But both of us are Marxist supporters, said Vishnu, elder brother of the complainant. In fact, I was the one at the forefront of establishing a Students Federation of India (SFI) unit in Jammu Central University, where I graduated from. Mohammed Yousuf Tarigami, the local MLA of CPI (M) in the erstwhile Jammu and Kashmir state, was the chief guest on the occasion,” Vishnu said.

“I am also a Left supporter though I have not been active in any student body,” the complainant, a journalism student in a prominent institution, told The Kochi Post. When asked why the siblings and their father supported different political ideologies, pat came the reply: “Why can’t we believe in different political ideologies? After all, we can all think for ourselves”.

“The attempt to make it an LDF – UDF political issue is to try and give it a political colour. We do not have anything to do with the Congress protests. The accused have lost face and everyone in the locality knows the truth,” added Vishnu.

“It’s nearly a week since the incident happened. If the police really wanted to nab the accused, especially in the wake of Covid-19 pandemic-related restrictions, it could have been easily done,” the complainant lamented.

The case will probably go on cold storage now with all the seventy serving officers in the Mananthavady police station going on quarantine yesterday with a fellow inspector testing positive after coming in contact with a carrier from Chennai. “Yes, we are also worried about that now. Moreover, the accused have been trying to seek bail,” said the complainant.

Wayanad District Congress Committee (DCC) President I C Balakrishnan alleged that it was sheer negligence that led to the undue delay in arresting the accused. Congress would intensify its agitation if the police fail to ensure justice for the girls, he said. Meanwhile, the CPI (M) Edavaka Local Committee argued that the party had in no way influenced the investigation. Though some of the accused are linked to the party, we will not protect anyone engaging in such acts of hooliganism, it said in a press statement. 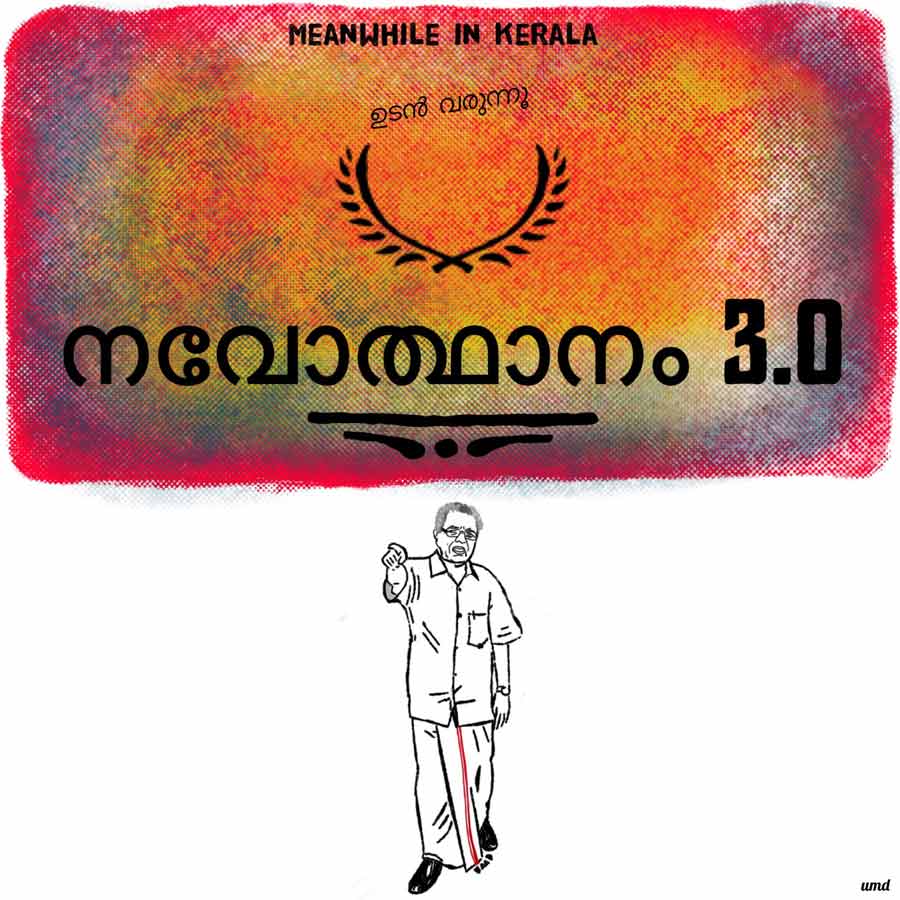