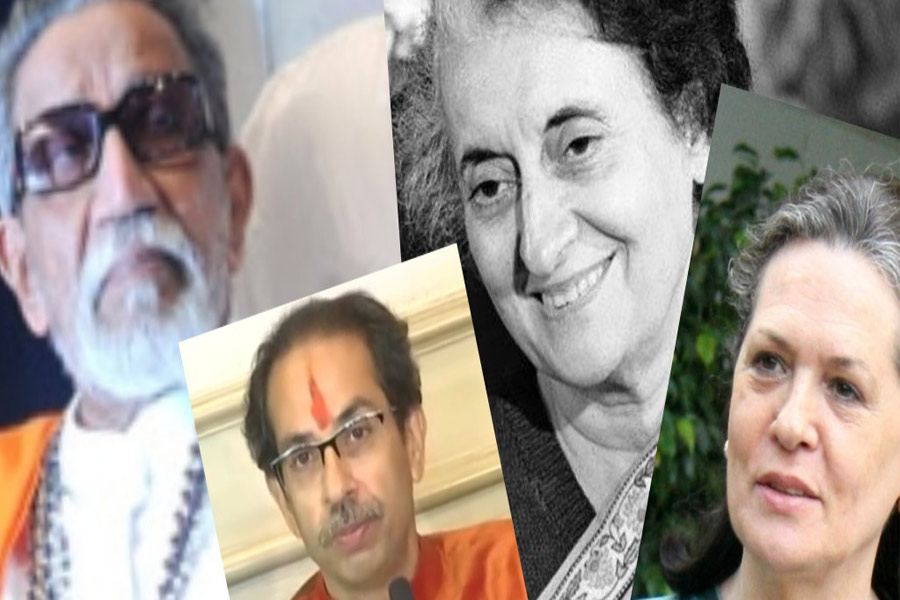 A short history of Sena-Congress alliance

Writing for the Outlook in the ‘90s, the noted Marathi playwright Vijay Tendulkar chose these words to comment on his former Free Press Journal colleague and Sena Supremo Bal Thackeray’s brand of politics:

“Thackeray can hold the country to ransom because of his lack of ideological convention. As a result, he can move in any direction—he does not have a friend and he does not have an enemy. That is a very enviable position.”

In 53 years of its existence, Bal Thackeray’s Shiv Sena has flirted and had flings with political parties from across the spectrum and indulged in alliances that have defied conventional political wisdom, proven political pundits and their predictions horribly wrong.

One of the most baffling instances has been Sena’s alliance with the Muslim league in 1973—after its vicious campaign against the Muslim League in the corporation polls.

The Sena’s impressive performance in 1973 Bombay corporation polls was powered by its aggressive campaign and stiff resistance against a Muslim corporator’s refusal to the singing of Vande Mataram at the start of the General Body meeting of the corporation. The Shiv Sena’s strategy to use the incident to launch a bitter and offensive campaign against the entire minority community struck a chord with a significant chunk of the middle class Maharashtrian community and propelled it to the position of the single largest party.

The Shiv Sena’s tacit alliance with the Muslim league is one of the several marriages of convenience it has been involved in. As its rather tense, tumultuous and troubled marriage with the BJP ended on an acrimonious note, it has now found unlikely allies in the Congress and the NCP. The Congress-Shiv Sena tie-up has been the talk of the town of late, and perhaps, this is the best time to revisit the covert as well overt understanding that the two parties have had since the salad days of the Sena in the ‘60s.

The Shiv Sena was born at a time when the labour movement in Bombay was at its peak and the Congress faced a formidable challenge from the Left parties. Frequent strikes by trade unions AITUC and CITU, affiliated to the Left, had frustrated Bombay’s entrepreneurs. So, when the Sena was born in 1966, both the Congress and the city’s industrialists found a handy tool to take on the communists in the city.

In the first few years, several Congress leaders praised Thackeray and his nativist agenda, looked the other way when Thackeray’s boys indulged in activities outside the ambit of law  and the Sena Supremo on his part reciprocated by being generous in his praise for a handful of ‘friendly’ Congress leaders. In his very first rally, Thackeray hailed the Congress leader and state Home Minister, Balasaheb Desai, saying he was the only leader on whom the ‘Marathi Manoos’ can bank on.

Congress stalwarts of the time, Vasantdada Patil and S K Patil were chief guests during the annual celebrations of the party’s weekly, Marmik in 1967 and 1968. While Thackeray publically hobnobbed with some Congress leaders, he was relentless in his scathing criticism for other Congress leaders like Rajni Patel, S Nijalingappa, K Kamaraj and C Subramaniam who were perceived as the biggest enemies in the fight for the cause of the ‘Marathi Manoos.’

The Congress provided immense backing to the Sena in its early days, for they provided the much-needed firepower against the communists with its strong arm tactics. Detractors of the Shiv Sena lampooned it as the ‘Vasant Sena’ in the 60s and 70s, after the two big Vasants in the Congress: Vasant Naik and Vasantdada Patil.

In the early years of its existence, the Sena religiously played the role of being the B team of the Congress by assisting it in several key electoral battles against the communists. One such instance was in the 1967 general elections, when V K Krishna Menon, who was the defence minister during India’s disastrous 1962 war, stood for election as an independent candidate backed by the Left parties from the Mumbai North East constituency.

The Sena took up cudgels on behalf of the Congress nominee against Menon. Attacking Menon for being an outsider, the Sena alleged that the “rhinoceros-skinned” Menon’s communist leanings were responsible for India’s 1962 debacle. The Shiv Sena received a massive confidence boost as it was able to ensure Menon’s defeat. The template had been set for the party: it decided to focus not on whom to elect, but on whom to oppose.

The Shiv Sena adopted a two-fold strategy to fight the communists in the city. On one hand, it assisted the Congress in key electoral battles against the communists and on the other it resorted to strong-arm tactics often indulging in unrestrained violence and arson against the Left parties. The popular war cry, “Jala Dalo Jala Dalo Lal Bawta Jala Dalo” (burn the red flag) was quite a hit with the Sainiks.

The murder of the firebrand trade union leader and sitting CPI (M) MLA from Parel, Krishna Desai, in 1970 proved to be a turning point for the Shiv Sena. Decades later, 16 Sainiks were convicted for the murder. Journalist Sujata Anandan, author of the book Hindu Hriday Samrat: How the Shiv Sena changed Mumbai forever writes in her book that Thackeray had controversially congratulated his men and remarked that “we must not miss a single opportunity to massacre communists.”

The subsequent by-elections necessitated by Krishna Desai’s death became a massive political showdown between the Sena and the Left parties who accused the former of fascism and unrestrained goondaism. 13 Left parties allied and pledged their support to Desai’s widow against the Sena nominee, Wamarao Mahadik. As a response to the Left mobilisation, right-wing parties like the Jan Sangh, Congress (O), Swatantra Party and the Hindu Mahasabha decided to support the Sena, albeit reluctantly.

In a fiercely-fought contest, the Shiv Sena emerged victorious with a slender margin of 1679 votes. The impregnable fortress of the communists had been breached, the Shiv Sena had drawn the first blood, the first Shiv Sainik had entered the legislative assembly, and all this, once again with the covert support of the Congress.

When the Emergency was imposed on June 25, 1975, Bal Thackeray was one of the few opposition leaders supporting it. Multiple theories explaining Shiv Sena’s unflinching support for the Congress during the Emergency exist. Some opine that Thackeray found Indira Gandhi’s authoritarianism quite similar to the views he held.

He was also a self-proclaimed admirer of Hitler and on several occasions had declared how he didn’t believe in ‘Lokshahi’ but in ‘Thokshahi’. So, when Indira Gandhi imposed the Emergency and locked up the entire opposition and clamped down on the press, Thackeray stood by her saying that “the country needs a dictator and she was the one”. Detractors of the Sena chief claim that he was a paper tiger who feared that opposition to the Emergency would mean a ban on the Shiv Sena and possible arrest and hence he had no other option but to back the Emergency.

Sena’s support to the Congress extended beyond the Emergency. It decided to back Murli Deora of the Congress for the Mayoral polls in 1977 and also actively campaigned for the Congress across Maharashtra in the 1977 general elections. In the election rallies, Thackeray vociferously defended Indira’s tryst with dictatorship and hailed her for decisiveness.

When the Congress was wiped out in the elections, Thackeray did try to stitch an alliance with the Jan Sangh. But when the talks failed to yield any results, he again aligned with the Congress in the 1978 assembly elections. Once again, the Sena had to eat the humble pie as it drew a blank in the polls and suffered a humiliating defeat. Even Manohar Joshi was defeated in the Sena stronghold of Dadar.

In the 1980 assembly elections, the Congress and the Sena sealed a quid pro quo deal. Shiv Sena didn’t field any candidates and actively campaigned for A R Antualy and supported him in his bid to be the CM.

The other day, during a media interaction in New Delhi, Congress leader Jairam Ramesh remarked: “Let’s not forget that in 1980, the first leader to come out in favour of Abdul Rehman Antulay as chief minister of Maharashtra was Bal Thackeray.”

After Indira Gandhi’s assassination in 1984, Thackeray wrote an editorial headlined ‘Rakshakach banle Bhakshak’ (Defenders have become destroyers) in which he generously showered praised on her.

Some lines from the editorial are worth looking at:

“How was it possible for him to perform the inhuman act of killing the Maha-Mata, before whom even leading politicians, strategists and diplomats of the world bend respectfully?

She has become immortal! She faced death boldly! She did not fear death; death feared her. The honour that Yuddhistira didn’t get was had by Indiraji. When he went to heaven, 105 Kauravas and Pandavas from this Mahabharat bid him goodbye. But when she ascended to heaven, 105 countries, along with this Mahabharat bid her farewell. In future, there will Margaret Thatchers and Golda Meirs, but there won’t be another Indira Gandhi, because she was a jewel of the earth, a gift of gods.”

The turning point was the textile strike of 1982. Fearing that being associated with the Congress would seriously jeopardise its electoral prospects in worker-dominated areas like Dadar-Parel-Labaug, Shiv Sena decided to snap ties with the Congress.

In the next few years, the party would go on to embrace Hindutva, marking a paradigm shift in its strategy from region to religion and also enter into an alliance with the BJP. In the 1984 general election, Shiv Sena candidates, including Manohar Joshi, contested on BJP’s symbol—without success. After Sharad Pawar quit as the Leader of Opposition of Maharashtra to return to the Congress in 1987, the Sena’s growth was rapid.

In recent years, Shiv Sena has raised eyebrows on occasions such as the Presidential polls of 2007 and 2012, when despite being in an alliance with the BJP, the party decided to back Congress nominees.

The developments of the past few days in Maharashtra politics have almost turned the clock back. Maratha strongman Sharad Pawar is once again calling shots and the Shiv Sena is back with its old companion, the Congress. Shiv Sena might be the BJP’s oldest ally but the bonhomie that the party enjoyed with the Congress dates back to the ‘60s.

After the bitter break-up between the Shiv Sena-BJP, it will be interesting to see how long its second marriage of convenience with the Congress lasts. For now, both parties are on their honeymoon. 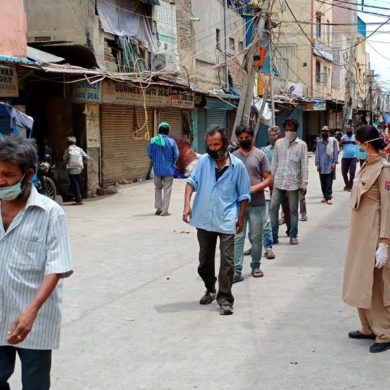