Ambalapuzha palpayasam, the famous milky-sweet dessert, offered daily to the presiding deity of the 17th century Ambalapuzha Sri Krishna temple, has been dragged into a bitter controversy. Against the backdrop of fake versions of this ambrosia being floated by some sweetmeat traders, Travancore Devaswom Board (TDB), which manages the temple, has decided to add its original name—Gopala Kashayam (Krishnan’s potion)—in brackets, along with its popular name on the container, to help devotees identify the genuine one.

Before we dive into the bitter controversy, it must be stated here that among all the iconic celestial sweetmeat offerings in the temples managed by TDB, Ambalapuzha palpayasam is the most sought-after one. Devotees do not expect to get it without booking it in advance. The gap between demand and supply is very wide, but TDB cannot reduce it by producing more payasam as the mammoth brass vessel used to prepare the offering is permanently fixed on the hearth installed exclusively for it. Besides, the custom does not permit the vessel to be replaced with a larger one. Not just that, the High Court is not in favour of increasing the production as the court fears that it would compromise the quality of the holy offering.

In all other temples, only a portion of the celestial food is offered to the deity, but here the pal payasam is offered in its entirety. Just before the uchapooja (forenoon pooja), the ritual offering of lunch to the deity of the temple, Keezhsanthis (sub-priests), in pairs, carry the vessels containing the palpayasam on their shoulders with the help of a long and strong wooden log from the thidapally (kitchen at a temple) to  the inner court of the temple chanting “Gopala… Gopala…”

The known ingredients of the palpayasam are water from manikinar (the holy well on the courtyard of the temple), milk, sugar, and red rice. Only God knows if there are secret ingredients added to make the taste so special. The preparation of the palpayasam is a time-consuming process—it takes seven and a half hours to make it perfect. The process starts early in the morning at 4 am and ends at 11 30 am. When each ingredient is added, the keezhsanthis who cook the palpayasam seek permission from the deity. It’s believed that the irresistible aroma and sweetness of Ambalapuzha palpaysam stimulate the taste buds of not only mortal beings but those of Lord Guruvayoorappan too.

As for the bitter controversy, a section of the media, which has a rare penchant for giving an unholy twist to the truth to retain its audience, reported that TDB had decided to rechristen Ambalapuzha palpayasam as Gopala Kashayam. And they have attributed it to the former TDB president A Padmakumar, who recently demitted office on completion of his term.

Sniffing yet another “golden opportunity” in the new development, the right-wing saffron outfits in the state, which has been desperately trying to wean off Hindus from other political ideologies and rally them to the cause of the Neo-Hindutva, swung into action. The RSS and its affiliates, the self-styled saviours of Hindu society, unleashed the propaganda that the CPI (M)-controlled TDB as part of its evil design to destabilize Hindu faiths, customs and its places of worship had resorted to another ploy, this time to change the name of much-revered Ambalapuzha palpayasam to Gopala Kashayam.

Hindutva leaders vied with one another in lashing out at the government and the TDB for the move. Prayer processions were taken out to the temple premises. Prayer sit-ins were staged. Unfortunately, many innocent souls got carried away by the campaign. In fact, it is the intention of all Hindutva campaigns, first to sow the seed of doubt in people’s minds and, then create a conducive condition to sprout it.

Before the show reached its crescendo, Padmakumar came out with the rejoinder. He clarified that there is not even an iota of truth in the allegation. He told reporters that TDB had not taken any decision to change the name of Ambalapuzha palpayasam as the antagonists of TDB are propagating.

He suspects that deliberate attempts are being made by bakery owners and caterers to mislead the devotees and public as the move to print ‘Gopala Kashayam’ on the container would hit their sales. In fact, he said, it is to stem the sales of the fake payasam that the board had decided to add the original name too on the container. Recently, TDB had initiated legal action against a bakery near Thiruvalla for selling a milk dessert labelled as Ambalapuzha palpayasam.

A seamless mix of myth, faith, history, and imagination has always added flavor to the Ambalapuzha palpayasam. Legend has it that fearing an imminent raid of Malabar by Tipu Sultan, the main idol of the Guruvayoor temple was brought to Ambalapuzha temple in 1789 and was taken back 12 years later, when the Tiger of Mysore had receded to his kingdom and peace returned to Malabar.

During the God’s long stay at the Ambalapuzha Kannan’s abode, believe devotees, Guruvayoorappan developed a taste for the temple’s most favoured dessert offering. And even today, he is not free from his craving for that palpayasam. So he waits to finish the uchapooja at the Ambalappuzha temple to have his lunch. Because, only after the uchapooja is the palpayasam distributed to the devotees. The structure, where the idol of Guruvayoorappan was kept at Ambalapuzha temple, is still intact and devotees offer prayers there.

Several stories do the rounds on the origin of the Ambalapuzha palpayasam–there are two that are most popular. One story goes like this: One day, Ambalapuzha Krishnan in the form of a young sage appeared before the ruling Raja of Chembakassery, a small kingdom that comprised the present-day Purakkad, a busy seaport in ancient times, and Kuttanad.  Chembakassery Rajas were Brahmins and their title was Devanarayanan. Amabalappuzha Temple is believed to have been built during the reign of Chemabakassery PooradamThirunal—Devanarayanan Thampuran in 750 M E.

The young sage told the Raja that he would like to play a game of chathurangam (an oriental version of chess) with him. The chess-crazy Raja, who earnestly believed that no one on earth could defeat him in the game, immediately accepted the challenge. Lord Krishna had played a prank to free him from this overconfidence. As the rule of the game suggests, before the game began, the Raja asked the sage to fix the prize he would like, if he won. The sage told the Raja that being a sage he was least interested in earthly possessions, but at the same time, he had to comply with the rule. He said that his demand was very moderate, only a few paddy grains. It should be given in such a way that for the first square on the board, one paddy grain should be given, for the second, four grains, for third, sixteen, for fourth, two hundred and fifty-six grains and so on….

The Raja took the demand very lightly, though, in fact, it ran into millions of tonnes.  The game began. As it progressed, he realized the game was getting tougher and tougher and the opponent was a formidable one. The game got over quickly. The Raja lost to the sage. More shocking to him was that even with the entire stock of his granaries, he could not keep his promise.

The sage feeling sympathy for the perplexed Raja unveiled his true form and disclosed his intention. He told the Raja that he did not need to give the prize at one go; instead, he should make a palpayasam using a portion of the paddy and offer it to him and his devotees every day. And this should continue until he could completely pay off the debt.  In other words, devotees can relish on Ambalapuzha palpayasam till the end of the world.

The other story is that a Chembakassery Raja whose exchequer was nearly empty had borrowed a large quantity of paddy from a landlord promising to return it in twice the quantity in the next harvesting season. Repeated crop failure broke the ruler’s promise. One day, on his morning visit at Ambalapuzha temple, the Raja was waylaid by the landlord demanding the immediate return of the promised quantity of paddy. The other landlords in the kingdom bailed out the ruler, offering the required quantity of paddy. Within no time, a mountain of paddy sprang up in the courtyard of the temple. The Raja ordered the landlord to remove the entire stock of paddy from the temple premises before the dusk. Fearing the Raja, no one lent a hand to the landlord so he offered the entire quantity of paddy to the deity and requested the Raja to offer palpayasm daily to it using the paddy.

Amabalapuzha palpayasam sweetens several lores and even the Malayalam language. Kunchan Nambiar, the greatest ever satirical poet of Malayalam, was a member of a Chembakassery Raja’s court. For testing his intelligence and penchant for quick wit, the Raja told him that the palpayasam tasted bitter. The answer came quickly. “Oh my lord this servant of yours liked the bitterness of the palpayasam.” It’s a common adage in Central Kerala to comment: “Relishing something as if it is Ambalappuzha palpayasam”—it is interpreted as how much person enjoys stale and insipid food as if it is sweet payasam.

Replacing a name like Ambalapuzha palpayasam, that is inseparably entwined with a society’s faith, culture and language, would not be entertained by any person with an iota of common sense. In the present calamitous political circumstances, even common sense is not permitted to function. So, we must see more such upheavals on non-issues that would drive a wedge deeper in our society. 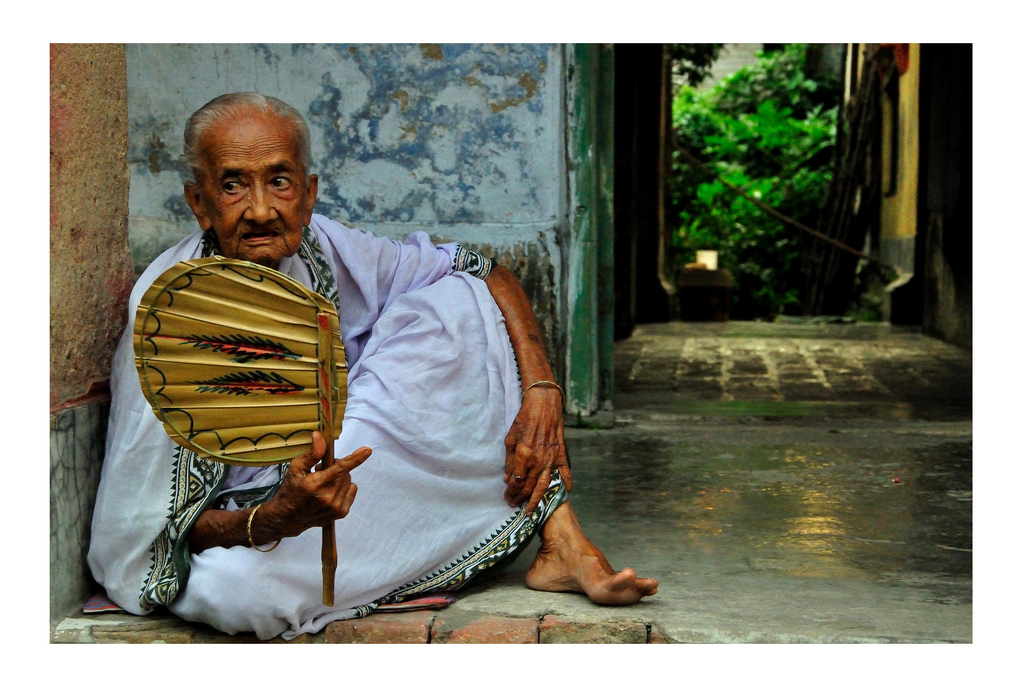 How Kerala Has Become the Best Place to Die