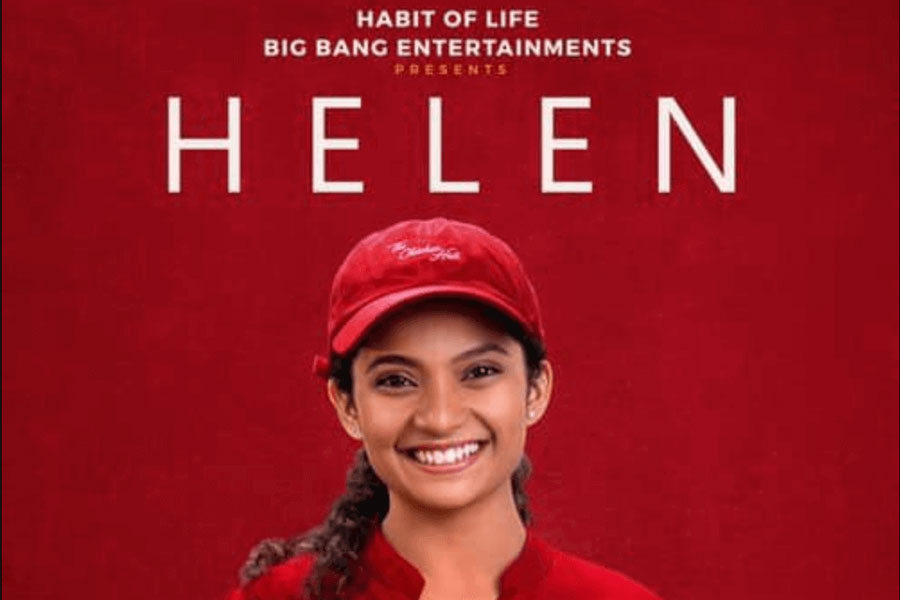 The best survival film in Malayalam cinema is Malootty (1992). Now there is Helen and this one comes a close second to the Bharathan classic written by John Paul.

Helen (Anna Ben), a 25-year-old nursing graduate, lives with her father Paul (Lal) in Kochi. They share a strong bond and that’s why the father tries to dissuade her from going to Canada for work. Being the responsible one at home, Helen has her priorities set. She’s moving abroad to pay off debts. The father-daughter duo has no secrets between them except for Azhar (Noble Babu Thomas), her boyfriend.

Helen works at a fired chicken franchise in a mall after her IELTS coaching as it helps to improve her English language skills and also earn some money in the process. Though Azhar is not serious about his future and career, he attends an interview to impress Helen and lands a job in Chennai. Life takes an awkward turn when the couple is stopped on the way by the police and Azhar fails the breathalyser test. S I Raveendran (Aju Varghese) stretches matters and Paul gets to know about his daughter’s relationship in an unsavoury fashion. This cause tensions in their lives and Paul refuses to speak to her.

Saddened over her father’s silence, Helen stays back at the workplace one night. She reluctantly accepts to stack new food stock in the refrigerating room. While she is doing it, the manager of the store, who is unaware that Helen is still inside, locks the room, closes the outlet and leaves. Our hapless heroine is trapped inside a cold storage with sub-zero temperature with no way to contact anyone outside. Meanwhile, Paul, Azhar and others are desperately searching for her in the city. Helen holds on to her dear life, employing her nursing skills and ingenuity to survive the impossible odds.

This film belongs to Anna. She showed promise in Kumbalangi Nights and with Helen, she has delivered. She grabs the audience’s attention from the first shot and holds it till the end. Anna’s performance is balanced and nuanced. She emotes effortlessly and performs brilliantly during the scenes of her struggle to survive. An actor’s calibre is tested when they have to communicate without dialogues. During the entire sequence in the cold storage, Helen barely speaks, but the audience could feel her pain and fear.

Anna is amply supported by Lal, as her doting father and their combination scenes are a pleasure to watch. Noble, who also co-wrote the script, has done a decent job as Helen’s hot-headed but caring boyfriend. The surprise element was Aju who was cast against type as a sleazy borderline sociopath police officer who deliberately stalls the search for Helen. He elicited feelings of disgust and anger, which means he played the part well.

Mathukutty Xavier makes an impressive directorial debut. Survival-thriller is a difficult genre. But the director and his team of co-writers had a solid script that gets the audience to ‘wilfully suspend their disbelief’. Viewers were glued to the screens and no one was distracted.

Shaan Rehman’s background score elevated the scenes without resorting to ear-bursting gimmicks. Anand C Chandran’s camerawork and Shemeer Mohammed’s editing made Helen visually appealing and compact. Produced by Vineeth Sreenivasan’s Funtastic Fims, Helen is a great thriller that can be enjoyed with the family. Don’t miss it. 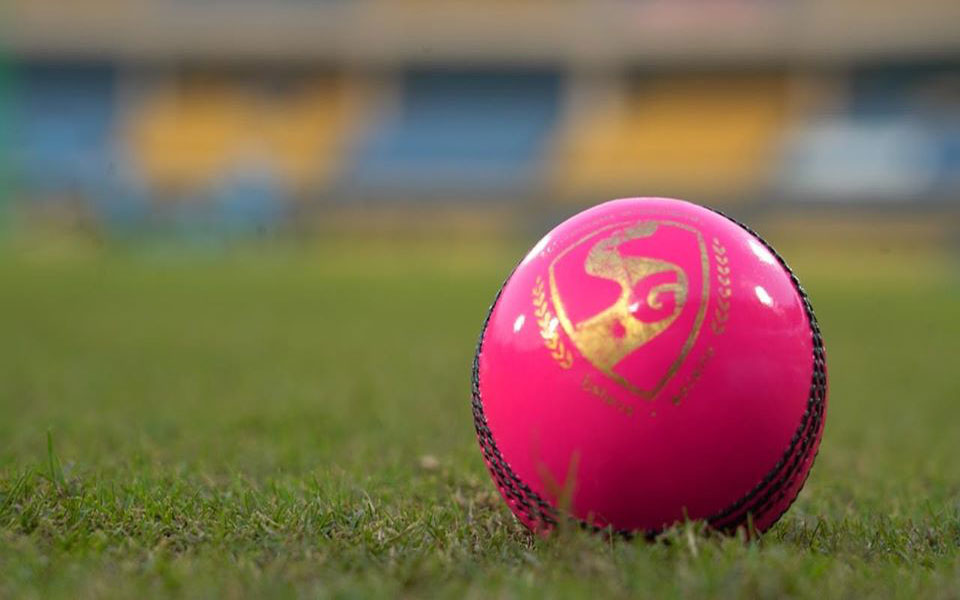 The Story of the Pink Cricket Ball