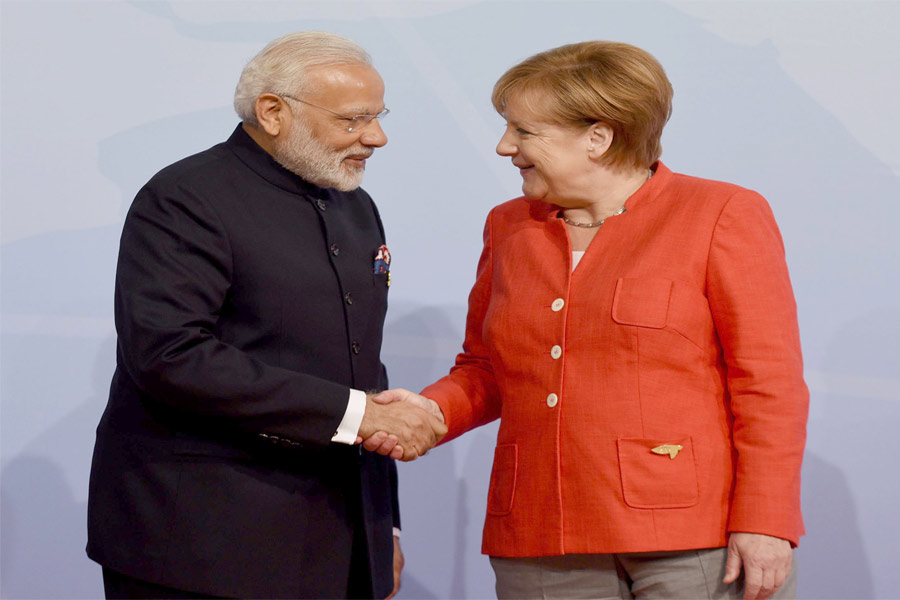 In the final week of October, the Narendra Modi-led government trumpeted the news that it was finally relaxing restrictions on international observers entering Kashmir, which has been under a communications blockade since August 5. Modi’s Hindu nationalist Bharatiya Janata Party (BJP) fulfilled the 70-year-old vision of its parent organization, the Rashtriya Swayamsevak Sangh (RSS), to scrap the region’s special status and end its political autonomy completely by reading down Article 370.

Earlier this week, a delegation of European Union Members of Parliament, announced Modi’s government, would tour Kashmir. The announcement swiftly gathered political storm as more details emerged: It was not an official delegation, but rather a sponsored trip arranged by a private party friendly to Modi. Moreover, the majority of the two dozen visiting MEPs hailed from extreme right-wing political parties, including Germany’s neo-Nazi Alternative für Deutschland—a party which will likely soon be headed by Björn Höcke, who has criticized Germany’s Holocaust commemoration policies and declared as his platform: “We want Germany to remain German.”

The delegation was clearly a handpicked assortment of right wing EU parliamentarians willing to accept an all-expenses paid Potemkin village tour of Kashmir in exchange pumping pro-RSS propaganda on their return to Europe— a ‘you scratch my back, I’ll scratch your back’ initiative which mutually legitimized the far-right in both India and Europe.

Such a conclusion was confirmed when MEP Chris Davies, a member of Britain’s Conservative party, was disinvited after he insisted on being allowed to act as an authentic observer. “I was happy to accept the invitation on the condition that during my time in Kashmir, I would be free to go wherever I wish, and talk to whoever I wish, unaccompanied by military, police or security forces but accompanied by journalists,” said Davies. “I am not prepared to take part in a PR stunt for the Modi government and pretend that all is well.”

To nobody’s surprise, the delegation’s tour produced the expected outcome. On October 30, India Today reported that the MEPs expressed support for the scrapping of Article 370—which granted Kashmir semi-autonomous status—calling it India’s “internal matter.” They also parroted one of the RSS’s primary talking points, which is that the annexation of Kashmir (a region of approximately 8 million people) was necessary to combat terrorism.

“Terrorism now is a world problem,” said MEP Thierry Mariani. “The new place for terrorism became Kashmir.” He added, “We stand with India in its fight against terrorism.” Mariani belongs to France’s Rassemblement National, a political party infamous for its agenda to “de-Islamize” French society—and whose leader, Marine Le Pen, has equated public prayers by Muslims to the Nazi occupation of France. The delegation insisted that its visit was merely a “fact-finding mission.”

The following day, another fact-finding team—one composed not of politicians from Europe but of attorneys and human rights activists from India—released a report which starkly contradicted the EU delegation’s conclusions.

Terrorism, concluded that report, has indeed found a foothold in Kashmir. State-sponsored terrorism, that is. Among the facts about the suspension of public transportation, absence of adequate medical care, surveillance of local media, and illegal detentions, one detail stood out. “There are numerous cases of torture by the armed forces. In some instances, the tortures are made audible through loudspeakers so that other people can hear the victim’s screams,” stated the report.

The horrifying allegation that India’s military is psychologically terrorizing Kashmiris by broadcasting the sounds of torture victims was, however, swiftly overshadowed by geo-political developments. October 31 was an eventful Halloween in India. On the same day the report was released, German Chancellor Angela Merkel arrived in New Delhi with an entourage of 12 of Germany’s 16 cabinet ministers.

Merkel’s talks with Modi could have focused on his regime’s atrocities in Kashmir. She could also have made mention of the massive detention centers currently being constructed in Assam to house approximately two million people recently disenfranchised by India’s National Register of Citizens—and how Germany knows, from its own experience, that building concentration camps never ends well. Maybe she could have also discussed the controversy that arose this summer when Germany’s ambassador to India, Walter Lindner, visited the RSS headquarters in Nagpur to lay flowers at the feet of the paramilitary’s founder, an action that prompted nearly 4,500 people to sign a petition demanding his resignation.

Instead, Merkel’s office announced (as reported by NDTV), “The focus will be economic and trade relations, innovation and digitalization, and climate protection and sustainable development.” Profits over people took precedence. On November 1, Merkel inked over 20 memorandums of understanding intended to intensify economic relations between Germany and India. No doubt she is blinded by the billions, of which there were over $24 in bilateral trade between the two countries in the last fiscal year.

Aside from economic cooperation, Merkel and Modi shook hands on another major agreement. “We will strengthen bilateral and multilateral cooperation to deal with dangers such as terrorism and extremism,” announced Modi. A joint statement issued by the two leaders pledged to work towards a “stronger international partnership in countering terrorism and preventing violent extremism.”

Merkel, who certainly understands that actions speak louder than words, offered only the briefest of remarks on Kashmir when probed by German journalists. “The situation now for the people (in Kashmir) is not good and not sustainable,” she said. “This has to be improved for sure.” Why the situation is not good or who is responsible for it was not something Merkel bothered to address. Though Merkel did tell reporters that she would take up the matter with Prime Minister Narendra Modi, it is unclear if she did so.

However, acting as Merkel’s mouthpiece on the eve before her trip, Ambassador Lindner more explicitly described Germany’s position on Kashmir: It mirrors that of the far-right EU delegation. “Our position remains that Article 370 is an internal matter for India,” said Lindner. In the face of massive profits, it seems virtually anything and everything will fall under the category of an “internal matter for India.”

Modi’s actions in Kashmir and Assam are apparently not enough to cause her to turn up her nose at him. Nor is his appointment of Amit Shah as Home Minister, despite Shah’s use of genocidal rhetoric earlier this year when he called undocumented immigrants “termites” — a term reminiscent of Nazi Germany’s projection of Jews as parasites. Nor, indeed, does Merkel appear bothered that RSS (with the BJP as its front) rules India, despite the fact that the fascist paramilitary was founded in 1925—the same year that Hitler published Mein Kampf, reformulated the Nazi party, and founded the Schutzstaffel—taking direct inspiration from the Nazis.

Today, supremacist violence is on the rise in Germany. The victims there are of the same category as the victims in India—minorities (often, but not always, Muslims) and immigrants. Just last month, on October 9, a gunman stormed a German synagogue, killing two people. In June, a neo-Nazi assassinated Walter Luebcke, a member of Merkel’s own party. It marked the first right-wing political murder of a German politician since the end of the Second World War.

Meanwhile, the AfD is overtaking Merkel’s Christian Democratic Union, knocking the CDU into a third-place showing in elections in the state of Thuringia. Höcke, the AfD’s rising star, heads the party’s Thuringia branch. His “Germany for the Germans” platform directly mirrors the platform of the BJP and RSS, who proclaim that India as a Hindu nation is for Hindu people. If Höcke has yet to catch on to the ideological kinship he has with India’s Hindu supremacist movement, some other extremist elements in Europe have not failed to do so.

Notably, white supremacist terrorist Anders Breivik of Norway, who massacred 77 people in 2011, praised the RSS—and its “political arm,” the BJP—for how they “dominate the streets…and often riot and attack Muslims.” Affirming the BJP/RSS agenda to “make the Indian state into a ‘Hindu nation’,” Breivik declared, “It is essential that the European and Indian resistance movements learn from each other and cooperate as much as possible.”

If Merkel isn’t picky about who she works with, as long as they have deep pockets, then one wonders where she will draw the line. She eagerly embraces Modi. Will she also embrace the AfD if there’s a chance to put profits over people? 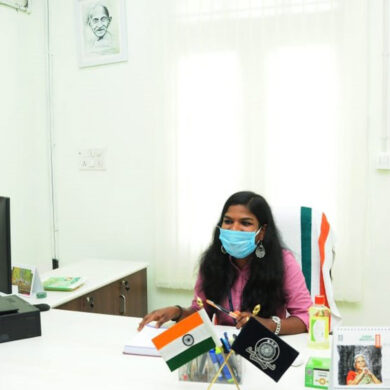