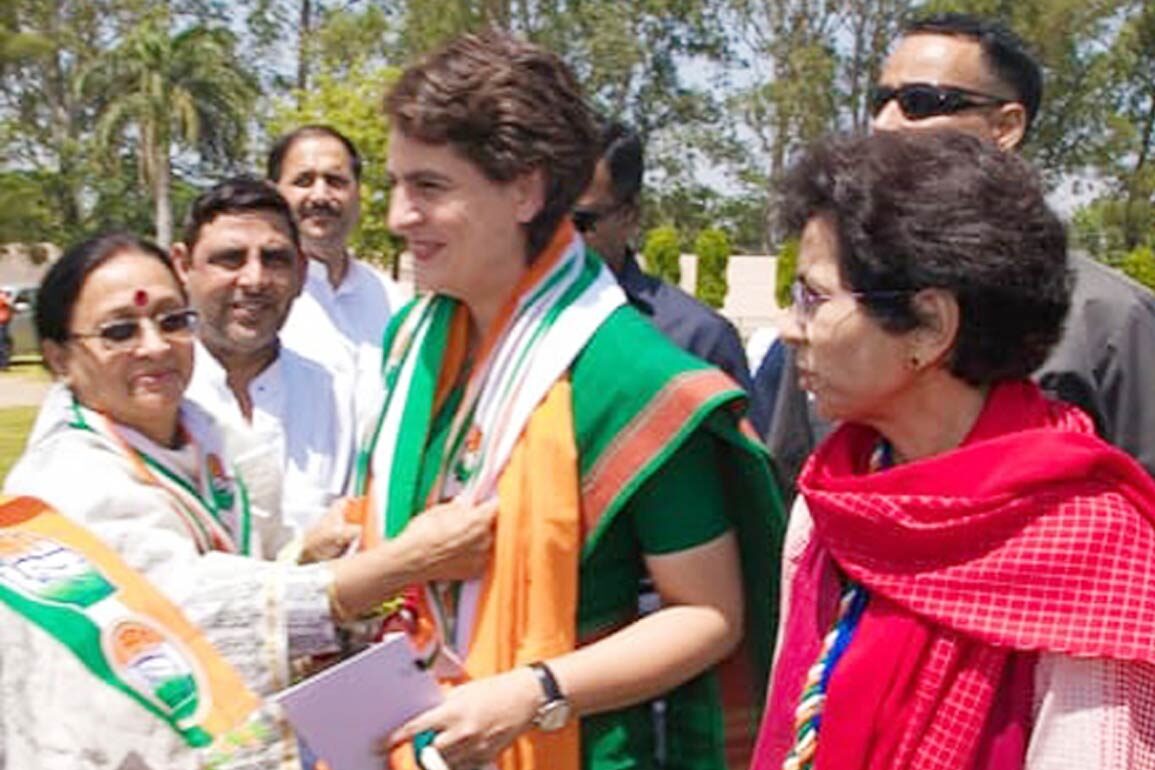 Priyanka Gandhi emerges as the face of Opposition in UP

Lucknow: The Congress under the leadership of Priyanka Gandhi Vadhra appears to be taking the Yogi government head-on. Questioning the Uttar Pradesh Government on various issues, Gandhi doesn’t seem perturbed about the prospect of going to jail. Much significance is being attached to the long stay of the UPCC president, Ajay Kumar Lalloo, in jail while confronting the Yogi government on the issue of arranging buses for migrant labourers from UP stuck in various other states. No other senior leader of any opposition political party was sent to jail while opposing the Yogi Government and highlighting people’s problems.

It was Priyanka Gandhi who directly challenged the Yogi government and it was on her commitment to the issue that the Congress party arranged buses for bringing migrant labourers back to UP. Not only that, but once again in case of bungling in the appointments of teachers in UP educational institutions, Gandhi took the lead in raising the issue and demanded accountability from the state government.

She also got in touch with the affected teachers through video conference and assured them that she would fight for their rights and help take the matter to its logical conclusion. Moreover, when 57 women inmates at the government protection home in Kanpur turned out to be Covid-positive with some of them being pregnant, it was Gandhi who took the government to task and demanded a high-level inquiry into the whole affair as well as punishment for the guilty persons.

Priyanka Gandhi also highlighted the case of the death of 28 Covid patients in Agra within 48 hours of their hospitalisation. The feisty Congress leader said that the incident exposed the so-called Agra model, which the Yogi government claimed as a successful model to contain the spread of coronavirus.

Priyanka Gandhi also mobilised her party workers to organise community kitchens all over Uttar Pradesh and arranged food for migrant labourers and other poor persons during the pandemic-induced lockdown. The political aggression of Gandhi to take on the Yogi government on various issues has succeeded in bringing Congress to the limelight after decades in UP, while leaders of other political parties have been reduced to occasionally commenting on some scam or another, or on the mishandling of the pandemic in the state.

While the next assembly elections in the state are still two years away, in 2022, the opposition parties except the Congress is finding it a tough challenge to reach out to the disgruntled masses of Uttar Pradesh. It seems that Priyanka Gandhi is now the face of the opposition in UP.