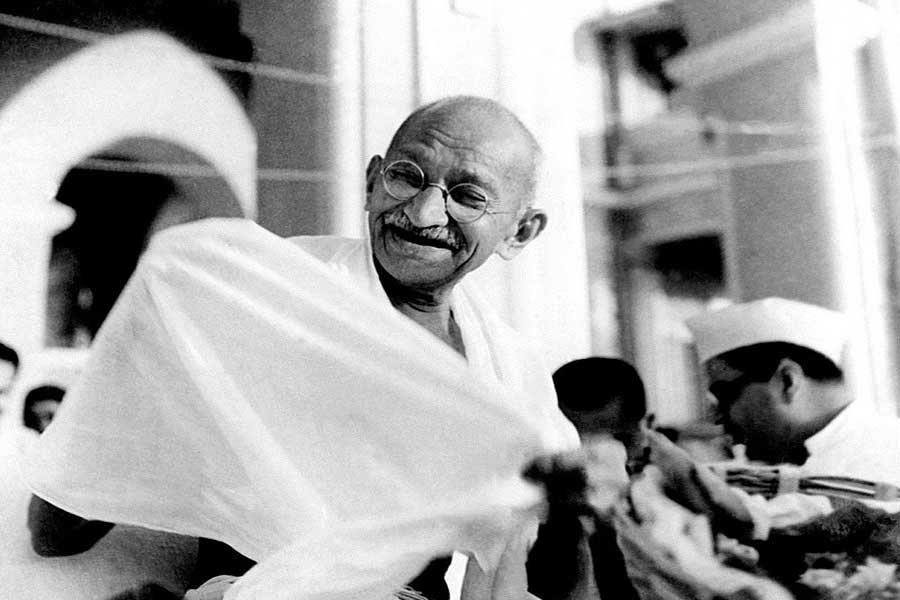 The Mahatma’s Crusade against Untouchability

To send a message to the society, he took a momentous step of accepting the ‘untouchable’ family of Dudhabhai, his wife Danibehn, and their baby daughter, Lakshmi into his ashram. Though that imperilled the future of the ashram as their chief patron stopped his funding, the Mahatma wasn’t ready to abandon the family and later even went on to adopt their daughter as his own.

Being aware of the importance of change, he advocated for changes in religion with time. Hence, according to him, “whenever one finds scriptures preaching immoral principles, one must follow reason and morality rather than obeying the scripture blindly.” Thus he found no problem in opposing the scriptures wherever they contradicted morality and holding them in reverence at the same time.

Notably, cognizant of the fact that he was up against a centuries-old custom which had entrenched itself in Hinduism and become nearly an integral part of it, Gandhi strategically addressed it in an incremental way. Had he attacked the caste system in its entirety from the very beginning, the orthodoxy would have defended it more aggressively, thus creating divisions within the Hindu society and undoing whatever progress society had made in terms of eradicating the practice.

During that time, he hadn’t yet established himself as the Mahatma and thus didn’t wield the kind of influence he wielded in his later years. So, leaving the rest for later, in the beginning he attacked untouchability and caste discrimination only. Coming up with his own interpretation of varnashrama which accommodated the ‘untouchables’ into the four varnas, who earlier used to be outside their pale, he proposed a system in which all castes, although different, were equal in social stature. None, in his view, was superior or inferior.

Although he himself didn’t practice caste segregation, , he didn’t push for inter-caste dining in the beginning. But when it came to untouchability, he pulled no punches. By refusing to touch someone, one practically refuses all interactions with him, thus denying him all the fruits of social development was Gandhi’s opinion. Those were the days of the non-cooperation movement. He proclaimed that for the uplift of depressed classes, he would even lay down his own life, thus re-emphasizing his commitment towards the abolition of untouchability. And notwithstanding the need for support from the Hindu orthodoxy, he still made abolition of untouchability a major point in this campaign.

Interestingly, when a few enthusiastic activists from the depressed classes tried to push for temple entry, he dissuaded them from it. For him opening the gates of schools for ‘untouchables’ was more important than opening the gates of temples. Thus, under his presidentship, Gujarat Vidyapeeth passed a resolution not to exclude students belonging to depressed classes from any of the schools approved by Vidyapeeth. He, to maintain a good standard of education in schools for depressed classes, had even urged upper castes to send their kids to such schools.

His initial lukewarm response to temple entry for depressed classes notwithstanding, when the Ezhavas went ahead with their fight for temple entry, he wholeheartedly backed their campaign and taught them to effectively use satyagraha as a tool against that oppression.

Understanding the role temples played in the lives of people, he knew if discrimination continued in the house of God, it would never truly go away from society. Thus, later in his own campaign, he made unconditional temple entry one of his prime goals. He declared that “Doors of the temples which are closed for depressed classes are also closed for me,” thus using boycott as a tool to get depressed classes their right to worship.

The early 1930s saw several interesting developments in his campaign to uplift the depressed classes. The most prominent of them happens to be the Poona pact. Although in the 1920s he had vociferously backed Ambedkar for his heroic act in Mahad, he couldn’t see eye to eye with the latter on the issue of separate electorates. Separate electorates, in principle, went against the attempts of amalgamation of the depressed classes with the upper castes. Gandhi understood such a thing would stigmatize the depressed classes further, thus undoing the strenuous work done by several activists to uplift these classes.

And that’s when, to stop the British from taking this disastrous measure, he decided to unleash his ultimate weapon in Pune’s Yerwada: fasting. So began the fast with the blessings his friend Rabindranath Tagore.

As the fast progressed, numerous reports of upper castes showing repentance and opening temple gates for ‘untouchables’ started pouring in, showing that his campaign was bearing fruits. The fast also helped reach a compromise of reserved electorates, the formula which was adopted in the Indian Constitution post-independence. This way, along with serving the interests of depressed classes, the Mahatma also saved the Hindu society from disintegration.

By the mid-1930s, the Mahatma had established a firm hold over the Hindu community. People of all castes had started following his lead rather than that of priests. Thus he took a more rebellious stand in this crusade and started advocating for inter-caste marriages, not caring about the opposition from the orthodoxy anymore. Bringing his new teaching into practice, he went on to marry his adopted daughter Lakshmi to a Brahmin.

But the Mahatma wasn’t to settle with just that. Still wanting to do more for the upliftment of the depressed classes, he formed Harijan Sevak Sangh in 1932 and in 1933-34, went on an all India campaign against untouchability. The orthodoxy, unable to bear this transgression to what they considered their religion, attempted to assassinate him in Pune. But he was not to be deterred by attempts at his life. For that noble cause, he was willing to embrace martyrdom if it came his way.

It was also during this tour he began attacking the varna system, which he had initially tried to keep intact, claiming that only character determined one’s superiority or inferiority. This was a tectonic shift from his original stand. To modify his views according to changing circumstances was the attribute that set him apart from others.

On following the Mahatma’s campaign against untouchability closely, one finds that with his growing influence on Hindu society, he gradually embraced more and more radical views. In the 1940s he, urging to discard the entire caste system, suggested people to ignore all his previous views on caste. This was something only he could do, evolving and embracing a more progressive stance.

In Mahatma, the depressed classes found someone who understood their suffering and made it one of his prime goals to work for their upliftment, someone who wielded influence over the upper castes and used it to eradicate untouchability.

Gandhi’s contribution to the uplift of depressed classes is lesser recognized, though it was because of his strenuous efforts that a society which once considered a community untouchable had its first law minister from that community.

Sahil Yadav
Sahil Yadav is a budding writer and keen observer of Indian politics. He is a follower of Mahatma Gandhi's teachings, campaigns and life. He tweets at yadav93sahil.
View All Posts by Author
Visit Author Website