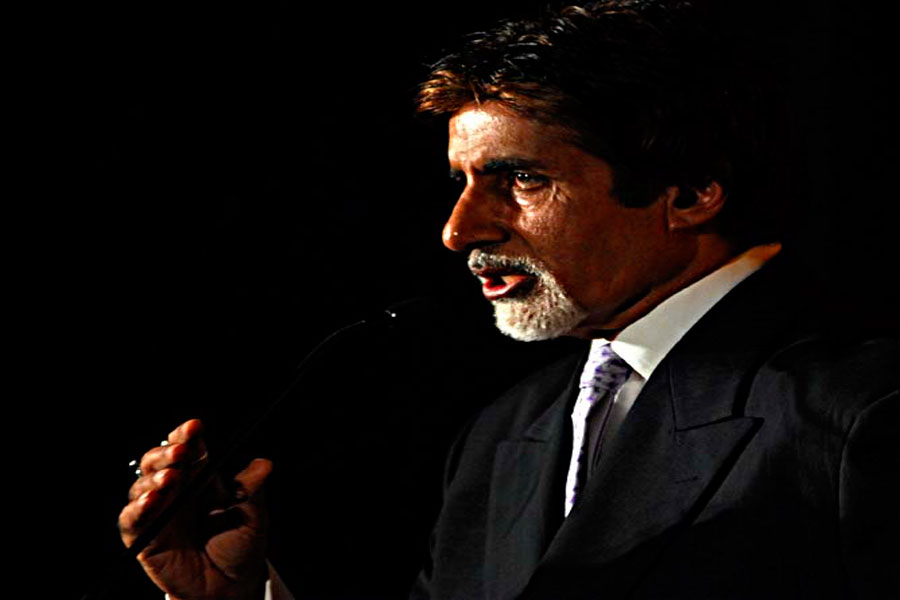 ‘Padma Vibhushan’ Amitabh Bachchan, recipient of four National Awards, has been named the recipient of the prestigious Dadasaheb Phalke award for 2018, for his lifetime contribution to the Indian film industry. This year, Amitabh Bachchan completes 50 years in Indian Cinema and so does the award. Named after the father of Indian cinema, Dhundiraj Govind Phalke, it was instituted in 1969 by the Government of India, to commemorate Phalke’s contribution to Indian cinema. Bachchan, in his 50th year as an actor is now the 50th recipient of the award in its 50th year.

Amitabh literally means “One with boundless splendour”. When Harivansh Rai Bachchan and Teji Bachchan changed the name of their baby boy from Inquilab to Amitabh, little would they have known that the name would truly come to embody him. What more can be said of Bachchan that hasn’t been said already? He’s a living legend, the face of Bollywood, the most loved and respected actor in the industry, and deservedly so.

For Bachchan, success didn’t come overnight—the man had his fair share of struggles and failures. Even at the height of his popularity, he had to go through some dark days. From an era dominated by the trio of Dilip Kumar, Raj Kapoor and Dev Anand, followed by Rajesh Khanna’s fleeting superstardom, Bachchan has reigned supreme over Bollywood from the mid-seventies and hasn’t relinquished his position ever since. 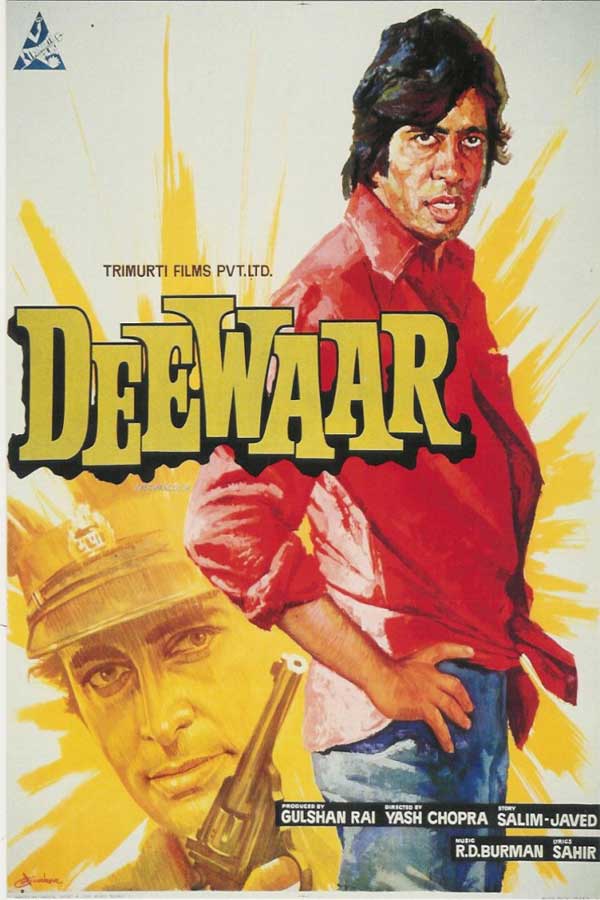 Amitabh didn’t become a sensation overnight. He made his debut with Saat Hindustani (1969) in which he was one among the seven protagonists, and the movie didn’t do well at the box office. By the end of 1972, Amitabh Bachchan had the tag of a flop hero despite critically-acclaimed performances in Anand (1971), Parwana (1971) and the semi-hit, Bombay to Goa (1972). It was only after Zanjeer (1973), that his career really took off and there was no looking back after that. Zanjeer gave India its ‘Angry Young Man’ and Bachchan followed it up with a string of good performances in hits like Abhimaan (1973) and Namak Haram (1973).

From stardom to superstardom

From 1973 to 1984, 19 Bachchan films completed ‘Golden Jubilee’ (A 25-week run). The year 1975 saw the release of Amitabh’s two biggest blockbusters Sholay and Deewar, along with the acclaimed Mili and Chupke Chupke. It was Deewar which took his stardom to another level and heralded the arrival of the superstar. That was followed by many successful films like Kabhi Kabhie, Adaalat, Hera Pheri, Amar Akbar Anthony, Trishul, Don and Mukkadar Ka Sikandar in the latter half of the seventies, and by the end of that decade, Bachchan had reached the pinnacle, leaving other stars far behind.

Bachchan’s successful run continued in the eighties and just as he seemed unstoppable at the box office, he met with an unfortunate accident on the sets of Coolie. The near indestructible superstar who had battled seemingly insurmountable odds in thousands of celluloid frames was now fighting the most epic and riveting battle of all—his life. 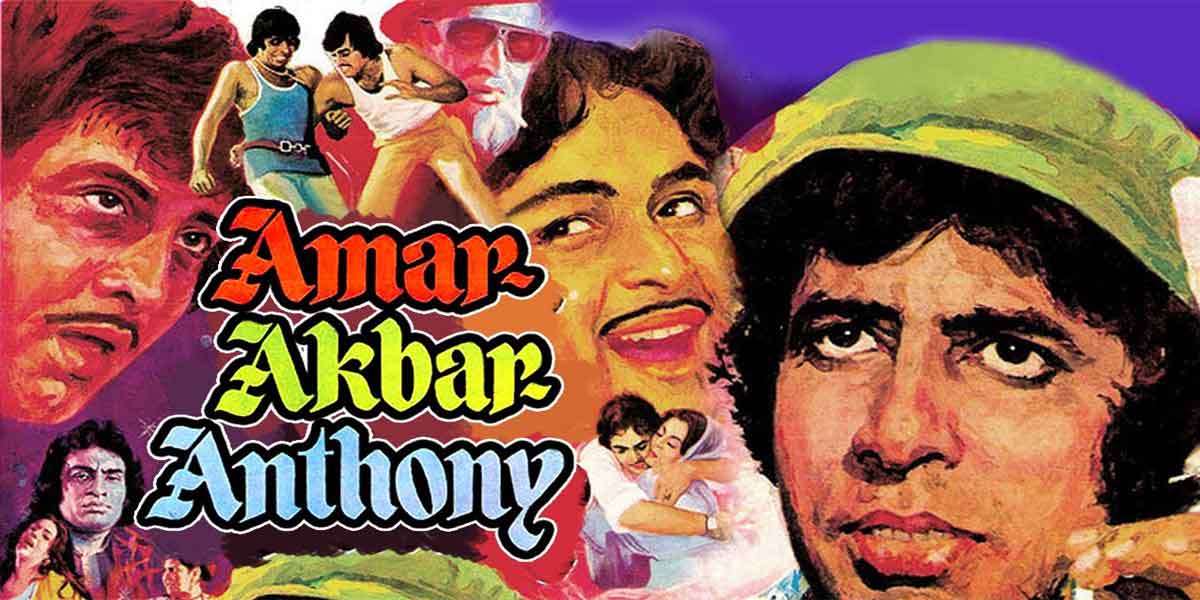 Across the country, millions of shell-shocked fans held its collective breath and the star’s heroic and lonely struggle was relayed onto the front pages of national newspapers. His childhood friend Rajiv Gandhi called off his trip to the United States to fly back to Bombay to be at Bachchan’s bedside. And among the then Prime Minister Indira Gandhi’s first appointments after her return from a foreign visit was a visit to see the stricken star.

Bombay was studded with hoardings and posters praying for the superstar’s recovery. In the city’s dailies ‘get-well’ advertisements appeared regularly, and in temples like the city’s famous Siddhi Vinayak Temple, prayer meetings were held to invoke blessings for the actor. Such was the aura of the man, the whole country was praying for his life. No other Hindi film actor had captured the collective consciousness of people in the manner Bachchan had. 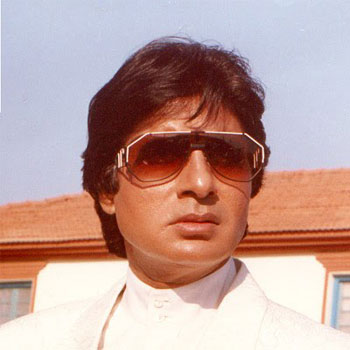 Since the unfortunate accident, Amitabh Bachchan’s life hasn’t been a bed of roses. Health issues, financial crises, string of flops, bankruptcy, he has seen it all. But he rose like Phoenix from the Ashes at the turn of the millennium and there was no looking back. To an extent, Amitabh Bachchan’s success can be attributed to the manner in which he adjusted to the changing times.

Bachchan’s second innings after a series of flops in the late 1990s, after taking a break of five years in between (1992-1997), started in the year 2000 with the Yash Chopra film, Mohabbatein. In Bachchan’s own words, worthwhile films had dried up and he walked up to Yash Chopra and told him, “I need a job”. And Mohabbatein happened. The success of Mohabbatein kicked off Amitabh Bachchan’s second innings. This was immediately preceded by his first ever television show, Kaun Banega Crorepati, and Bachchan had clearly reinvented himself. “9 baj gaye kya?”—captured the imagination of the TV viewing audience, and the rest, as they say, is history. In 2000, Bachchan was also declared ‘Superstar of the Millennium’ by the BBC. And he has been unstoppable since then.

Amitabh Bachchan has worn many hats in his second innings. He was the brand ambassador for Gujarat Tourism and we all have heard his voice in the ‘Kuch Din to Gujaro Gujarat Mein’ campaign. He was also the Goodwill Ambassador of UNICEF in India and his efforts helped in eradicating Polio and drove India to become Polio-free. ‘Do boond zindagi ki’ resonates in every Indian’s head with his baritone. Now he is the brand ambassador for the ‘Save Water’ initiative by the Government of India.

In a few days, the megastar will turn 77, but that doesn’t stop him from taking up challenging roles, working round the clock and pushing the boundaries to outdo himself, one film after another. He’s giving actors quarter his age, a run for their money.

You cannot really live in India without being influenced by cinema. The love for Bollywood films gets kindled the moment your mother turns on the television, and you get hooked onto it as a toddler. You grow up watching peppy dance numbers, mimicking your favourite actors. As far back as I can recall, there is hardly any Bachchan movie that I haven’t watched. I wasn’t even born when the entire country was in the grip of ‘Amitabh fever’.

Sholay was the first Bachchan movie that I had watched as an 8 year-old kid, but only after 12 years of its release. I remember that my father had bought our first colour Television and a VCR and renting Amitabh Bachchan’s movie cassettes was a daily ritual. From Silsila to Kabhie Kabhie to Namak Haram to Namak Halal, Hum, Agneepath, Sharaabi, Muqaddar Ka Sikander, Milli, Chupke Chupke, Don, Lawaaris, Khuda Gawah to Cheeni Kum to Black to Pink…I haven’t missed any.

My favourite memory as fan would always remain my first trip to Mumbai in 1997 on a college tour. We were more than 60 girls and as soon as we landed in Mumbai, our very first demand from our tour guide was to take us to ‘Prateeksha’ (one of the houses of Amitabh Bachchan). I remember how crazy we all behaved, shouted, screamed, some of the girls even stood on the rooftop of the bus to have a glimpse of Amitabh Bachchan’s house as we were told by his watchmen that the megastar wasn’t at home and may not return in the week that we were in Mumbai.

Here’s ending the note by wishing the living legend, the only megastar of this millennium, a very healthy life. I pray for his long, healthy and happy life. There will never be another Amitabh Bachchan even in the next 100 years. 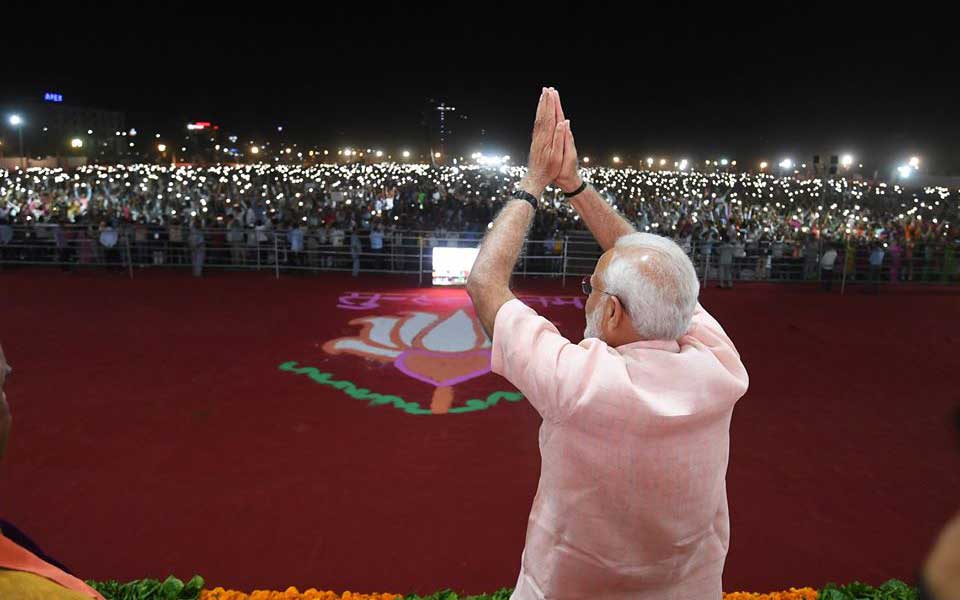