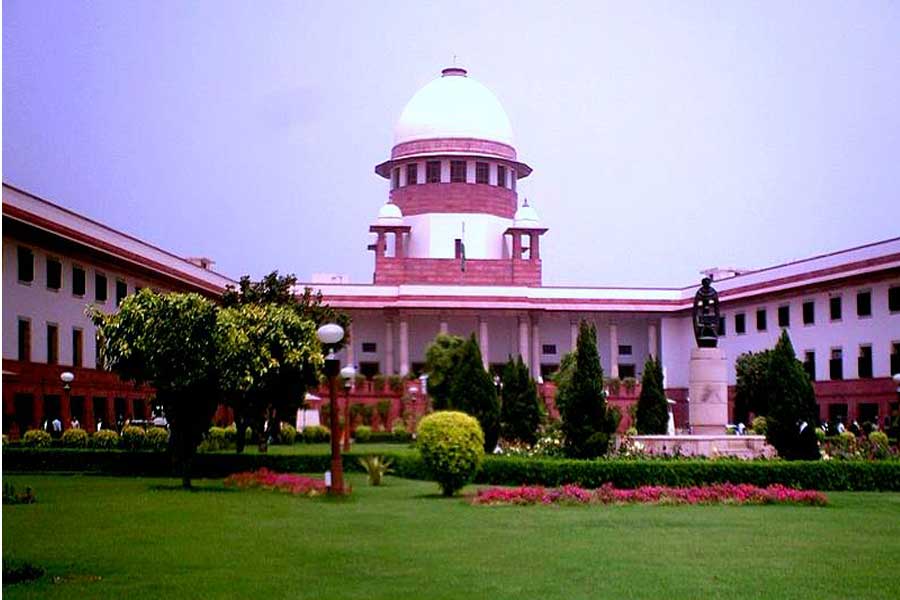 Independence of Judiciary on its Last Legs

Over the last few years, the issue of independence of judiciary in India has constantly been in the public domain and for good reasons, particularly after the landmark press conference of the four senior most judges on 12th January, 2018, who decried executive interference in the judiciary. Ironically, one among the four judges at the press conference, Ranjan Gogoi, is the current Chief Justice of India (CJI), under whose watch, the edifice of the independent and impartial judiciary is crumbling fast. Before we come to the recent developments, let us first understand what independence of the judiciary essentially means.

At a basic level, the concept of judicial independence entails that a judge should be free from any pressure from the legislature/executive or any other person/body in deciding a particular case. At a macro level, it means separation of powers—that the legislature, executive and judiciary are independent of each other, and act as checks and balances of each other. Independence of judiciary is critical in a country like India, since the High Courts and the Supreme Court have the power of judicial review—the Courts can strike down legislations passed by the Parliament and State Legislatures on the grounds of violation of fundamental rights or the basic structure of the Constitution.

The independence of judiciary does not mean that the judicial powers are absolute or can be exercised arbitrarily; they are totally subject to the Constitution. In fact, the independence of judiciary is nothing but judicial integrity and accountability. Therefore, higher judiciaries like the Supreme Court and the High Courts are called ‘institutions of integrity’—their public legitimacy rests on their integrity. An integral part of building public legitimacy is to have a fair and impartial system of judicial appointments, which is under attack in the last few years.

Article 124 and Article 217 of the Constitution govern the appointment of judges to Supreme Court and the High Courts, which provide that judges would be appointed by the President of India, after consultation with the Chief Justice of India. A bare perusal of the constituent assembly debates would reveal that the Constitution makers were alive to the issue of complexity of judicial appointments, and how to provide for the most suitable model for India. In fact, Dr Ambedkar himself noted that:

“There can be no difference of opinion in the House that our judiciary must be both independent of the executive and must also be competent in itself. And the question is how these two objects could be secured. …It seems to me in the circumstances in which we live today, where the sense of responsibility has not grown to the same extent to which we find it in the United States, it would be dangerous to leave the appointments to be made by the President, without any kind of reservation or limitation, that is to say, merely on the advice of the executive of the day. Similarly, it seems to me that to make every appointment which the executive wishes to make subject to the concurrence of the Legislature is also not a very suitable provision. Apart from being cumbrous, it also involves the possibility of the appointment being influenced by political pressure and political considerations. The draft article, therefore, steers a middle course. It does not make the President the supreme and the absolute authority in the making of appointments. It does not also import the influence of the Legislature.”

From the beginning, the issue of judicial appointments became a tug of war between the Executive and the Judiciary, which reached its peak during the Emergency, after a junior judge, Justice A N Ray, was made the Chief Justice of India, by superseding three senior judges in 1973. The differences between the two organs of the State then came to a head in the S.P. Gupta v. Union of India (1982), when the Supreme Court upheld the primacy of the executive in the appointment and transfer of judges on the basis that consultation was a mere suggestion, and not concurrence and thus was not ‘binding’ on the president.

This collegium system then was enlarged to include the CJI and the four senior most judges of the Supreme Court in Special Reference Case (‘Third Judges’ Case) in 1999. Since then, the collegium has been making judicial appointments, but the controversy pertaining to the same did not die down.

In 2014, the Parliament passed the National Judicial Appointments Commission Act (NJAC), seeking to provide a mechanism for judicial appointments and reinforce executive control, which was struck down by the Supreme Court in 2015 and the primacy of the collegium was restored.

The last six years of Narendra Modi-led National Democratic Alliance (NDA) has seen a huge tussle between the executive and the judiciary over the judicial appointments, which has reached enormous proportions, with the resignation of the Chief Justice of Madras High Court, V K Tahilramani, on 6 September, 2019 after being transferred to the Meghalaya High Court by the Supreme Court collegium, for inexplicable reasons.

In fact, from the very first month in office, the Modi Government began to interfere with judicial appointments, when they nixed the elevation of Senior Advocate Gopal Subramanium to the Supreme Court in June 2014 on vague and unsubstantiated allegations, which finally made Subramanium withdraw from the process.

In September, 2017, Justice Jayant Patel, the second senior most judge from Karnataka, resigned from his position protesting against his arbitrary transfer to Allahabad High Court, when he was poised to become the Chief of Karnataka High Court. The delay in the elevation of Justice K M Joseph to the Supreme Court in August 2018, sitting on the file even after the collegium sent back the recommendation, is known to all.

There have been many other cases of the Supreme Court collegium arbitrarily modifying its own recommendations, including when the collegium recommended the elevation of former Chief Justices of Dehi and Rajasthan, Rajendra Menon, and Pradeep Nandarjog, in December, 2018, and then in January, 2019, modified the same, by elevating two other judges to the Supreme Court, who were junior to the former, causing huge outrage and disquiet amongst the Bar and the Judges themselves. This disquiet has now become a full massacre of the principles of judicial independence, impartiality and integrity.

The latest victim of the collegium is Justice Akil Kureshi, who was recommended to be elevated to the Chief Justice of Madhya Pradesh in May 2019, but the Government disagreed with his recommendation, and sent back the proposal twice in April 2019 and in August 2019. Shockingly thereafter, the Supreme Court collegium modified its recommendation by transferring Justice Kureshi to Tripura High Court on 5th September, 2019.

In both cases of Justice Tahilramani and Justice Kureshi, it is said that Modi Government was against them, since Justice Tahilramani had authored the famous Bilkis Bano judgment relating to Gujarat riots, and upheld the conviction and life imprisonment of 11 persons for gang rape of the victim, while Justice Kureshi had sent Amit Shah, the current Home Minister of India, one of the prime accused in fake encounter cases of Sohrabuddin Sheikh, to jail in 2010.

All these egregious cases show that the entire premise of the collegium, which was supposed to be free from executive interference, no longer exists now, since the Modi Government is literally getting its way on judicial appointments. At a time when the judiciary had to be the strongest institution, it has turned out to be the weakest, collapsing like a pack of cards, in the face of executive bulldozing.

The entire ethos of the Supreme Court being a counter-majoritarian institution is lost now, and it would take a long time to undo the damage inflicted on the Court’s legacy, through the abdication of the collegium in recent times.