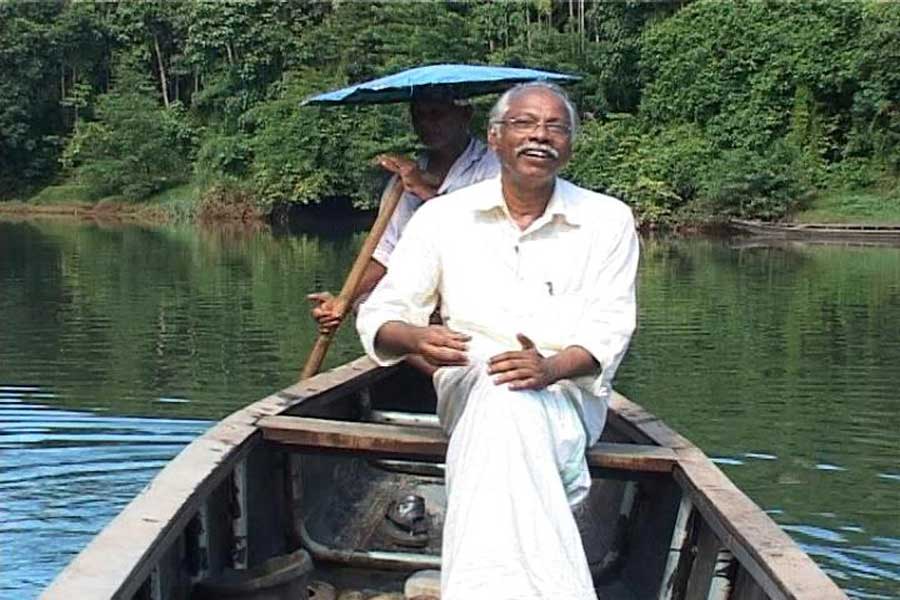 The liminal status of Karasseri—never having disowned Islam or his Muslim credentials, though he is avowedly agnostic—was rendered problematic in the post-9/11 era when Muslim public intellectuals of all stripes increasingly came under public scrutiny. Karasseri also got some international visibility when he was invited to the Berlin Graduate School Muslim Cultures and Societies as the main speaker in the first ever international level academic conference held in Europe about Mappila Muslims.

Karassery, a scholar of Arabi-Malayalam, the linguistic amalgam and literary pastiche of Arabic and Malayalam that evolved in Kerala over the ages; has maintained his humanist position throughout. But his scholarship has often been mistaken for identity posturing. He is that rare figure who can speak on the ‘Hadith’ (sayings of prophet Muhammed) and Mahabharata with equal poise.

Where Karassery differs from Hameed Chendamangalloor, whose USP in the Kerala public sphere is his staunch criticism of the Islamist politics of the Jama’at-e-Islami (founded by Maulana Maududi in Pakistan), is in the formulation of his critique of Islam in more positive terms.

Even while denouncing the niqab, he would defend someone’s right to wear the burqa, which did not cover the face, since it did not impinge on personal freedom or space. This was more in tune with the globalized Anglophone liberal thought than with the analogues of that spectrum in the Kerala public sphere. He also chose to tackle the wider decay in the Indian political edifice with the emergence of radical Hindutva forces at the helm.

Previously, Karassery had come to be pigeonholed as a perpetual critic of Islamic fundamentalism. When Karassery decided to take up cudgels on behalf of the subaltern and go after Hindutva with the same sort of vehemence, it disillusioned many of his own followers, not because they disagreed with his position, but mostly due to nostalgia for that old fiery public figure that tore into political Islam of all stripes. Those who saw in Karasseri the millennial lodestar of Islamic reformation and rational humanism were terribly disappointed.

The liminal space that Karassey occupied, between orthodox Sunni Islam and the left-leaning liberal mainstream in Kerala, soon became a problematic space. Islamists of the Jama’at-e-Islami started foregrounding their own liberal credentials, drawing inspiration from the political upheavals in Tunisia and other Muslim countries, by using feeder organizations like the ‘Welfare Party’ and ‘Solidarity’ and ‘Fraternity’ which were actively political in liberal guise. They were amply aided in this by the anthropological and political theory of thinkers such as Edward Said, Talal Asad. (Talal Asad is the son of Muhammed Asad whose travelogue ‘Road to Mecca’ Karasseri translated for the Islamic Publishing House of the Jamaat-e-Islami).

As the distinction between ‘liberal’ and ‘Islamist’ got overlapped, Karasseri’s original position became shaky as people started taking him for a hypocrite in the now-dominant Jama’at-e-Islami mould which articulated subaltern and human rights concerns from a narrow perspective—which certainly he was not. Karassery’s secular credentials and democratic integrity remain impeccable, but under the prevalent political climate, it is rather easy for even someone of his mettle to be misrepresented. Never having advocated identity politics, Karassery also did not choose to define himself negatively in opposition to any particular organization lately, but rather positioned himself as a universal humanist.

The wider global upheavals that pushed questions of refugees and human rights into the foreground as well as the conflicts in West Asia have complicated liberal humanism as a position, so much so that Karassery finds himself cornered as someone espousing an ‘identity’. This is something that Karassery, nurturing a contrarian streak, has always militated against. As a rare public intellectual in Kerala, Karassery was simply seeking to find a universal position for himself, and thus critiquing Hindutva with the same sort of vehemence as he dealt with Islamism in his previous intellectual incarnation.

Before the general elections of 2019, Karassery, like many others in Kerala’s secular space, gave apocalyptic pronunciations on the potential fallout of a Modi win. Post elections, he has endeavoured to firmly ensconce himself within the liberal fold by publishing a series of interviews with Anand, a modernist writer in Malayalam, who though no fan of the present regime, was never a trenchant adversary of it either, in the way novelists Paul Zachariah, Arundhati Roy or poet K Satchidanandan have been.

It will be enticing to see where the trajectory of history and intellectual labour takes Karassery from here. 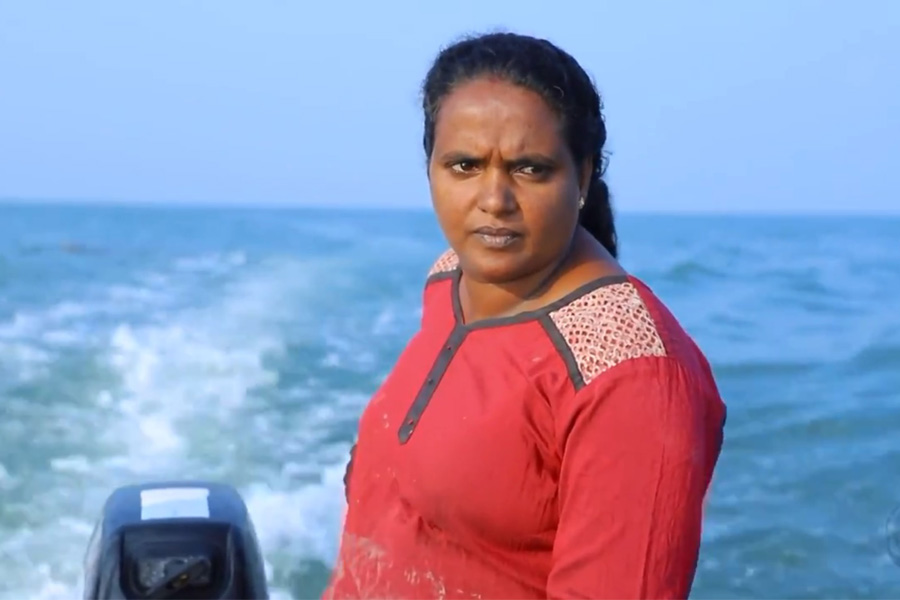 Rekha Karthikeyan, deep sea fisher: When the waters get rough, dont give up