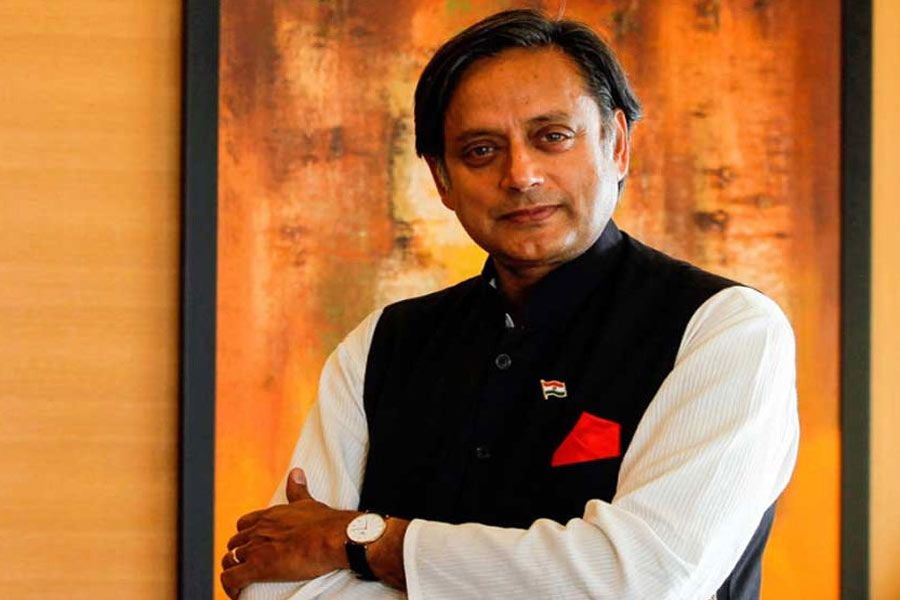 “Find me one leader from Kerala who has made 10% of the effort I made to oppose Modi”: Shashi Tharoor

Thiruvananthapuram MP Shashi Tharoor is in the eye of a storm following his tweet: “praising Prime Minister Narendra Modi whenever he says or does the right thing” and refusing to budge from that position ever since. Tharoor has come in for scathing criticism from Congress leaders from Kerala for his position, with K Muraleedharan even suggesting that Tharoor quit the party and join the BJP. The Kerala Pradesh Congress Committee (KPCC) President Mullappally Ramachandran dubbed Tharoor an “opportunist” and sought the latter’s explanation in a sharply-worded letter.

The Kochi Post has accessed Tharoor’s reply to the KPCC Chief where he goes on to argue how he has been consistent in his stand on the matter and how he has been working hard and taking on the government in the Lok Sabha and outside—more than any of his critics. On Mullappally’s point about raising the matter at a party forum, Tharoor argues how he was merely reacting to comments on social media and that he has always been a loyal Congressman. Read here the full text of Tharoor’s letter to the KPCC Chief:

Thank you for your mail. I am astonished to hear that you believe that I have sought to “justify Prime Minister Modi”. I would be grateful if you could point to the precise statement I have made that does that, because I have done no such thing.

On the contrary, I would urge you to look at the Parliament debates of the recently-concluded eight-week session of the Lok Sabha and find me one leader from our state who has made 10% of the effort I made to study, research, anticipate and oppose the Modi Government on every Bill they sought to introduce against the spirit of our Constitution and the values of the Congress Party. I intervened more than 50 times in parliament and spoke against 17 Bills with courage and conviction. Can any of my critics from Kerala say they have done so? Who on earth can credibly accuse me of a “volte face” from the stand I took when I sat alongside you in the last Lok Sabha?

Let me add that in addition to my work as an elected MP of the Congress Party, I have used the power of my pen and my credibility as an author to write the most comprehensive, and most successful, critique of the Modi Government’s first term, The Paradoxical Prime Minister.  This is not the work of someone who seeks to “justify” Mr Modi in any shape or form.

You are aware of all of this. So what is this outcry about? It is based on hysterical reactions to distorted reporting of a single tweet I issued supporting remarks made by Jairam Ramesh and Abhishekh Singhvi, whose credentials as strong leaders of the party — and Official Spokesmen of the AICC — both you and I are aware of. My tweet said:

“As you know, I have argued for six years now that @narendramodi should be praised whenever he says or does the right thing, which would add credibility to our criticisms whenever he errs. I welcome others in Opposition coming around to a view for which I was excoriated at the time!”

“Should be praised when he says or does the right thing” is not praise for Modi. It is an argument for the Congress, for whom Jairam, Singhvi and I are all strong voices, to enhance its credibility with fair-minded voters who abandoned us for the BJP but can be won back again. (Obviously, we are all referring to the overall national picture, not to Kerala – where the BJP does not have the same traction and where, as the only MP to confront a strong BJP rival twice and win, I have proved that I know what it takes to face them down).

Modi has done little worth praising. But he has been effective in raising his vote percentage across India from 31% in 2014 to 37% in 2019, and as a party which stayed at around 19% in both elections, we in the Congress need to make an effort to understand why. Clearly enough voters thought he was delivering something for them — we need to acknowledge that, but point out its limitations: yes, he built toilets, but 60% of them don’t have running water; yes, he gave poor rural women gas cylinders, but 92% of them can’t afford refills. But if we act as if he has done nothing, however flawed, and people still voted for him, then we are saying that people are stupid, which is not a position that wins you votes.

I want Congress, together with progressive, secular and liberal parties, to come back to power. For that, nationally, it is not enough to keep attracting the core Congress supporters. We need to win back the trust — and the votes — of those who deserted us for the BJP in the last two elections. That requires addressing what has attracted them to Modi. Then, our criticism has more credibility. That’s all I have been saying.

Several loyal party men have taken me to task for the phrase “don’t demonise Modi”, when no one has been urging the PM not to continue demonising Congress leaders. “Don’t demonise Modi” is not my phrase — they need to ask the person who used it what he meant. But it’s clear that the BJP, for its part, clearly thinks I have demonised Modi, because they have filed two cases against me for my critical remarks, in one case seeking an arrest warrant, which my Congress critics should hail as a badge of honour, instead of demonising me!

As to your point about waiting for a party forum, both Jairam’s comment and Singhvi’s were made in public forums and I was responding to comments on social media, which as I have explained to you before, require responses in real time. As you know, I am not a member of any other party forum where I could have expressed my views, and issues raised in public need to be dealt with in public. You mention party workers, and I too would like thank, through you, the thousands of ordinary congress workers, karyakartas and volunteers, in Kerala and throughout our nation, who have stood by me through all this mindless controversy because they know my intentions are pure, that i speak with the best interests of the Congress at heart, and they can see through the motives of some who seek to misrepresent and demonise me.

I am proud of my record for several years, in and out of Parliament, in standing up and speaking out in defence of the progressive, secular and inclusive principles and values of the Congress Party; and in identifying, analysing and skewering the ruling party’s assaults on the idea of India and the nature of our Constitution. I am more than slightly mystified to be seen by some of my own party men as some sort of BJP-inclined Modi sympathiser and to be asked for an “explanation” for “praising” someone I have not praised.

I urge my critics to look at the national picture and realise how we have to revamp our strategy to become a winning party again. Be fierce in our criticisms of the Modi Government, as I have been, but make sure our criticisms are taken seriously by the public because they are occasionally balanced against acknowledgements of genuine examples of right actions. Show the public that we stand up for national interests first, and demonstrate that those interests would be safer in our hands than his party’s – by agreeing when he takes the same stands as we would, and disagreeing strongly when he doesn’t, as well as pointing out the failures in his execution of chosen policies. That’s what a constructive Opposition does – and what the Congress should.

In summary, let me say that I have been a strong critic of the Modi government, and I hope a constructive one. My staunch defence of inclusive values and constitutional principles has won me three elections. I am second to none in working for the Party’s values in Parliament. I urge my fellow Congressmen from Kerala to respect my approach even when they don’t agree with it. 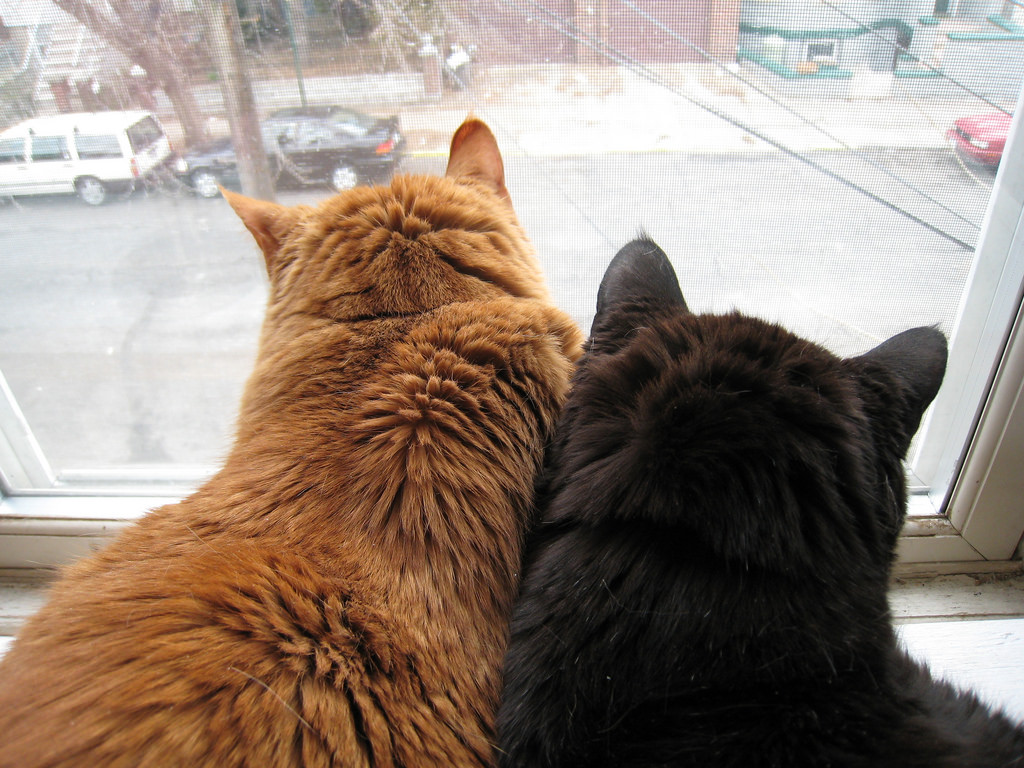 Banning Pets in Apartment Complexes Is Illegal. What Is a Possible Solution?