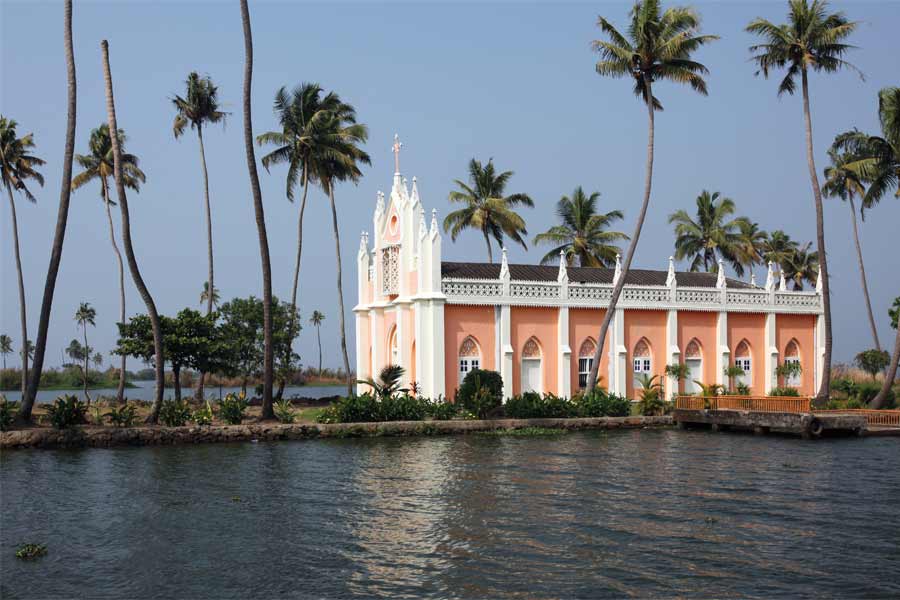 The Churches of India: History, Architecture and Legends

Contrary to popular belief, Christianity did not arrive in India with colonisation but is among the most ancient religions of the sub-continent. Interestingly, it is also said that Christians came to India sailing across the Arabian Sea and along the flourishing spice trade route not to trade but to escape persecution.

Sydney-based architectural historian, author, and photographer Joanne Taylor in her latest book The Churches of India, published by Niyogi Books, talks about her various fascinating discoveries about Indian churches—their history, architecture and legends.

Through her book, Joanne gives the reader a deep insight into the range of churches, from the grand to the humble, its architecture and history. In an interview with The Kochi Post, she speaks about her love for the country, the early arrival of Christianity, why she started on her book in Kerala and more.

This is your third book based on an aspect of Indian architecture.  What compelled you to write this book: The Churches of India?

I love your country and as an ‘outsider’, I can be objective. My first book, The Forgotten Palaces of Calcutta was similar. The book discovers the old areas of the city where heritage houses and history fill every crowded lane. Similarly, I found very little information about the churches in India after my discussion with my publisher, Bikash Niyogi. It really intrigued me to know more about the beautiful churches spread across the country and its architecture.  That’s when the idea for my new book The Churches of India started taking shape.

How long did it take for research?

Probably three years off and on. Life gets in the way sometimes—things happen and family needs you so a book sometimes has to wait. I traveled to Kolkata, a city I know well as I have written two books on that city and my Masters’ thesis. I also traveled to Chennai, Pondicherry, Bangalore, Kerala, Goa, Mumbai and Delhi for my research.

What differences did you find architecturally between churches in the North, South, East and West of India?

Kerala has had a very long association with Christianity. Their churches show how their architecture has evolved. Kerala churches are very interesting. The early churches responded to what they saw around them—Hindu temple architecture. Later, the Portuguese brought their own church architecture.

Other areas of India however are difficult to define as church buildings are many and varied and impossible to compare. One can find an enormous Gothic styled cathedral not located not very far from a very modern-looking church. In the east, the British-built churches are clearly of that country—Colonial churches, little chapels that look like they came from the English countryside.

The British were the longest colonial power to stay in India and as such they made their mark, beginning with garrison churches in their forts. Not forgetting Nagaland, a tribal state with the greatest number of Christians in India. In Nagaland you can find enormous churches in all manner of bizarre architectural styles. But it was impossible to record all of India’s churches in one book. The goal was to present a diverse collection from across India.

You started your book by pointing out that Christianity in India dates back to 52 AD. Could you tell us which part of the West Coast did St. Thomas the apostle land and which is the oldest church in the country? Does it still exist?

Traditionally, it is believed that St Thomas arrived in Muziris, an ancient port on the Malabar Coast, south-west India, known today as Kodungalloor. There are no churches dating to these early times. We have some idea about how they looked from letters of travelers which I have included in my book. It’s believed St Thomas built 7 churches in Kerala and they were possibly house churches or palm-thatched cottages. The oldest church is thought to be St Thomas Church in Thrissur, Kerala whereas the oldest European church is St Francis in Fort Kochi.

What made you start the book from Kerala and not Goa or Puducherry?

I wanted to show how Christianity began and later spread across India, more in some places than others. It seemed right to start in Kerala, at the very beginning. Also, in Kerala, churches can be seen everywhere one looks unlike in Gujarat or Rajasthan where they are difficult to find.

What is different about Kerala churches compared to the others?

Kerala is a beautiful place with tiny churches and Christian shrines along the edge of the backwaters. I had heard of these waterside shrines and became very interested to see them. The history of Kerala includes the ways in which Christians arrived which is also very intriguing, with some guess work involved—the trade routes, the spices and the race to find the quickest sea route to India. Also, it was interesting to find how these churches incorporated Hindu temple elements, the most visible being the dhwaja stambha or the flagpole. Kerala’s religious festivals are amazing too. So, it was natural to start the book from Kerala and I believe there is so much to cover on Kerala’s churches that it could have been a book on its own.

You mentioned in your book, how Vasco Da Gama mistook a Hindu temple to be a Church in Calicut and how when Portuguese finally found India’s Churches, they saw a heavy influence of Hindu temples. Did they try to bring any change during that time? Is there any reflection of it in any of the churches?

They certainly did bring about changes in the early churches. Many were destroyed and large impressive Portuguese churches with Baroque facades rose in their place. The Portuguese were devout Catholics and were set on bringing their religion to India. It was a very hard time for Indians, particularly when the Inquisition came to Goa.

What fascinating stories did you hear during your research? Could you share a few?

The dates on grave stones in British church yards are full of fascinating information. Some tell of the British men who fought in the Indian army, or the wives who came from Britain to find a husband and left much later. The grave stones of babies are of course the saddest.

In some churches, particularly in Kerala, I found ancient wall murals and discovered the symbols used. In one church the murals were hidden. I would not have found them and photographed them if not for a very old caretaker who took an interest and showed me.

How did you shortlist the places you would cover in the book?

I wanted to show a rich variety of churches—from the colonial churches of Kolkata and Bangalore to the French churches in Pondicherry, the Portuguese churches in Kerala and Goa to the interesting churches in Mumbai and Delhi, many of which have been designed by Indian architects. My choices evolved and changed as the work progressed. I wanted the book to be interesting, historically and visually. 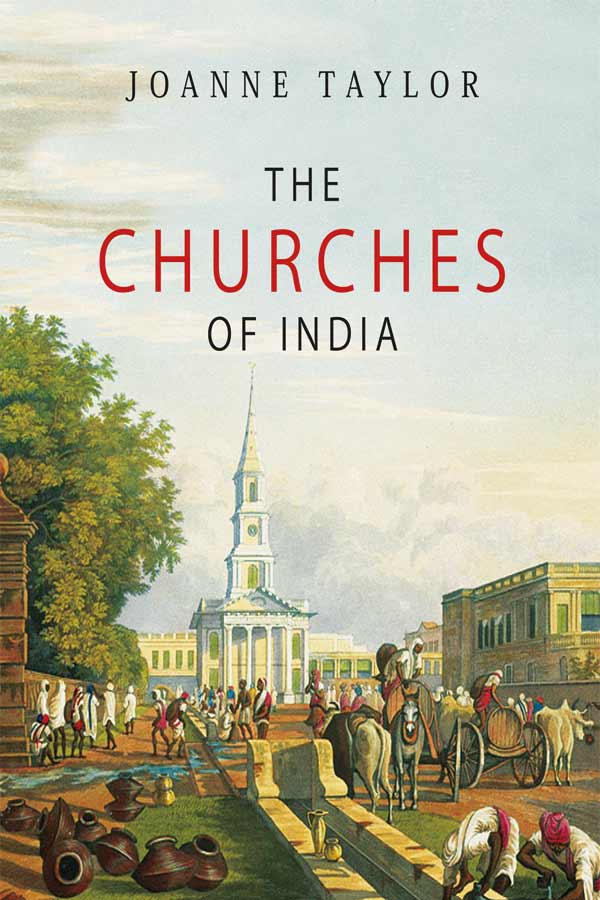 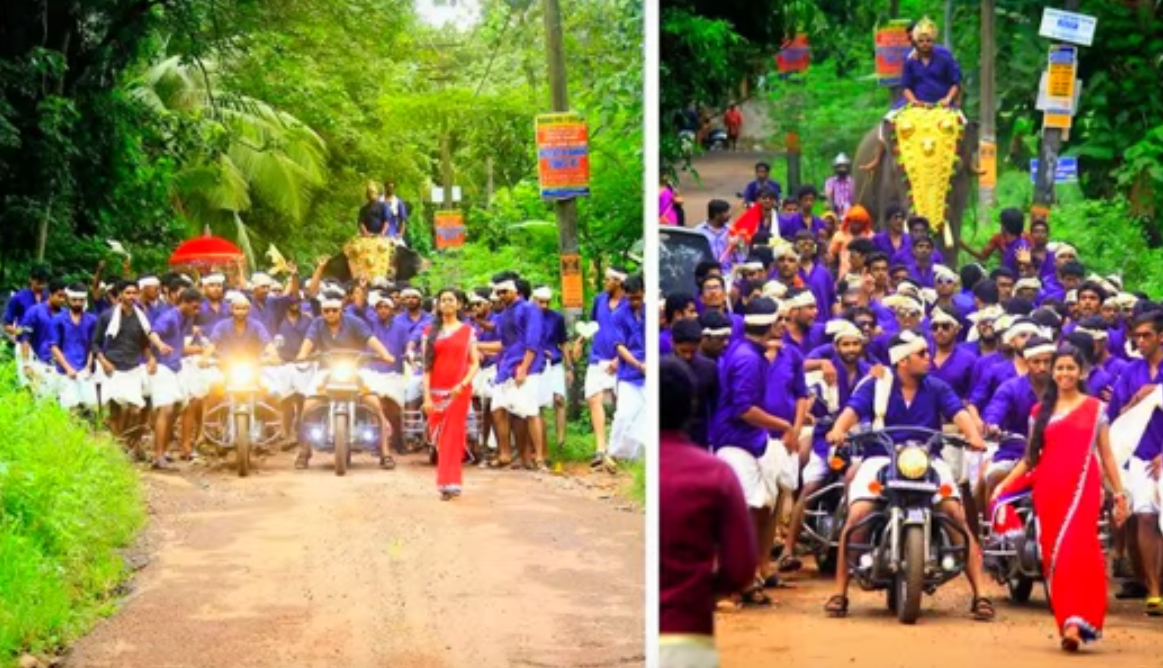 Which Engineering College Had The Best Onam?