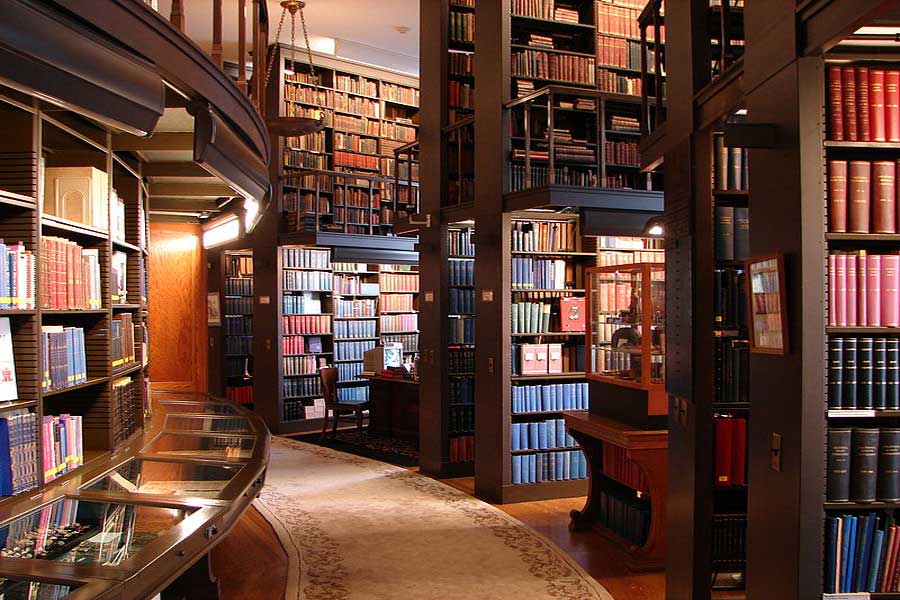 Is there anything so delicious as the first exploration of a great library–alone–unwatched? –Richard Jefferies

The crackle of new paper of the latest bestseller, the old-book smell of an ancient copy of Rebecca, a boarding pass used as a bookmark by a previous reader, a note scribbled in the margin by an over-zealous member, the reverential hush that plays like a background score over browsing readers…

Sometimes eccentric, not always perfect but often very dear, the libraries of my acquaintance have been much like family members.

My very first, our junior-school version, was a rudimentary one—a room with mats on the floor and bookshelves lining the walls.  I remember the high-pitched chatter of young voices, the booming voice of the librarian as she warned us not to talk too loud or smear the books with grubby fingers. It was here that we were first introduced to the fantasies of potted meat sandwiches and picnics, tuck boxes and boarding-school slumber parties, a doll called Amelia Jane and a menace called Dennis.

Senior school brought with it adult perks such as tables and chairs to sit on while you browsed and even a couple of ante-rooms where if you searched carefully, you could find a Sidney Sheldon or a Harold Robbins spirited away between the Anne of Green Gables and Little Women, the Tintins and Asterix, the Amar Chitra Kathas and the Tell Me Whys.

One entire period was devoted to reading, a luxury that seems outdated now, in the same way as liveried chauffeurs and actual spare time. And you were actually entrusted with a library card and allowed to take books home. It was looked over by a stern-faced librarian who would slip you a beady eye if you giggled too loud or returned your book too late.

I would like to say that it was only the love of books that made the space a refuge from equations and Wren and Martin for a while, but it was also a place to catch up on gossip with your friends (albeit in an undertone) and if you were feeling adventurous, to dare your classmate into making the librarian’s assistant (one of only four male staff in our all-girls’ school) blush by showing him the cover of a Harlequin romance and asking him if he had read it.

Since my sister and I were unsociable types who refused to mingle with the building kids, my mother, in an attempt to provide us with some extra-curricular activity that would distract us from scratching each other’s eyes out, used to also take us along to the neighbourhood library that she had enrolled in. It was nothing more than the corridor of a nearby building stacked higgledy-piggledy with books and magazines. The librarian was an amiable sort who would telephone us as soon as the latest Archies came in, so that we could be the first to learn of Jughead and Reggie’s latest antics.

It was also where my mother got her Women’s Weeklies and Woman’s Owns. To us, they were as fascinating as any storybook, with pictures of mist-shrouded English gardens and ivy-covered cottages, their recipes for roasts and jam puddings, their pictures of Princess Diana on her latest outing, and their short romantic stories, which were prim enough to be read by impressionable teens. In a completely ridiculous ritual, my sister and I would fight over the fashion pages, about who got to wear which gown or trench coat, as though we were about to shell out a couple of hundred pounds to buy them.

In later years, when the librarian acquired a boyfriend, in scenes witnessed only in the pages of Star romance comics till then, we would often turn up at the library to find her sitting on his lap and stroking his hair, thus challenging Frank Zappa’s notion that you go to college to get laid but to a library to get an education. Well, I suppose it was an education, of a sort. “Come in, come in,” she would cry to us cheerfully as we dithered at the doorstep, and would resume the hair-stroking and nuzzling as we tried to browse without collapsing into giggles.

Entire college afternoons were spent at Mumbai’s British Council Library, which took up one floor of a building in Nariman Point at the time and was manned by librarians who had mastered the stiff upper lip and accent of their far-flung employers, and a tone reminiscent of a frosty English autumn day. We were ostensibly there for the engineering books that were too expensive to be bought, but would often get side-tracked by a David Lodge or a Penelope Lively.

Later, I would visit its small-town cousin in Bangalore, a more compact, more modest version, with just a couple of rows of fiction but far friendlier librarians and the added benefit of sitting right atop the iconic Koshy’s where I could catch a pre or post-library filter coffee and cutlets. It has, alas, now moved to a bland modern building off Kasturba Road, complete with uniformed security and automated lending and borrowing—and the personality of Miss Grundy (the original one with the grey bun, not the scandalous made-for-television Riverdale version).

There have been many libraries since, big and small, commercial and personal—the atmospheric David Sassoon library in Bombay where retired gentlemen sat nodding off over musty tomes, my uncle’s personal collection of Ian Flemings and Cormac McCarthys that sat out of reach in a locked glass-enclosed cabinet and brought a whiff of Occidental glamour to the corner of Kerala he lived in, my mother’s well-thumbed stack of PG Wodehouses (an inheritance more precious than gold).

Today, it is the Eloor Lending Library in Bangalore that provides me with back issues of Good Housekeeping, the latest Upamanyu Chatterjee or a lesser-known Julian Barnes. Founded in Ernakulam in 1979 by P Luiz John, over the years Eloor established six more branches across the country (sadly, only three of the branches remain open, the others victims of the declining reading habit).

The Bangalore branch is staffed by a group of the most soft-spoken, most affable librarians and the head librarian, Gopal Rao, who has been around for as long as I remember, will remember to keep aside a book you’ve asked about or order one that you really want to read. The library has a diverse and well-maintained collection of books – from biographies to cookbooks, classics to bestsellers, children’s fiction to Indian literature. Eloor also has a special place in my heart for stocking my debut novel with no arm-twisting whatsoever— every time I visit, in that time-honoured tradition of pitiful writers everywhere, I discreetly pull it out and flip to the last page to see when it was borrowed last.

That reminds me, I have to cajole them into stocking my new novel. I’ll be back in a minute. Oh, Gopal… 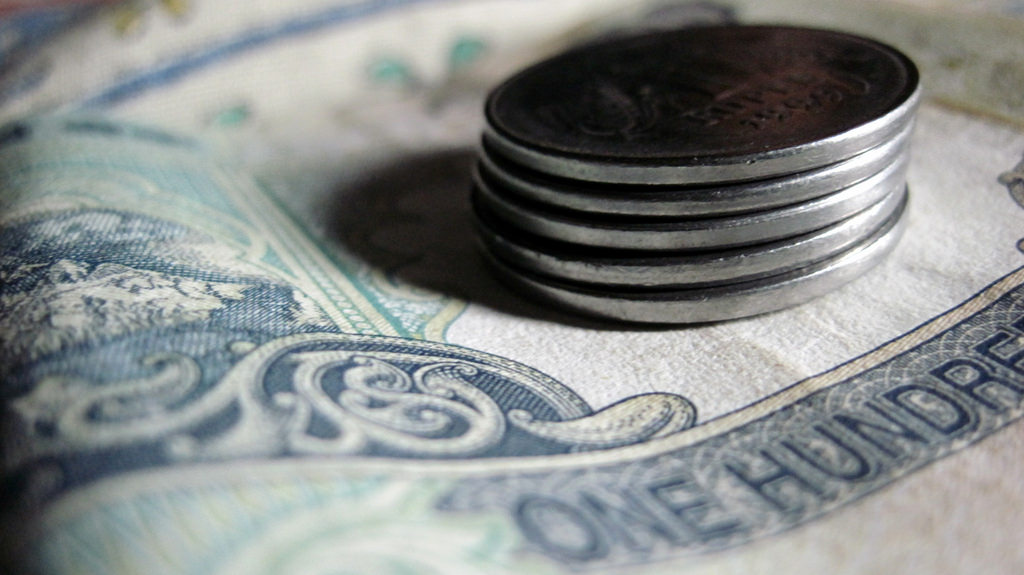 In Conversation with James Wilson on His Findings About Demonetisation