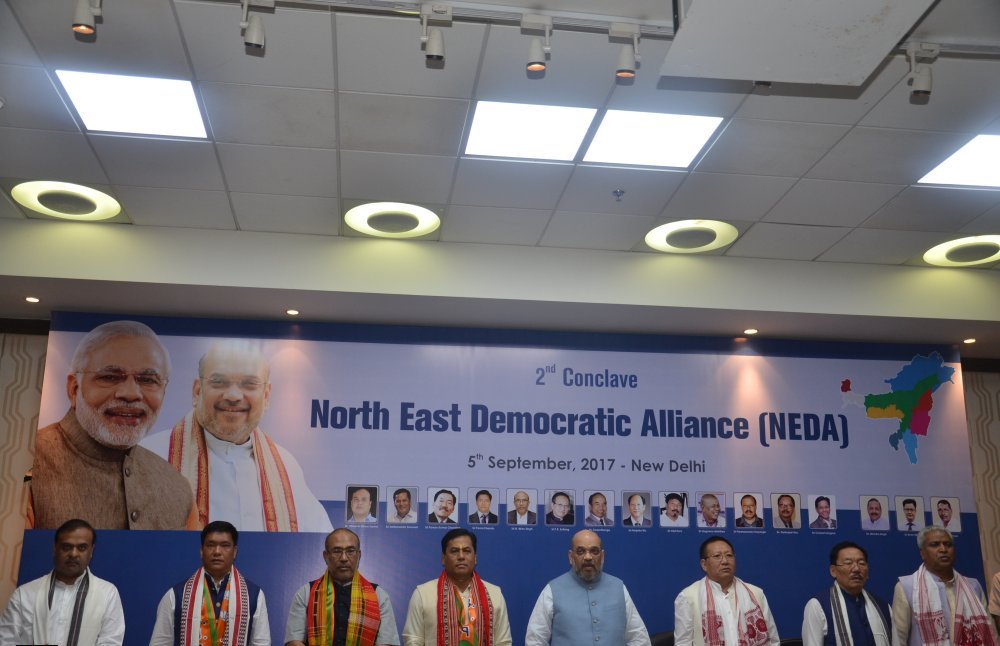 Amidst the Congress comeback in India’s Hindi heartland and myriad analyses surrounding it, the results from its last bastion in the Northeast seems to have largely escaped attention. With the Congress loss in Mizoram, Bharatiya Janata Party (BJP) has fulfilled its oft-repeated goal of a “Congress-Mukt Northeast”. Although the BJP’s gains are incremental in the state, it opened its account with a solitary win to register close to eight percent vote share in the overwhelmingly Christian-majority state.

Congress won merely 5 seats, a loss of 29 seats from 2013. But the party would take heart in the fact that its vote share hasn’t fallen proportionately. The Mizoram National Front (MNF) led by rebel leader Zoramthanga was back in power in the state riding on the anti-incumbency wave. A third force—Zoram people’s Movement (ZPM)—has also emerged in the election in the bipolar polity of Mizoram. The ZPM, formed barely a year before the elections, had their candidates contesting as independents winning 8 seats and coming second in another 9 seats to make a huge impact on the elections—with a vote share of 23%.

BJP’s lone victory came on the back of a lot of planning in a state where the saffron outfit is viewed with suspicion for its ideology of Hindutva. BJP fielded former Congress Minister-turned-rebel BD Chakma in the Tuichawng constituency—where the minority community of Chakmas are decisive—to open its account. But the BJP’s attempts to win more seats by consolidating other minority groups didn’t succeed as former assembly Speaker Hiphei couldn’t retain the Palak seat that he won on a Congress ticket in 2013. Hiphei comes from the minority Mara community and he had also defected to the BJP on the eve of the elections like BD Chakma.

The Congress loss has been attributed to the two-term anti-incumbency and the support lent to the MNF by the Presbyterian Church. The Lal Thanhawla-led Congress government had alienated the church by rolling back the 18-year old prohibition of liquor in the state. The partial rollback in 2015 by a permit quota system was introduced following rampant bootlegging and increased cases of substance abuse. Zoramthanga had promised to restore prohibition and consequently won the backing of the influential church to swing the election decisively in his favour.

Apart from the micro picture, the bigger story is the loss of Congress’ last foothold in India’s Northeast. While the MNF and BJP contested separately in Mizoram, MNF is very much a part of the North East Democratic Alliance (NEDA) floated by BJP in 2016, soon after its win in Assam. The Northeast has 25 Lok Sabha seats in the eight states and BJP is looking to consolidate on the gains in these states to try and make up for the anticipated shortfall in the cowbelt.

Till 2014, Congress was either in government or the primary opposition party in each of the 8 states in the Northeast. The election cycle in 2014 saw the Congress losing a substantial vote share in Sikkim even as they registered a huge win in Arunachal Pradesh. Soon, trouble began brewing in Arunachal, following a rebellion against Chief Minister Nabam Tuki from within the party. BJP promptly stepped in and fuelled the crisis to turn the rebels in its favour and ultimately got them to merge with it, thereby stealing the mandate. Even a Supreme Court order restoring status quo ante did not prevent the BJP from poaching the Congress legislators en masse yet again at a later stage.

It was the victory in Assam that actually turned the tide in BJP’s favour in the Northeast. And that success was preceded by Himanta Biswa Sarma’s rebellion against Chief Minister Tarun Gogoi and subsequent exit from the Congress. Sarma was the de facto number two in Assam Congress at that point and he was often used as a trouble-shooter by the grand old party in adjoining states. Sarma was made a Cabinet minister with eight portfolios in Assam following the BJP win—apart from being made the Convenor of the North East Democratic Alliance (NEDA).
Himanta Biswa Sarma has contributed significantly to BJP’s win and its expansionist policy in the Northeast through his good offices in adjacent states. The NEDA incorporated the Chief Ministers of Sikkim, Nagaland in the alliance and only the Congress-ruled states of Manipur, Meghalaya, Mizoram and the Communist Party of India (Marxist) fortress Tripura was out of BJP’s bounds at that point.

In early 2017, Manipur went to polls with four other states and BJP improved their tally from zero to 21 seats. Although Congress had won 28 seats in the 60-member assembly, BJP managed to cobble together a government with their NEDA partners—Naga People’s Front and National People’s Party.

The elections in early 2018 to Tripura, Meghalaya and Nagaland once again saw BJP surging to power in all the three states—either as leader of the alliance or as a constituent. It was the victory in Tripura that was most significant as the BJP managed to beat the CPI (M) by a resounding margin against a fairly popular Chief Minister (Manik Sarkar). While Congress had emerged as the single largest party in Meghalaya with 21 seats out of 60, the BJP with their 2 seats managed to stitch together an alliance with the National People’s Party to form the government. Although Congress sent its trouble shooter Ahmed Patel at a later stage to try and win over small allies, it came too late.
In Nagaland, the BJP dumped their NEDA ally NPF for the newly-launched Nationalist Democratic Progressive Party (NDPP) founded by former NPF leader Nephiu Rio on the eve of the election—getting 20 seats to contest in an alliance and winning 12 of them in the bargain. In a Christian-majority state like Nagaland, this was no mean achievement. While the Congress vote share came down from 25% to 2%, the BJP had improved their vote share from 2% to 15%.

Mizoram was the last Congress bastion left to conquer and although BJP isn’t part of the new government headed by Zoramthanga, the MNF continues to be a part of the NEDA. The BJP’s success story in the Northeast has been scripted by its general secretary Ram Madhav and Northeast Zonal Organising Secretary Ajay Jamwal—and executed by the likes of Himanta Biswas Sarma.

Can Congress claw-back from here?

Just as the victory in Assam turned out to be an inflection point for the BJP, any revival for the Congress in the Northeast will also be predicated on Assam. The Citizenship (Amendment) Bill, 2016 is being sought to be introduced in the winter session of Parliament by the BJP and its ally Asom Gana Parishad (AGP) is up in arms against it for the bill being violative of the Assam Accord.

The AGP was instrumental in getting the BJP a toehold in Assam—and the Northeast by extension—by allying with the BJP in 2001. While the BJP grew at the expense of the AGP in Assam, Congress continues to remain a formidable force in the state. With AGP threatening to exit the National Democratic Alliance (and NEDA) over this issue, an alliance with the AGP for 2019 might just be what the doctor ordered for the Congress. Also, a change of guard at the centre might also prompt a change of heart for a lot of allies in the NEDA. The possibilities are aplenty going forward. 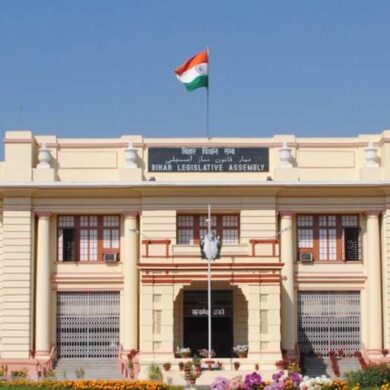