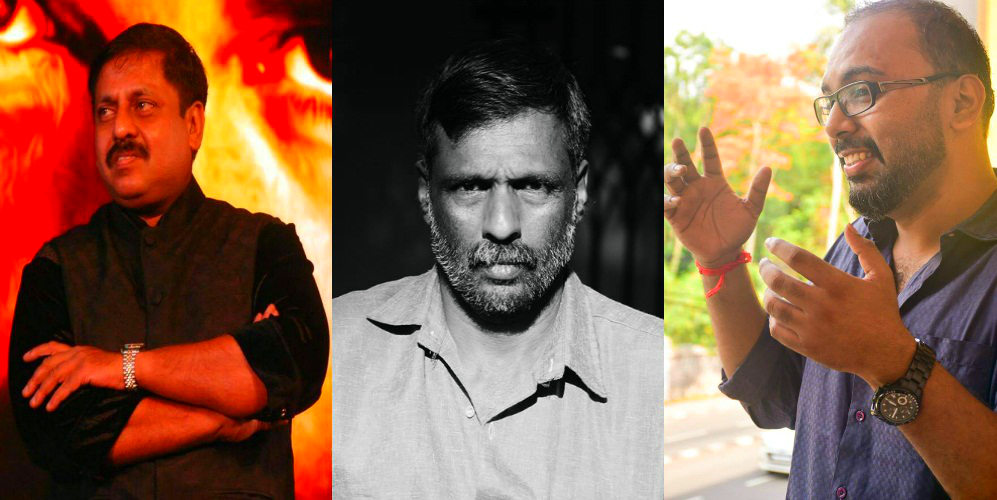 Famed natural medicine practitioner, Mohanan Vaidyar who has been under attack by the Kerala Health Department, has found support from some unexpected corners. Entrepreneur, Sohan Roy and bestselling author, Praveen P. Gopinath have come out in staunch support of Mohanan Vaidyar’s treatment methods.

For those of you who are not acquainted with the name, Mohanan Vaidyar lays no claims to being a doctor or a medic. He refers to himself as a guide who lives in accordance with nature and claims that traditional, easily available medicinal plants are the most effective in warding off and curing many illnesses that are rampant in our State. He has been relentless in his pursuit to educate the general public about the steadily increasing use of pesticides in our vegetables and the toxic chemicals in our everyday beauty products, including soaps and detergents. He has also bluntly criticized modern medicine, including Allopathy and Ayurveda as having an unholy unhealthy mutually beneficial relationship with the pharmaceutical industry and monopolizing the healthcare market.  Mohanan Vaidyar’s incessant warnings against the use of chemotherapy, as weakening a cancer patient further has now been validated by a new report by a team of US researchers. They have suggested that chemotherapy may be back firing by helping spread cancer resulting in more aggressive types of diseases or organ failures in the long run.

Sohan Roy, founder Chairman and CEO of Aries Group of companies and director of the Hollywood movie DAM999 has updated his Facebook page with flyers stating, ‘Save Naturopathy Ayurveda’ in support of Mohanan Vaidyar and traditional ayurvedic remedies.  He has appealed to his followers to ‘Stand against the professional massacre of Mohanan Vaidyar by Allopathy practitioners. Don’t let Ayurveda die.’

Praveen P. Gopinath, bestselling Indian Author and the 9th most sold bilingual author in India, has expressed his disapproval in the proceedings against Mohanan Vaidyar. Praveen, who is also an avid food enthusiast, believes in holistic healing through a nutritional and balanced diet. His Facebook page is uploaded every noon with delectable pictures of a traditional, home cooked meal, his lunch, that has every nutritional prerequisite for a person. He claims that he uploads these pictures with the hope of educating his followers on the nutritive benefits of ordinary, everyday plants and vegetables. Lentils like horse gram, which has the highest calcium content among pulses, one of the richest vegetarian sources of protein and commonly available produce like jackfruit and tapioca that are a source of vitamin B-17 and is believed to have the potential to combat cancer are regular features in his cooking.

In an exclusive conversation with The Kochi Post, Praveen P. Gopinath has stated the following:

“I personally don’t know Mohanan Vaidyar but has been following his work through his videos for some time now. Though I do not agree to all his statements and methods, the reason I like him is because his foundation ideology of treatment ‘use organic food as medicine’ is something I have been following for the last two years. The only difference is I use it as a prevention rather than a cure.

A close friend, a reader of mine, Jeffrey Glen Herman battled cancer for two years, unsuccessfully. Jeffrey was just a young, healthy, happy 26-year-old when he succumbed to the disease. Despite every effort and spending over 22 lakhs in treatments, modern medicine could not save him. And that loss prompted me to find and understand cancer, its effects and causes. It was in my journey to find an alternative cure that I ended up reading and understanding about the nutritional value of food. Everything I learnt I tried to impart to my readers as well. I have a small organic garden at home, where I cultivate my daily share of vegetables for lunch. I either use these vegetables or I buy organic produce that are locally grown at houses.

Frankly, it’s fear that drives me to buy everything organic. Though our typical food has copious amounts of ginger, garlic and turmeric that has anti-inflammatory properties and despite the extensive availability and consumption of jackfruit and tapioca that has Vitamin B-17, which is believed to have cancer prevention properties, the cancer patients in our State are steadily increasing in number. Pesticides are the culprit in this.

But there is something else too. Most of our diseases are due to a mental block. We have conditioned our minds with certain rules. Like when we are 30+ we might want to check our diabetics, pressure and cholesterol. When 40, we need to grey. When 60, we are getting old, so we should have our joint pains. When 70, we are almost preparing for a transition, and slowly we need to curl up and die. I don’t know how to explain it scientifically but from what I have read, I have understood that the only thing that doesn’t renew itself in our body is our teeth. Except that every cell in our body goes through a change, or get renewed, almost everyday.

When Jeffrey passed away, the doctors blamed his food habits as a cause of cancer, as he never drank or smoked. Somehow, I didn’t find it convincing enough. After much research, it slowly dawned on me that Cancer is actually an effect and not the cause. The cause is the mind. Look closely. When we get sick our temperature increases. We call it fever. It is caused by a virus or some bacteria. Here the effect is fever and cause is the virus or bacteria. Now a days, when we have cancer we treat with chemotherapy or radiations. We actually treat the effect, not the cause. The cause again from what I have understood is the thought process, the mind. Because every emotion of ours, good or bad creates a rush of hormones into our blood stream. The most common thing we know is about the adrenaline rush we get at times of emergency. People under stress and anxiety get into a mode, where adrenaline is rushed into the blood stream, because the glands misinterpret the situation as emergency, when there is no actual emergency. This kind of hormone pumping actually creates a huge difference to our life. So personally, I feel the major cause of Cancer might be resentment, guilt, extreme anger, stress, anxiety and such negative emotions. Our thought are very powerful. So we need to master our mind before it minds the master. Just realize the fact that your body can heal just about anything, we just have to help it with the right conditions to recover its immunity. I am sure there are many professionals and people with great knowledge about the scientific things that I have discussed here. Like I said, what is written here is just my opinion based on a lot of personal research and people I met.

I have no disrespect for Allopathy.  It is just that I believe there are more than one way of doing things right. People should have the freedom to choose how they want to be treated, be it Allopathy, Ayurveda, Naturopathy or whatever that cures them. What they think works for them is what matters. Sometimes it is all in the mind. I have read cases where spontaneous remissions happen in terminally ill patient. Spontaneous remission, also called spontaneous healing or spontaneous regression, is an unexpected improvement or cure from a disease that usually progresses. These terms are commonly used for unexpected transient or final improvements in cancer. Most of the time it might be a placebo effect.  One of the most common theories is that the placebo effect is due to a person’s expectations. If a person expects a pill to do something, then it’s possible that the body’s own chemistry can cause effects similar to what a medication might have caused. So personally, I feel that is where Mohanan Vaidyar is successful primarily. He takes the fear out of the patient. He prepares them for the healing. He takes the word ‘incurable’ away from their mind. And then treats them to good health with his food based therapies. Hence my views are in total acceptance of Sri. Mohanan Vaidyar’s foundation ideology of holistic healing.”

Reba Daniel, a natural health journalist says, “The reason why I would always support the approach that Mohanan Vaidyar has towards health and healing is primarily because his skills are coming from an evolved knowledge of using plant-based biochemistry which is the only system that had been proven to heal without side effects. Modern medicine has solutions to offer us in emergencies. They have always assured illness management but they have never been able to assure our bodies of healing of deep and long-term health. This could be precisely why this opposing faction is creating this solution. The West is already waking up and many doctors are genuinely embracing collaborative research and protocols using plant-based healing and health approaches. Here we still have deep resistance. We also still have the habit of attacking the messenger without listening without prejudice or prejudgment to the message he is bringing.

Reba’s journey in natural health and living brought her to experience a natural unassisted lotus birth. She now works with assisting people to make an informed, evidence based decisions about health and birth.

The notice filed against Mohanan Vaidyar’s office in Kayamkulam by the Kerala Health Authority states that his methods of treatment are unsafe and challenging for the public. If the safety of the public was the real concern behind these procedures, then we recommend that the authorities scrutinize the medical practices that seriously injure and kill thousands of people every year, instead of targeting natural medicine practitioners with absolutely no side effects. This seems more like a lobby conspiring against Mohanan Vaidyar, who has openly come out in public and criticized the expensive medical practices. After all, Health Industry is one of the fastest growing industry, the only question is, if it is healing us or exploiting us. 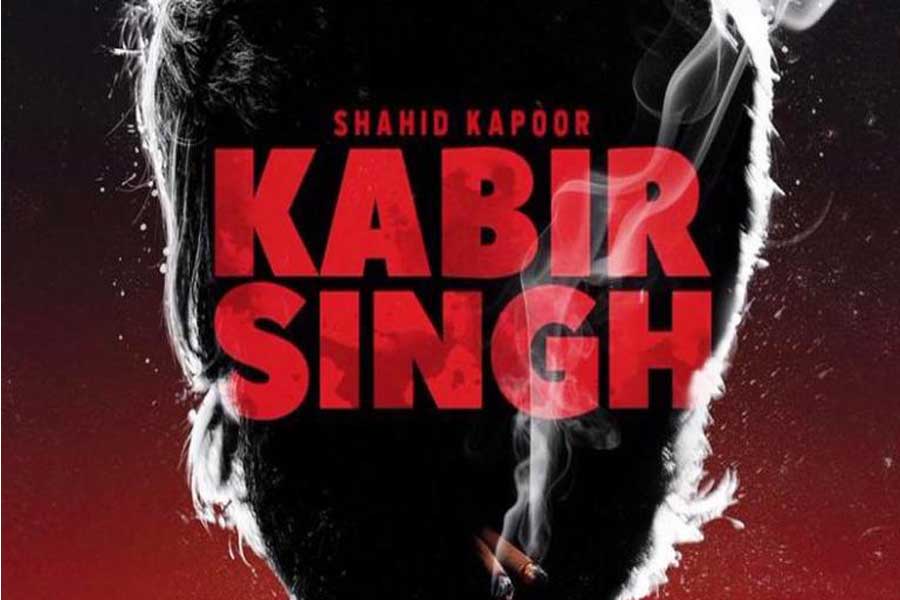 Kabir Singh: A psychiatrist should be on Call