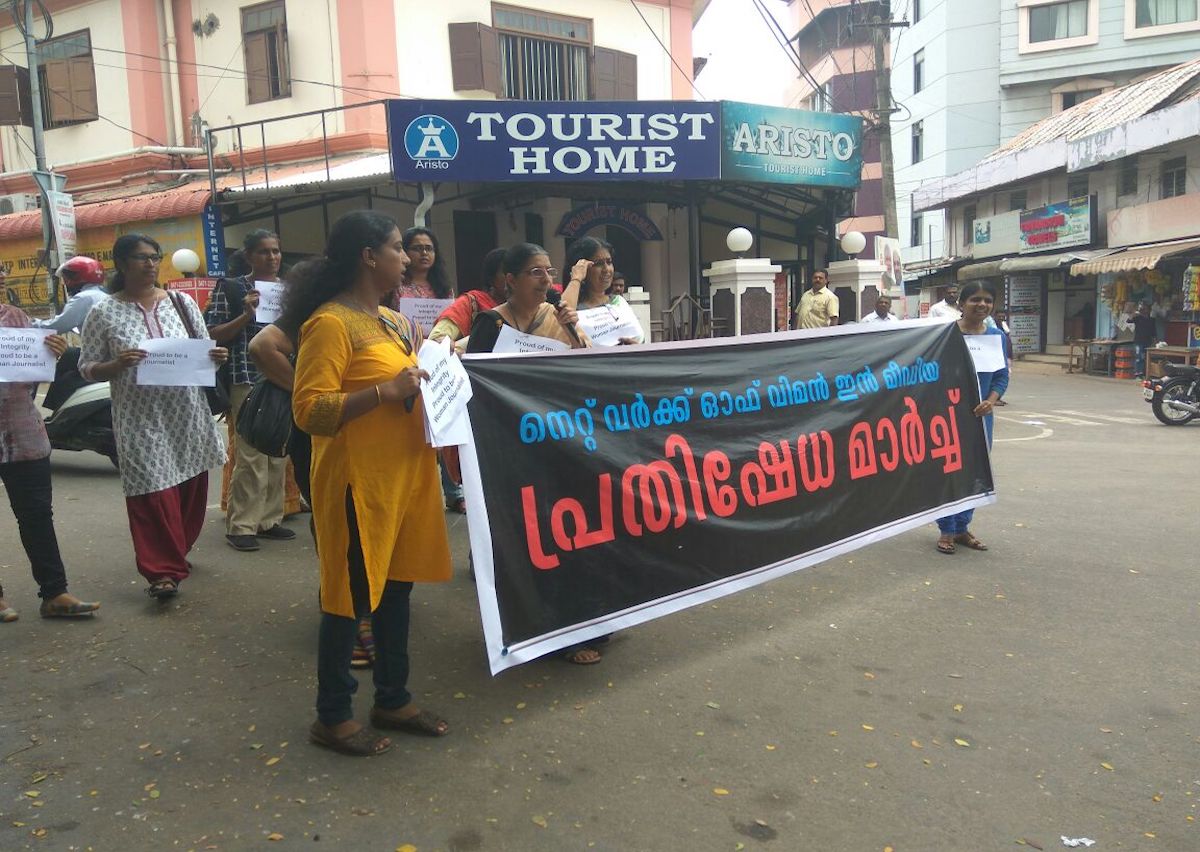 Women Journalists in Kerala Unite against Allegations of Lack of Ethics

Kerala transport minister being led into an alleged ‘honey trap’ causing him to resign has managed to raise many questions from journalism ethics to women journalists being targeted. Recently, when a female journalist from News 18, tried to get in touch with a minister for an interview, he casually joked “Are you trying to make AK Saseendran out of me?” The journalist, Suvi Vishwanathan, took to social media to retort, not to typecast all women journalist or question their integrity.

Here’s the Facebook post: “I called a senior CPI(M) leader on the phone, asking for his interview. “What is it for, do you want to make me AK Saseendran?” came his reply. He said that he will give an interview to a male journalist, and not a woman journalist.”

On the incident of the transport minister AK Saseendran talking in a sexually explicit manner, the credibility of the entire audio clipping was questioned as the news channel, Mangalam aired only part of the clipping that featured only the minister’s voice. The Kochi Post had earlier raised a question on the matter, on whether or not the incident is misuse of media power.

While initially it was said that the minister spoke inappropriately with a woman who came to him asking for help, it was revealed that it as in fact a journalist working in the news organisation. These speculations have strengthened after a woman journalist who was part of the channel resigned on Wednesday. According to sources, Al Neema Ashraf claimed that the channel had formed an ‘investigation team’, whose job was to ‘trap’ people who were seen to be vulnerable. She also said that the team was given a list of officials to target. And since she opposed the plan, she was side-lined from the team. However, when the incident took place, she knew what was really happening.

In recent developments, Ajithkumar, CEO of Mangalam channel offered unconditional apology for the sting operation. As of now, the eight-member team including Ajithkumar and the woman journalist are being investigated by the police on the basis of cases registered under sections of IPC and IT Act based on complaints from advocates Sreeja Thulsi and Mujeeb Rahman. The CEO also said that the mistake wouldn’t be repeated and pleaded that the media venture shouldn’t be destroyed on account of the lapse.

Thanks to the incident, women journalists in the state are currently facing insult and abuse for allegedly trying to trap men. A lot of media personalities have come out in solidarity for women journalists and a group of them are marching towards Mangalam channel to protest against the issue of using women journalists for such traps. 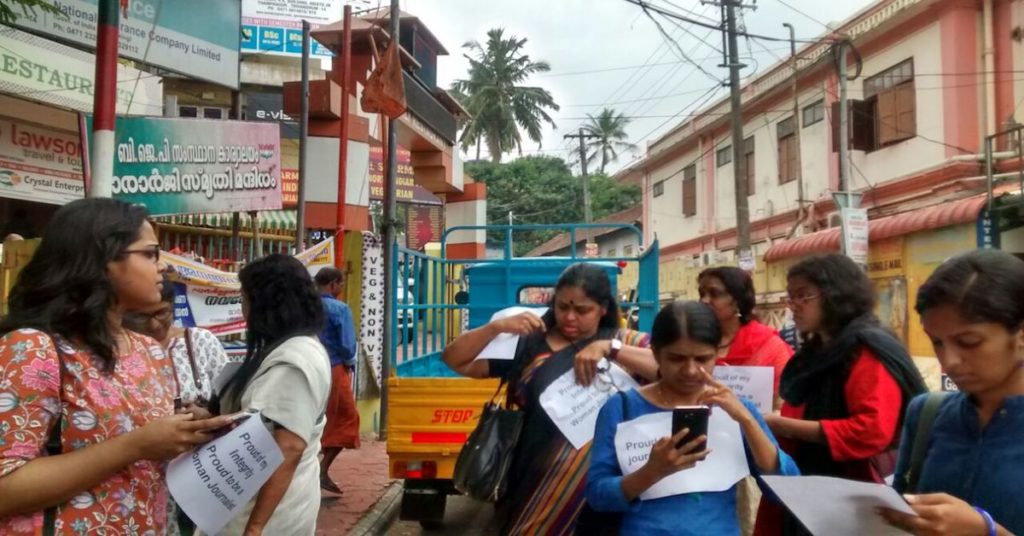 The Kerala chapter of the Network of Women in Media in India has in fact written to the state Chief Minister, Pinarayi Vijayan, drawing his attention to the matter. In their letter, NWMI said that because of the alleged sting, women reporters everywhere are being accused of involvement in honey traps.

Shahina Nafeesa, a senior journalist with Open Magazine says, “Women journalists in Kerala are facing a backlash and it is turning out to be more serious than what we had imagined in the beginning. We want to condemn the backlashing and therefore wrote to the CM, Pinarayi Vijayan and put forth specific demands. Ajithkumar had stated that the journalist took up the assignment on her own. This cannot be entirely true. All assignments are to be approved by the editor. That is common practice.”

“Rather than viewing it as a problem faced by women journalists, it should termed as a problem journalists on the whole tend to face. Also, the question to be raised is regarding ethics of visual media. There are no written regulations on that like print media does. So, there need to be proper rules and regulations on the conduct of visual media and people violating this should be held accountable,” says Prameela Govind S, senior journalist, Voice of Kerala, 1152am, Dubai.

Shahina added, “Women in this profession face multiple challenges both at the work place and from their family and surroundings. In such a scenario, present developments will only add to their woes. This is just unacceptable. Women cannot be used as scapegoats. If forced to do so, it can be harassment in the workplace. It is time that there are stricter laws to protect women journalists.”

“This protest march is for the safety and dignity of all women journalists. It is high time to bring forth issues like safety of a woman journalist and them being used as pawns for sensational stories. It should stop, says Beena AK another journalist.