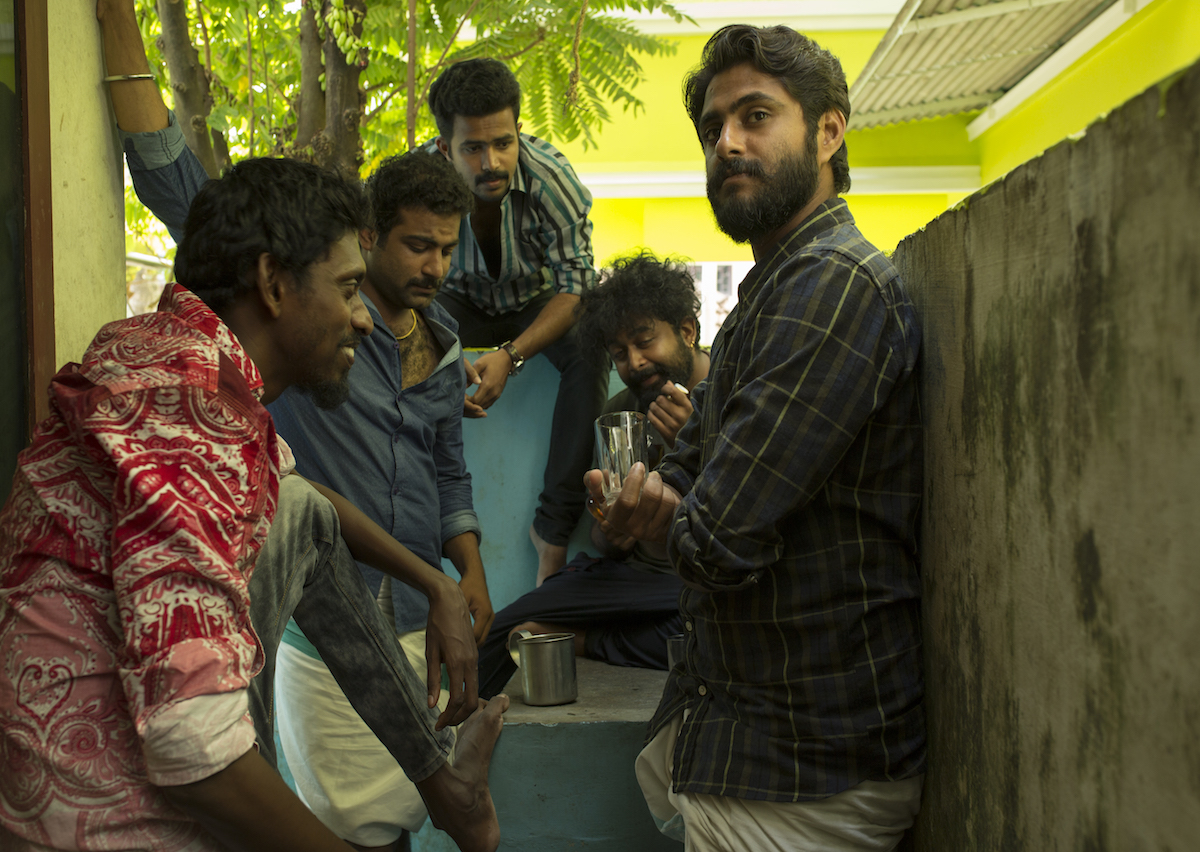 Angamaly Diaries is the Story of a Place and its People

The ‘katta local’ trailer of Angamaly Diaries has been a huge hit on the internet. The film with all fresh faces, promises a rustic setting and some fresh tales. The Kochi Post spoke with Lijo Jose Pellisserry and the cast of the film that releases today.

“The movie is mainly about the place, its food humour, crime…almost like giving character and face to Angamaly,” says Lijo Jose Pellisserry. “It isn’t a story that was put together in a say. It is a deliberated screenplay with a lot of thought gone into it. Me and Vinod (Chemban Vinod Jose) have discussed the story at length.  And the nature of the script demanded fresh faces,” he says. Entirely about about life in Angamaly, the parts of the movie have been shot in Irinjalakuda and Chalakudy.

“You could say that the movie moves through different emotions and different time periods in the lives of five characters. It follows them from the ages 12 till they are 28-30,” Lijo says. Meet all the characters from the movie.

Vineeth Vishwam (Bheeman): Vineeth Vishwam who is currently assisting director Ranjith Sankar in his latest Kunchako Boban starrer Ramante Eden Thottam, says, “My character is called Bheeman. If any problem involving the Palliyangadi gang, he usually starts a shoot,” Vineeth says. “Bheeman sees everyone as equal so calls everyone Bheeman too.” Vineeth who got the role through an audition, wants to try directing a film. Having assisted Ranjith Sankar in projects like Su…Su…Sudhi Vaathmeekam, Pretham and Arun Shekhar in Jilebi, the 28-year old is currently working on a script of his own. He admires directors like Quentin Tarantino, Mani Ratnam, Selva Raghavan, Lijo Jose Pellisserry, Anurag Kashyap and Christopher Nolan. The most memorable moment during the shoot of the film for him has been the climax scene that lasted for 11 minutes and was shot without any cuts. “It took us a day full of preparation and another day of shooting to get it right. When we finally got it right, there was an outburst of emotions- everyone was crying, hugging, clapping- it was crazy!” he says. 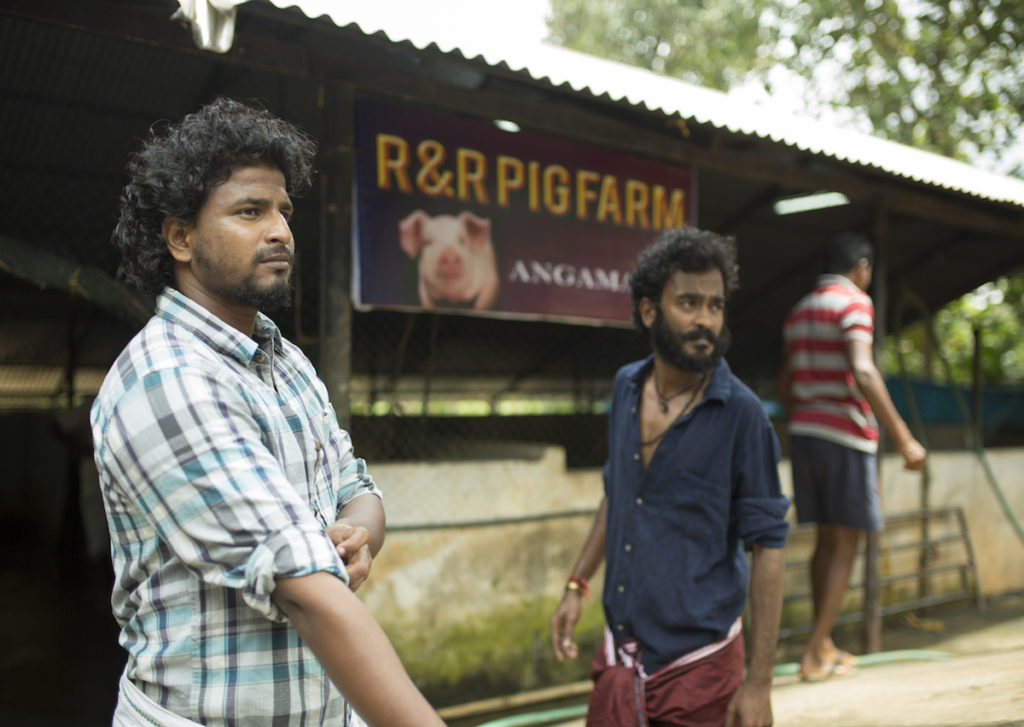 Githin (Kichu) Tellus (Pork Varkey): “My character, Pork Varkey, is sort of the nadunool or the thread that keeps the gang together. However, he is in two minds when it comes to being involved in the gang’s various activities as he is also in love with a Police Constable. So he can’t seem to decide whether or not to get fully involved,” says Githin Tellus, son of former producer, Tellus George who has produced films like Adukalla Rahasyam Angadi Pattu and Idi Gang. Githin too, is interested in doing something related to films. “Scripting or even producing maybe,” he says. Cousin of the film’s screenplay writer Chemban Vinod Jose, he enjoyed working with the director Lijo Jose Pellisserry as “he knows what he expects from us, and makes us work towards achieving it,” Githin says. 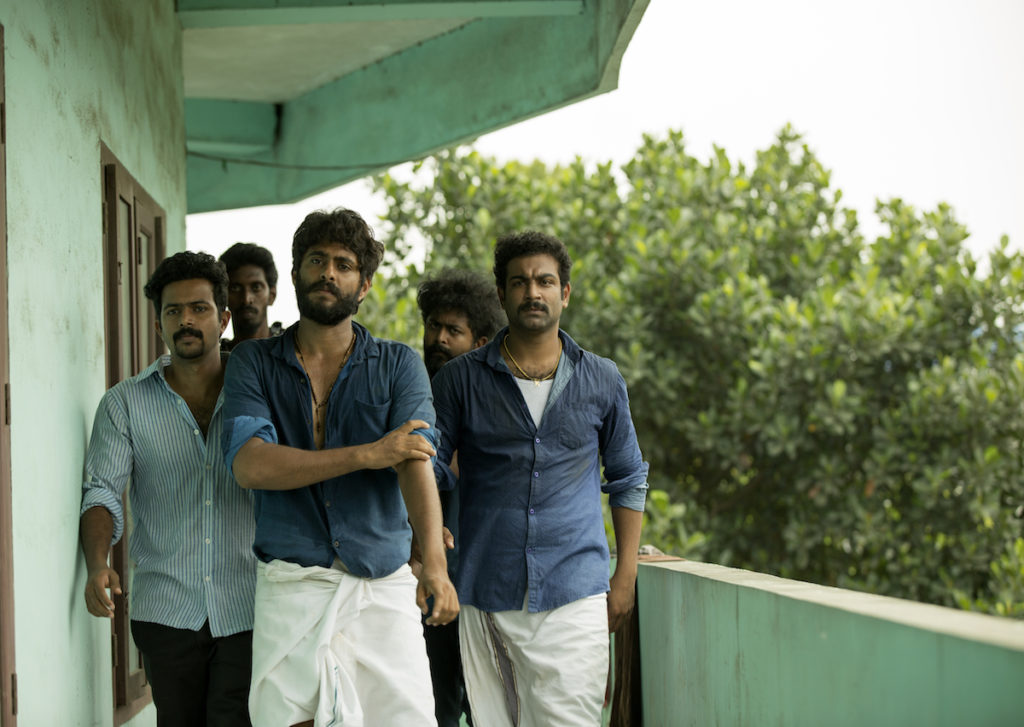 Antony Varghese (Vincent Pepe): Sort of the ‘leader’ of the gang, Antony Varghese who plays the role of Vincent Pepe, got selected through an audition. Also, the director happened to see a short film he acted in. “the movie is more about the place, people living there and their everyday problems. Pork being an important part of diet of the people living there, it becomes a character too,” Antony says.   The 27-year old who wants to pursue acting, admires Aamir Khan. The youngster who did his graduation from Maharaja college in Kochi too, feels that the 11-minute long climax scene is the most memorable moment from the shoot.

Ananthu PM (Kanakuna Marty): “Kanakuna Marty is a childhood friend of Vincent, Parippu Marty and Bheeman. He is a butcher and hence is a character who is rough around the edges,” says Ananthu PM about his role in the film. Ananthu who is in the final year of Fine Arts at the Shankaracharya college, Kalady, became fast friends with the remaining four cast members during the three-day camp they had before the shoot. “Working with Lijo sir has been a great experience. He is very dedicated and knows exactly how to execute the vision he has for a character, a film,” Ananthu says. He found the work environment to be very free. “since all of us are newbies, there weren’t any ego clashes and it was an atmosphere or fun and humour at the set throughout,” he says. One memorable incident according to him was when he had told the stunt master initially that he could throw in a few more punches, but soon realized that the stunts were all done almost real-time and he was soon sore with aches and pains. 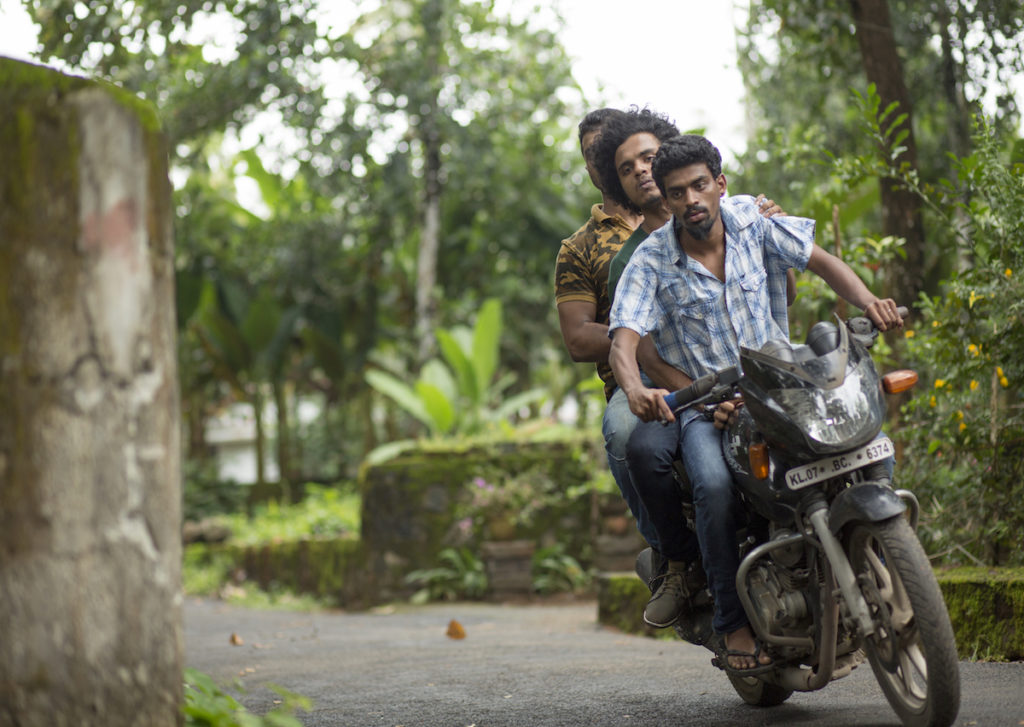 Sreekanth Dasan (Parippu Marty): Sreekanth Dasan who plays Parippu Marty too, got the role after an audition. Yet another admirer of the director’s dedication, Sreekanth too, ants to pursue acting. “I live close to Angamaly too, so I am familiar with the people their problems and how they view life on the whole. Also with Vinod chettan’s guidance, it was easy to sort of become the character,” the 28-year old says.

So, ready for what seems like an action-packed entertainer with fresh faces? 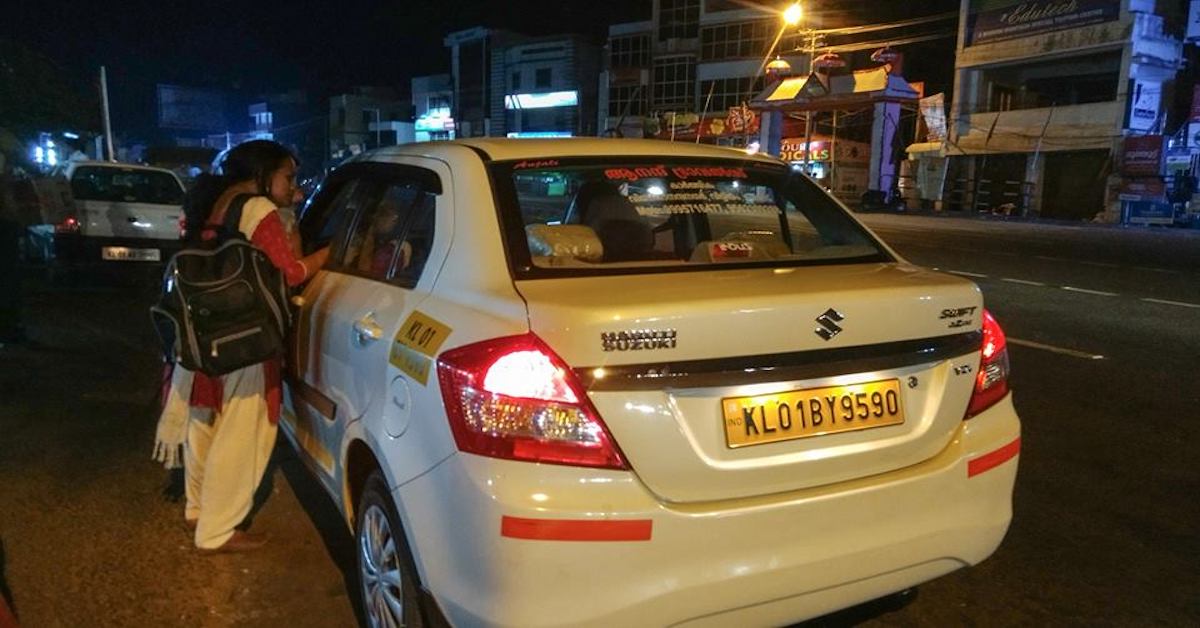 Uber Driver Refuses to Drop Customer to Destination, Gets Suspended