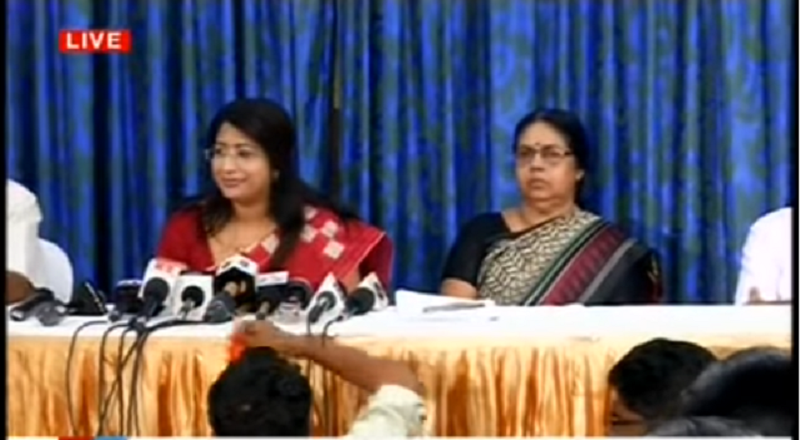 OPINION: Only a Woman’s Headache

I am not an expert to talk about any of the incidents that have been occurring on the KLA premises, but there is something that has been bothering me.  Many of us know the principal, Dr. Lekshmi Nair, as a renowned TV personality. Ever since the outburst about the recent developments at KLA, this woman has been subjected to some really nasty comments – on her dress, her colouring, her makeup and even her physique. She has had to undergo terrible body shaming in the name of an incident that is not related to her looks at all. (After all, no agitation should be instigated by virtue of a person’s appearance).

Starting from when I was little, I have been coached on how to talk, walk, and dress up. I was supposed to look lean, tall, and beautiful. But at the same time, I was not supposed to dress up good enough to cause any provocation, since that could lead to rape and death or shame to the whole family! I have been coached to raise my opinion whenever I felt like. But when I started speaking out, the coaches would teach me on how exactly I was supposed to raise it – politely with a very sweet voice, and if possible by standing up and looking down!

Growing up, I was told that I had the freedom to travel and explore. But if I had to leave the house to meet a friend who lived 3 kilometers away, I was obliged to report the date, time and place of visit, along with a small bio-data of the person that I was going to meet. Indeed, there was a curfew time as well – 6 p.m. Then again, I was told that I had the freedom to study as much as I wanted to, get a job, and be stable. But as soon as I turned 23, I could feel the sympathy that my dear and near ones had about my “single” status – I was supposed to have had babies 2 years ago!

I was told that I was given all the freedom, but little did I notice that it came with certain terms and conditions all the time. I can resonate with what has been happening with Dr. Nair. Even under so much of pressure, she did not cry or say sorry (typical characteristics of an Indian woman). She stood strong and did not budge. That irritated a lot of us. As a society, we arrived at a conclusion – Dr. Nair is thick-skinned because she is white in colour, pear-shaped, and puts on a lot of makeup! Let’s start talking about her skin, she will have to resign and hide.

I don’t know anything about Dr. Nair, except for watching her on television. If she has done anything against the law, she has to be convicted. She has to be convicted in the same way a man who has broken the law would be punished. When Osama Bin Laden was hiding in Afghanistan, I did not see any report on how bad he was looking without shaving for days. There were no comments on social media that he was wearing the same clothes for 10 days. Nobody said that he had tanned in the sun and was looking dark. No one complained about his under eye circles and unclean nails. All of us were completely focused on his wrongdoings and wanted him to be punished for that.

It is high time that a woman is treated the same way. We don’t need any special considerations or reservations. We don’t need comments on how weak we are, or how easy it is for the beautiful ones among us to get things done. Be good to us if we are good, be bad to us if we are bad. It shouldn’t be something like – I am bad to you since your dress is a little revealing and you haven’t put on enough lipstick, and your hair looks messy. Correct those first and then we will talk about your issue.

Note:  We get a new lady IPS officer, everyone calls her the most beautiful officer that Kerala has ever seen. We get a new lady Assistant Collector, people go crazy about her beauty on social media. Kerala gets a new young male District Collector, people cannot stop talking about all the good things that he has done for the district. (I respect him as well!) Never have we talked about how good the Collector looks and how sweet his voice is. At the same time, have we ever tried to take a count of the good work that the lady IPS and IAS officers have done, and publicise it? We don’t have to, because a lady who looks good does good as well, don’t we know that already?

Bhavya is a software engineer who is passionate about writing.

Dr. Lekshmi Nair wrote an Open Letter through The Kochi Post recently. You can read it here. 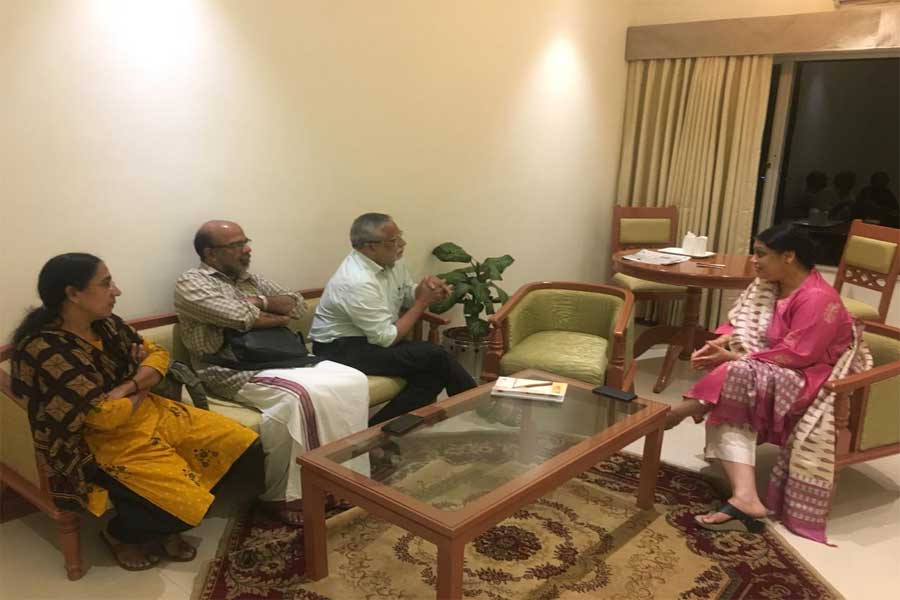 Shweta Bhatt: Will not rest Until my Husband is back Home