India, a country with a rich tradition of tolerance and pluralism over the centuries, woke up with a rude jolt on September 30, 2015. A prominent national daily, had on the front page, report of a man getting lynched by a mob on the suspicion of possessing Beef at his home. Though the lynching took place a couple of nights prior to that on September 28, it was picked up by the mainstream media only a couple of days later.

The news spread like wild fire across the nation. Many found it difficult to come to terms with the fact that such a thing could actually happen in India in this day and age. Apart from the media, politicians of all hues made a beeline for village Bisada, in Dadri (Greater Noida), hardly 50 kilometres from Delhi, within the next couple of days. Days passed. The citizenry expected the articulate Prime Minister Narendra Modi to make a statement on the matter and reassure the nation and reprimand his errant colleagues who had spoken out of turn. Instead, the Prime Minister maintained a studied silence on the matter.

It was finally left to the wisdom of the President of India, Pranab Mukherji, to take up the matter. On October 7, the President spoke on the lynching for the first time. Few would have guessed then that the President would be impelled to reiterate the point again and again in the following days. As if on cue, the Prime Minister briefly alluded to the President’s message the next day at an election rally in Bihar and took a question on the matter by a vernacular publication. But that was it. Despite many tweets on mundane matters around the world, there was not a single tweet forthcoming on this pressing issue.

A month has passed. The lynching has become a rallying point for eminent people from all walks of life. Intellectuals, artists, filmmakers, writers, historians and scientists have chosen to make their dissent loud and clear over the last few days and around 500 eminent individuals have chosen to return their awards in protest against rising intolerance.

Many people who pragmatically supported the Prime Minister over the past couple of years, despite his carrying the baggage of a communal riot under his watch as Chief Minister of Gujarat in 2002, expected him to assuage the people but were left disappointed. As someone who won a majority in 2014 in almost presidential style on the back of his oratory and promise of development, against an outgoing Prime Minister who had made a virtue of his silence, the well-wishers of Narendra Modi had reasonable grounds to expect an unequivocal statement from him. These expectations, it has to be noted, were also on the basis of Mr Modi’s own reassurances after taking charge as the PM where on one instance, he had declared that his government’s religion was ‘India First’ and its holy book, the Indian Constitution.

However, this was not the first instance of the usually eloquent Prime Minister going on a Maun Vrat for a prolonged period on such an issue. The previous instance was in the run-up to the Delhi Assembly elections, when a spate of attacks on churches in the national capital created a furore. Only after the declaration of election results and BJP’s debacle had the Prime Minister attended a program of the church to condemn these incidents.

So, it is seemingly a case of a Déjà vu. Now, it doesn’t take a rocket scientist to contrast the make-up of the electorate in an urban and literate constituency like Delhi to that of Bihar. So, was the calculation such that what backfired in Delhi could pay rich dividends in Bihar? The poll speeches towards the last phase of the Bihar polls give us a clue as the rhetoric had plunged several notches and took a sharp communal turn.

So, was the PM’s silence aimed at a short-term gain in Bihar at the cost of fracturing of the secular fabric of the nation? If so, was it another instance of Mr Modi, who was given a thumping majority by the Indian electorate, not following the Raj Dharma? Does that mean that unlike the acceptance of Modi as the Prime Minister by one and all after he won an election democratically, he hasn’t really been behaving acting in a manner that behoves his stature and position? Now that the people of Bihar have rejected the BJP’s politics of polarisation, would Modi do some course correction and speak up against the rising intolerance like he did post the drubbing his party received in the Delhi Assembly polls? These questions remain open-ended. 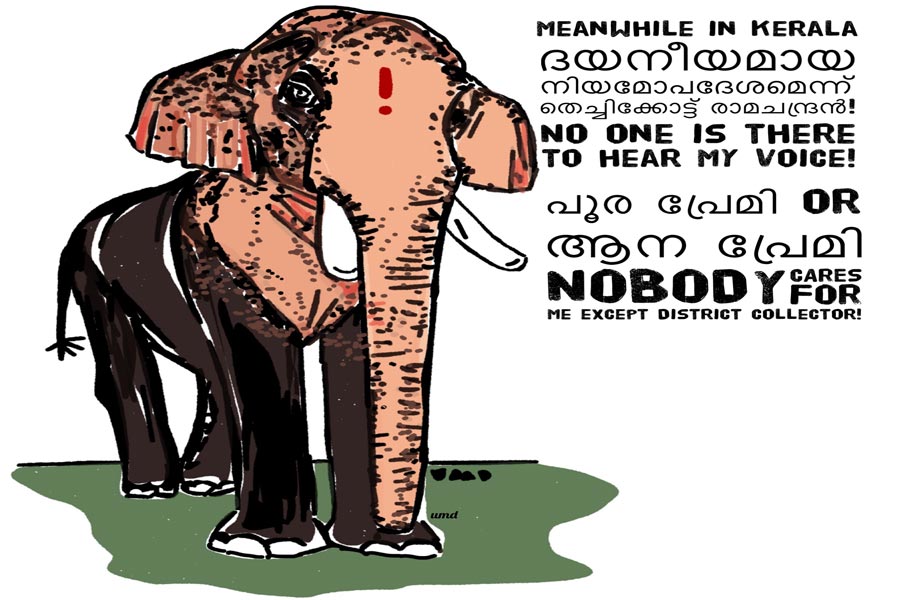