MUrgency Begins Enrolment of Nurses, ENTs and Doctors in Punjab

MUrgency is being launched with membership in BCtA @ UNDP (Business Call to Action at the United Nations Development Program), in academic partnership with Stanford ChangeLabs, Harvard Asia Center and MIT Global Health, and as an initiative of the World Economic Forum’s Forum of Young Global Leaders Community.

Sweta Mangal, Director, Global Responder Enrollment & Head, South Asia, MUrgency, said “With the support of Government of Punjab, our team in Ziqitza Health Care Limited brought world class emergency Ambulance Service (108 Ambulance Service) to Punjab four years back. Through MUrgency – One Global Emergency Response Network, we will be bringing in fast, efficient, low cost and effective first response to every corner of Punjab so that every resident of Punjab gets world class first response in a medical emergency.”

MUrgency is a cloud platform and mobile application which will connect people who need emergency response with their trusted network, other users of the app and/or credentialed medical, safety, rescue and assistance professionals as the situation requires and the individual in emergency requests. It will make the nearest emergency responder (doctor, nurse, EMT, paramedic, ambulance etc.) available to a person facing an emergency.

MUrgency Network will provide an opportunity to hospitals and nursing homes to care for their nearby community by reaching out to those who need emergency and urgent care. This includes emergency care, urgent care, transport, lab tests, medicine deliveries to name a few.

Field testing of the Murgency model in Punjab, Dubai and Israel has shown that using this app reduces the response time to less than half of what it takes an ambulance in an efficiently run ambulance system to reach the emergency victim.

“I am an example of a successful first response. I literally died of a massive heart attack seven years ago but luckily was rescued with timely CPR by an efficient first response by a qualified paramedic nurse trained in CPR and Basic Life Support. Through MUrgency app, we hope to bring world class first response in Punjab through the network of hospitals, nursing homes, ambulances and individual emergency responders we bring onboard in the MUrgency Network,” said John Punnoose, Director, Global Operations, MUrgency.

Currently, 6.25 billion people worldwide lack access to a reliable emergency response system in case of emergency. Even the 0.75 billion people who can obtain reliable response often have to deal with enormous expenses and delays. According to WHO estimates, more people die from lack of timely care than from AIDS, TB and malaria combined. 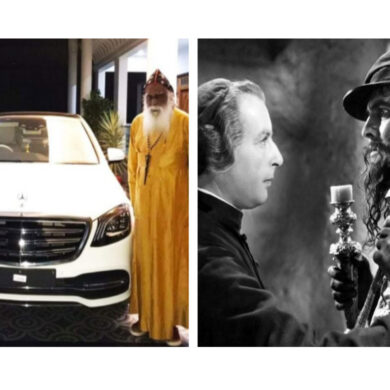