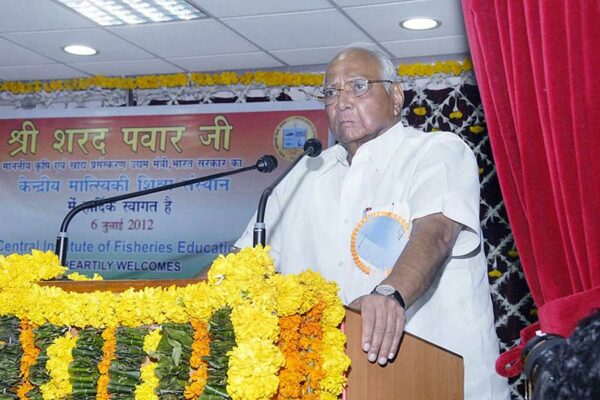 Barely three months before the first phase of voting for the 2014 Parliamentary elections, when the Congress party was busy explaining the perils of a Narendra Modi Prime Ministership, then Union Agriculture Minister Sharad Pawar set the cat among the pigeons when asked about Manmohan Singh’s statement that it would be disastrous for the country if Narendra Modi became Prime Minister—Pawar said: “I make it a point to use words cautiously when speaking about both my friends and my opponents.”

Veteran Journalist Rajdeep Sardesai cites an oft-quoted saying in Mumbai’s political circles about Pawar and his brand of politics: What Pawar thinks, what he says, and what he does are three entirely different things. A closer look and analysis of Pawar’s political life spanning over five decades will reveal how aptly the statement defines Pawar’s brand of politics.

Pawar’s remarks on how he is cautious when speaking about friends and foes, in early 2014, might have raised eyebrows in the Congress party but more importantly, his remarks on poll eve were an exception to his brand of politics as it exactly matched his thoughts and deeds. 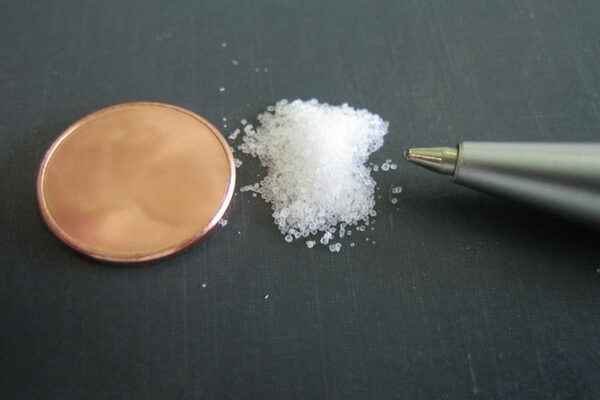 The Effects of Cyanide on the Human Body

Ra Ra Rasputin, lover of the Russian Queen is a popular song from the 1970s—by Boney M. This song references Grigori Yefimovich Rasputin, who was a Russian mystic and self-proclaimed holy man who befriended the family of Tsar Nicholas II, the last monarch of Russia, and gained considerable influence on the matters of imperial Russia. Grigori Rasputin, who had a terrible reputation for his womanizing and spendthrift ways, was infamous for his villainy.

Reckoning that Rasputin’s influence over the Tsarina (wife of Tsar Nicholas II) was a huge threat to the empire, a group of nobles concocted a plan to kill Rasputin by luring him for a wine drinking session. He was offered wine and cakes which were laced with cyanide and Rasputin had a feast of it—but, in spite of consuming it, he still stood rock solid. At last, it took a few bullets to bring him down. It is assumed that the absence of hydrochloric acid in his stomach (a condition known as achlorhydria) due to excessive drinking saved him from cyanide poisoning. 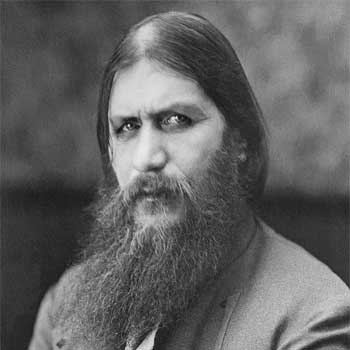 It’s not rare to hear of cyanide being used for suicides as well as murder. It’s an irony that the same cyanide which was used to murder Jewish prisoners in Hitler’s concentration camps was the same poison that took the life of Hitler’s lover and close associates following the downfall of Germany at the end of the Second World War. The world renowned mathematician and computer scientist Alan Turing and the Liberation Tigers of Tamil Eelam (LTTE) members who executed former Prime Minister Rajiv Gandhi had all consumed cyanide to end their lives. 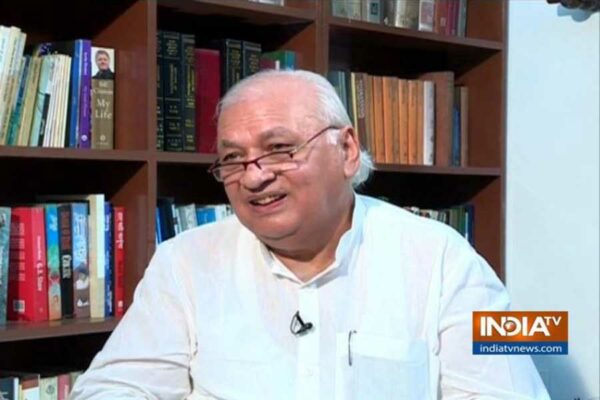 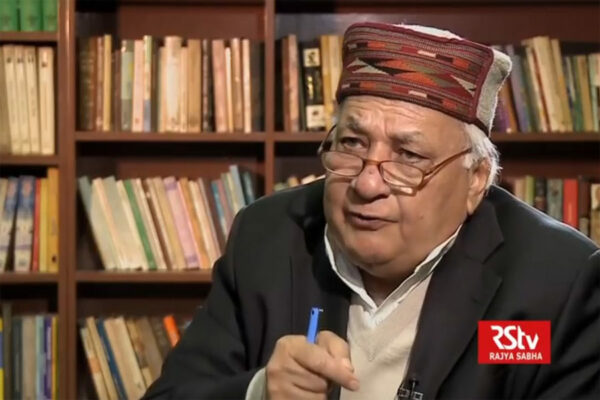 Devavrat, better known as Bhishma Pitama, was virtue personified. And yet, his silence when Yajnaseni, known to us as Draupadi, was disrobed in the Kaurava court, deprived the grand old man of due honour. Bhishma Pitama’s association with Duryodana and his brothers led him to commit acts that were not virtuous in the end. K A Neelakandan’s rendition of the Mahabharata from Draupadi’s eyes—Yajnaseni—leads the reader to hold Bhishma differently and shorn of glean.

This short invocation of the Mahabharata, an epic that holds sway over a people across communities and generations in our society, will help comprehend and locate Arif Mohammad Khan, the Governor-elect of Kerala.

Let me, at the outset, clarify that I am not glossing over some issues of impropriety in making someone a Governor despite his association with active politics in the recent past—a factor that the Justice Sarkaria Commission held as undesirable for healthy conventions in its report in the 1980s. This recommendation, indeed, was followed in its breach more than adhered to in all the years since then and the Raj Bhawans remained, most often, reduced to appointing political persons either to ensure them the comforts of life or to play political games. 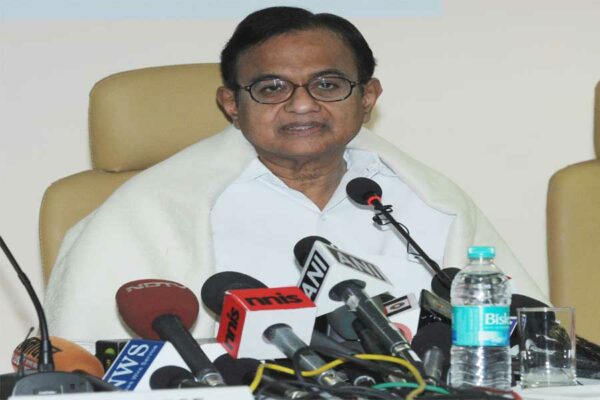 The Rise and Fall of Palaniappan Chidambaram

It might not be the end of the political career of Palaniappan Chidambaram. Consensus is that the case against him is weak and hence he is unlikely to be convicted even in this ‘Modi-fied’ era.

But the look-out notice, arrest and detention could all be said to have severely dented the image of the former Home Minister who doesn’t walk as much as strut. Since Chidambaram is perched on the ‘wrong’ side of the political line, his prospects in the immediate future seem not all that pleasant.

All the same a talent-starved Congress will do all it can to bail him out. Chidambaram is not exactly a grass-roots politician, not very popular even in his native Sivaganga in southern Tamil Nadu, a backwater with little to boast of for its association with a high-flying leader. He represented the constituency in the Lok Sabha for many years and was a central minister too, but he never bothered to nurse the region. His electoral victories could be largely attributed to the clout of alliance partners. 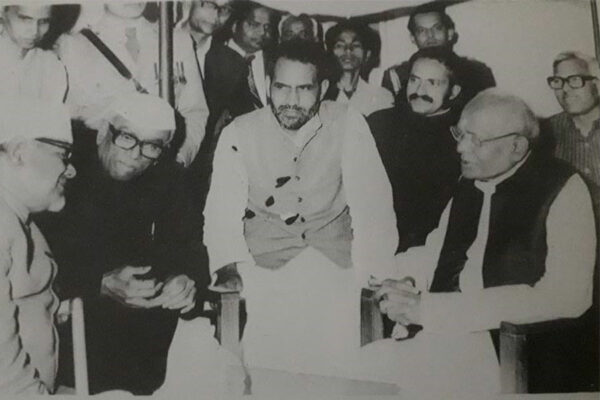 Harivansh Narayan Singh observed Chandra Shekhar from close quarters and this is reflected in some of his minute observations. Apart from his own interactions with the socialist stalwart from 1978, the author has relied on extensive conversations with Om Prakash Srivastava, Chandra Shekhar’s friend of over half century, and Zindagi Kaa Kaarawan, Chandra Shekhar’s biographical sketch (by Ram Bahadur Rai and Suresh Sharma) to write the book. The author’s admiration for Chandra Shekhar is clearly reflected in this biography but it does not dissolve into a hagiography

The seven chapters reveal many hitherto unknown facts and facets of a man who didn’t really get his due in Indian politics. The high point of his career was becoming Prime Minister for seven months but it would be grossly unfair to judge him by that short tenure.