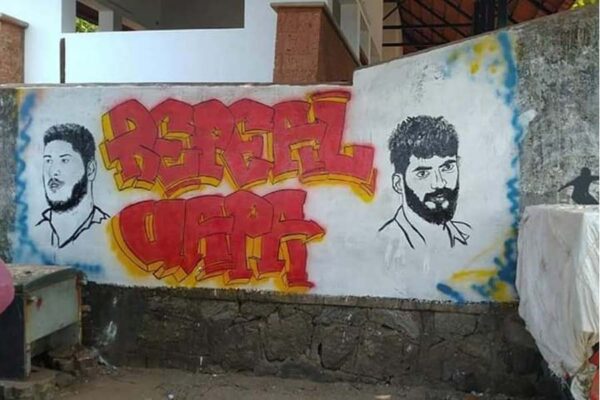 Alan-Thwaha Case: LDF Government finds itself in a Quagmire

When the Kerala police picked up the two youngsters, Alan Shuhaib and Thwaha Fazal, from Pantheerankavu on the outskirts of Kozhikode city on the evening of November 1, 2019, they justified the arrest on the grounds that the duo had Maoist connections. The arrests were made utilizing the draconian provisions in the UAPA and, as a result, both the students have been lodged in high security prisons as undertials for the past four months with no prospects for a bail in the immediate future.

The arrests did evoke some public outcry at the time, especially since both were actively associated with the Communist Party of India (Marxist)—which controls the home portfolio in the State—and their families known to be long-time CPI (M) sympathisers. The CPI (M) General Secretary Sitaram Yechuri, former general secretary Prakash Karat and politburo member M A Baby were among those who demanded their release arguing that it was illegal to charge them under UAPA, that there was no cognizable offences against them, and that their alleged Maoist sympathies cannot be valid ground for an arrest.  But the Chief Minister, Pinarayi Vijayan, defended his police force, openly declaring that these two youths were indeed Maoists. The chief minister asserted that the police had acted based on very strong grounds and there was no way the government could intervene until the matters came before the UAPA review committee, which, however, could not consider the matter as the case was already taken over by the central agency, National Investigation Agency (NIA), for its own probe. The CPI (M) state secretariat sought to wriggle out of the situation arguing that since the NIA had taken over the case, the ball was in the Centre’s court, and the State government had nothing more to do.

Four months later, things look a lot more complicated: both students are still in jail, now lodged in the high security prison in Thrissur. Both the CPI (M) and the Left Democratic Front (LDF) government are finding themselves trapped in a deep political quagmire. The most telling evidence of the brewing crisis within the LDF and the CPI (M) came when the Chief Minister made a somersault on the matter within 24 hours of the Opposition bringing an urgent motion in the State Assembly, forcefully highlighting the serious violations of human rights involved in the case. The Chief Minister, who had flatly refused to take any action as demanded by the Opposition in the Assembly, had to take up the matter with the Union Home Minister Amit Shah, as the Opposition had demanded in the house.  The State Government has now requested the Centre to commit the case back to its own agencies, as it felt the charges against the youngsters were not serious enough to warrant an NIA probe.