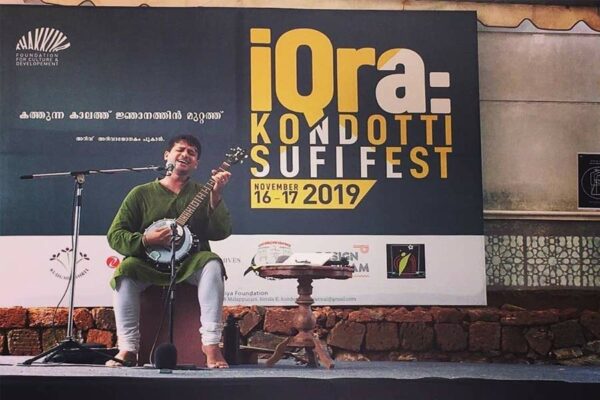 The chirping of the birds in Kondotty had a sufi cadence that day, perhaps it was a sign of the soulful music we were to experience by artists Shabnam Virmani, Sumangala Damodaran and Ehsan Ali on the first day of the IQRA: Kondotty Sufi Fest.

Kondotty, in Malappuram district, has a rich heritage of mappilla pattu and sufism. The history of Kondotty is enmeshed with the lives of the Kondotty Thangals, the 18th century Sufi exponents.

The two-day festival spread across Kondotty and its surroundings was a celebration of the rich culture of the region. Artist Riyas Komu, the curator of the festival, said, “Kondotty is a fascinating site as there were arrivals through the sea and across the land by Portuguese and Middle-Eastern merchants. The trade route was the integral link for the flourishing of local economy, arts and culture.”