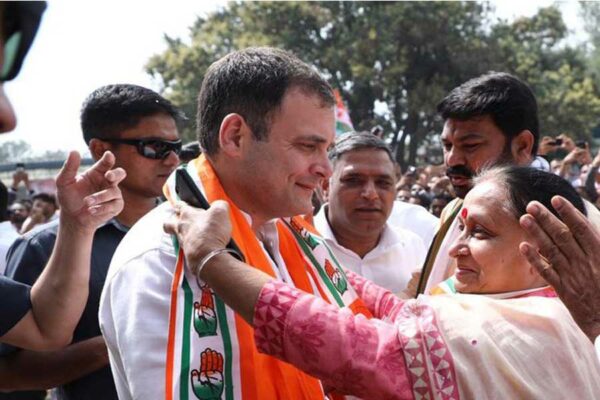 When Rahul Gandhi conveyed his decision to quit as Congress President after its defeat in the 2019 general elections, it was generally assumed that he would be persuaded to withdraw his resignation. This confidence stemmed from the fact that politics in India does not demand accountability anymore. Even backstabbing political godfathers or family members to attain power has become fair game in Indian politics. In this era of power-hungry politicians, why would Rahul Gandhi voluntarily give up the leadership of India’s oldest political party?

Congress is not the only party which lost the 2019 general election to the Hindutva forces. The Left parties, Bahujan Samaj Party, Samajwadi Party, Rashtriya Janata Dal, Trinamool Congress, Telugu Desam Party and Nationalist Congress Party et al lost out to the Bharatiya Janata Party. No top leader in these parties resigned nor did anybody care to ask for their resignation. With his resignation, Rahul Gandhi has shown that he is in politics not to pursue power but to uphold his ideals and to fight for an inclusive and tolerant India. Most of the commentators fail to see its long-term implications and confine their criticism to the short-term churning.

Rahul Gandhi’s resignation is being projected by the media as the end of the Indian National Congress. BJP is using this opportunity to poach several Congress lawmakers in different states to not only capture power but also create an impression of Congress Party melting away. No, Congress is not going to wither away like that. The crisis in the party is not an existential crisis; it is a management crisis at the leadership level. Like any other political organization, crisis brings opportunity—the opportunity to reinvent itself to meet new challenges.