“I took up this job two years ago because I thought this would be a decent one. I felt since we were working affiliated to a company, there would be professionalism in passengers’ approach towards us. This incident compels me to feel otherwise. It is not the money that I lost to the hospital, but the shame I was subjected to that irks me,” says Shafeeq, the Uber taxi driver who was brutally beaten up by three women in Kochi on Wednesday morning.

Shafeeq is one among the many online taxi drivers who feel insecure owing to the work pressure and the meagre amount of money they collect at the end of the day. “It is the first time in my life I faced such a drastic situation. I am married and staying with my family which includes my wife, kid and parents. How can I face my family members having been beaten in the public by strangers for no reason. My mother fainted when she saw the video of the women beating me. How can a mother witness such a scene? I don’t think that I will be able to join work soon. My doctor asked me to take enough rest and then start work,” he said.

Shafeeq, along with the leaders of Kerala State Motor Workers’ Union held a press meet on Monday at the Ernakulam Press Club. The Union has filed a complaint with the Home Minister, Transport Minister, DGP, Transport Commissioner and Kochi City Police Commissioner, demanding to book the three women, who manhandled Shafeeq, for attempt of murder. It has also sought compensation for Shafeeq who faced the embarrassing situation, safety for all online taxi workers and more Government control on the exploitative foreign online taxi companies. 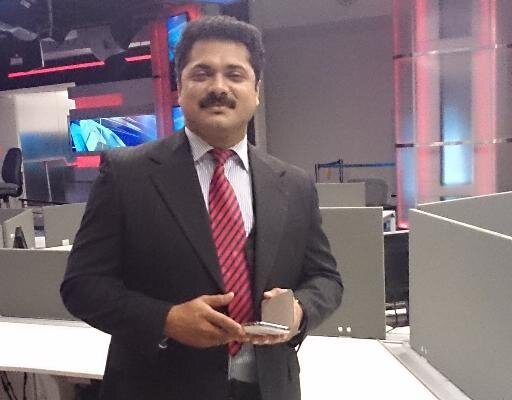 The recent incident of arresting a senior news editor with a famous news channel in Kerala has once again boosted discussions about exploitative workplaces. While some applaud the courage of the woman who took the bold step of speaking out, some have started investigating the woman’s moral background. A majority of the public and a great number of media personnel have taken a neutral stand on the issue. Amal Vishnudas, a senior journalist at Mathrubhumi news channel, was arrested on charges of sexually exploiting his colleague. In her complaint to the police, the woman has accused him of sexually harassing her, reportedly after making a false promise of marrying her.

Even though the case has triggered multiple views, many have agreed on the fact that in the recent days, quite an impressive number of women have broken the nutshells and have registered cases against their oppressors. And the fact remains that a good number of culprits are well known among the Kerala folk. A senior journalist based in Thiruvananthapuram noted:

“It is not an odd incident. It is just one among the many incidents of exploitation that happen each and every day. It is not solely the case with media job. It happens at every workplace. The famous Vishaka
guidelines, promulgated by the Supreme Court in 1997, directs companies to form internal complaints
committee and a local complaint committee which includes members from outside the firm to deal with
sexual harassment complaints raised by the employees. But sadly and truly, not even a single firm in
Kerala has set up these committees.”