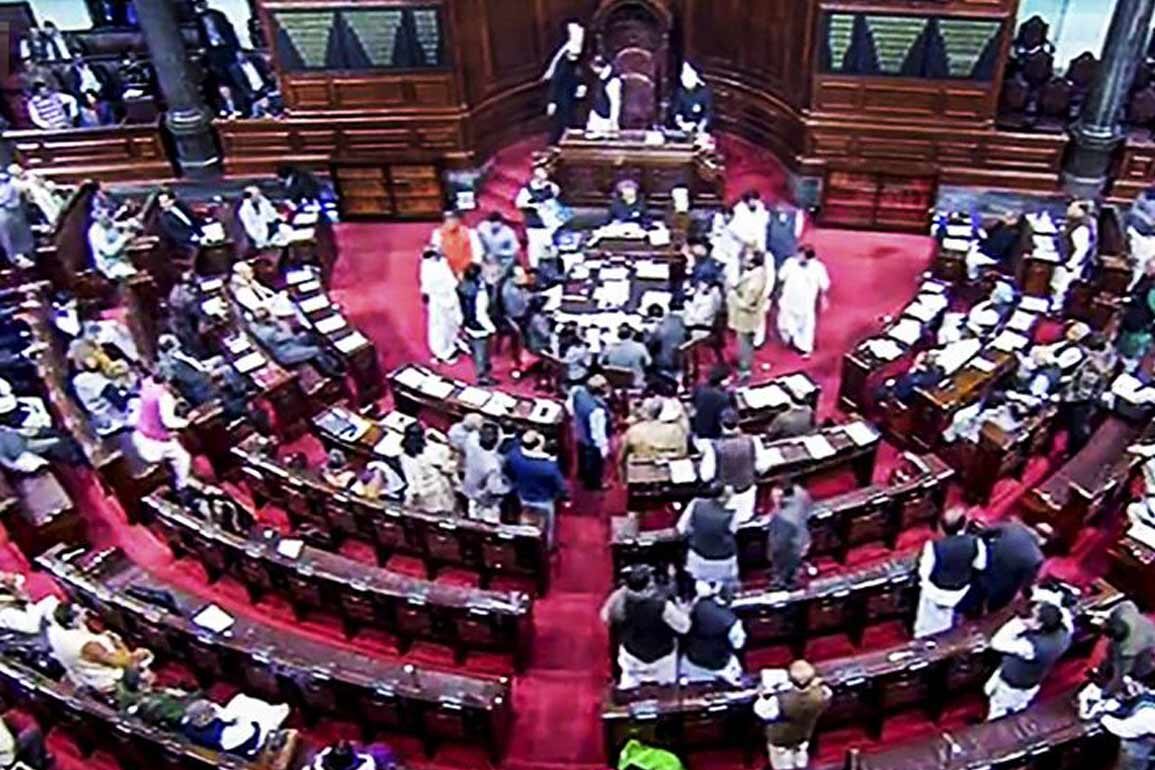 When the Rajya Sabha reassembles for the monsoon session, it will be with new equations with a change in the composition of the house. It will see a shrunken opposition and an improved NDA. The BJP is inching towards a majority after this week’s biennial polls to Rajya Sabha. The NDA has crossed the 100 mark though it may take a while to reach the magic number of 123 for majority in the house of 245. The BJP alone has 86 seats, a vast improvement from its 2014 tally of just 43 members. Over the next four years till March 2024, over a 100 MPs are retiring and the BJP is likely to improve further. Elections will be held to 8 seats each in 2021 and 2023, 77 in 2022 and 4 in 2024 before the Lok Sabha polls.

No doubt, the Modi government suffered a setback due to the commanding majority of the Congress-led opposition in 2014 when the BJP came to power with a huge mandate. Back then, the Congress alone had 68 seats. The total strength of NDA was just 59. For legislations like Triple Talaq, Land Bill and Insurance Bill, the Modi government had to adopt the ordinance route after its failure to get them passed in the Rajya Sabha. But the table has turned today. The opposition is slowly shrinking and it now has a total of 65 seats and the Congress reduced to 41.

In this week’s biennial polls, altogether 61 seats in the Rajya Sabha were filled with 43 first-timers elected and 12 members re-elected. The BJP won 17, a couple of seats more than its strength due to cross-voting.  Congress got 9, JD (U) three, BJD and the TMC four each, AIADMK and DMK three each, NCP, RJD and the TRS, two each.

So what does it mean politically? The ascendancy of the BJP in the House of Elders would result in more political leverage for the party. It enables the Modi government to go ahead with the much-needed reforms and bills in both the houses of Parliament. Earlier, a belligerent opposition blocked a number of measures though in the Modi 2-0 the BJP was able to push through most of its core agenda including the repeal of Article 370, Triple Talaq and Citizenship Amendment Act.

This was possible because of a divided opposition, which the Modi government took advantage of, and also because of the fact that the BJP managed to mobilise the support of some ambivalent parties like the BJD, YSRCP and TRS.  Now, with over 100 members, the NDA government is unlikely to face any major challenge in pushing through its legislative agenda.

For the opposition, which is already weak, this would be a complete setback. Earlier, it had the advantage in the Rajya Sabha but now there is a danger that the government could flex its muscles and take unilateral decisions. Also the opposition has a leadership vacuum, is not united and has no joint floor strategy. Congress President Sonia Gandhi has convened the meeting of the opposition but, even then, there is no consistent strategy. There are many important issues right now like the handling of the Covid situation, the skirmishes on the border with China, the face-off with Nepal, economy and so on.

The weakening of the opposition should not be a drawback in itself as it is not the numbers which matter alone but the effectiveness of the arguments in the house. Did not a handful of opposition leaders expose the Bofors scandal during the Rajiv Gandhi-era when he had 415 members in Lok Sabha?  In fact, the invaluable experience of political heavyweights like Deve Gowda, Sharad Pawar, and Dr Manmohan Singh etc. would come in handy if they take some interest.