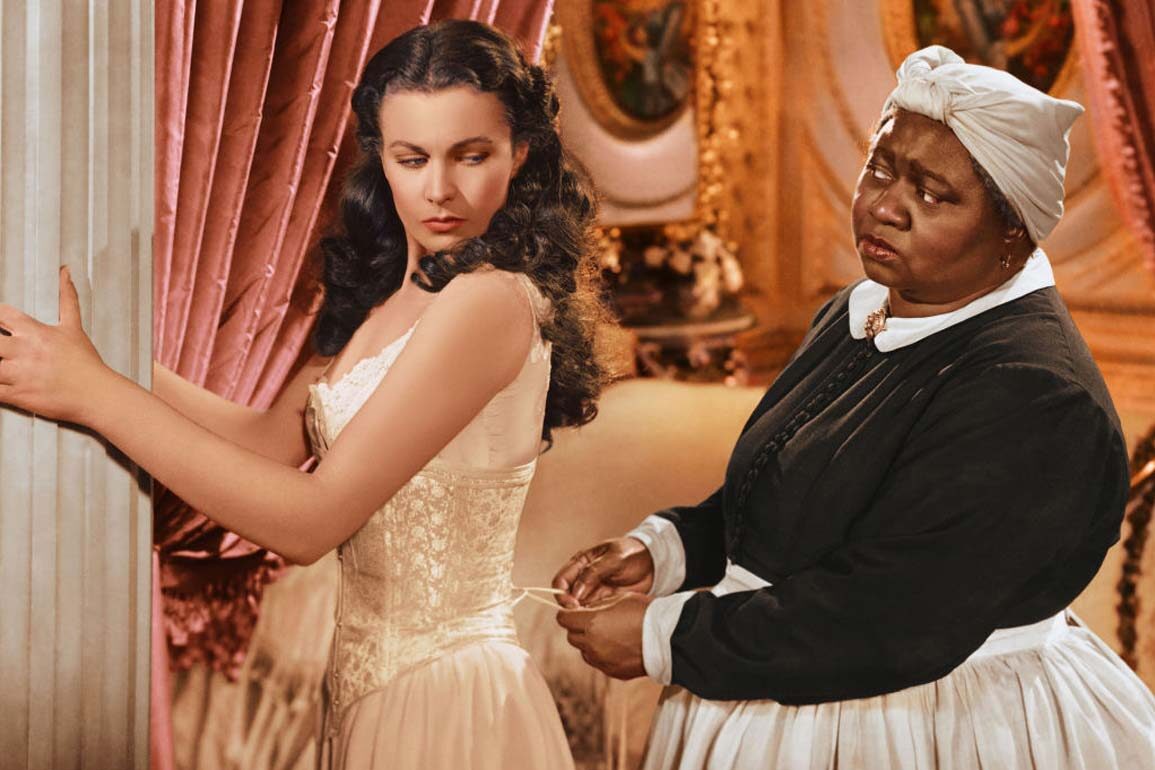 If Black Lives Matter, What about ‘Gone With The Wind’ ?

In 1953 author Simone de Beauvoir asked Must We Burn De Sade? regarding the French Marquis and his sadomasochistic books. Today, as the multiple plagues of COVID-19, widespread economic displacement and police brutality disproportionately ravage the African-American community, we’re likewise asking: Must Gone with the Wind be gone?

On June 10, the birthday of Hattie McDaniel, who won one of the 1939 epic’s eight Oscars, including Best Picture, HBO Max blew GWTW off the streaming service’s lineup. As statues of historical figures linked to slavery and racism are being razed, removed and defaced both within the United States and abroad, and buildings renamed, the question is being raised: What should be done about televised and cinematic systemic racism and bigoted, Confederate monuments like GWTW?

Without a doubt, the four-hour Technicolor blockbuster about the antebellum South, Civil War and Reconstruction is problematic, right from its racist opening title card: “There was a land of Cavaliers and Cotton Fields called the Old South… Here in this pretty world Gallantry took its last bow… Here was the last ever to be seen of Knights and their Ladies Fair, of Master and of Slave… Look for it only in books, for it is no more than a dream remembered. A Civilization gone with the wind….” The title card could very well have added, but of course it didn’t have to: “Look for it… in movies!” But the issue is how these collective “dreams” should be “remembered.”

In addition to the troubling racist caricatures of Black characters—call it “type-caste-ing”—such as McDaniel’s Mammy and Butterfly McQueen’s despicable Prissy—GWTW glorifies not only the Ku Klux Klan (the movie’s night raiders), but marital rape. After Clark Gable’s Rhett Butler proclaims to his estranged wife: “This is one night you’re not turning me out,” the blockade runner for the Confederacy forcibly sweeps resistant Scarlett O’Hara upstairs to the bedroom. In one of cinema’s most jolting jump cuts, the next scene shows an obviously satisfied (if not languorously ecstatic) Vivien Leigh in bed.

However, in the same film, Mammy is a complicated character, a slave then servant depicted as a maternal figure, the arbiter of good taste and the proper code of behavior, who frets over Scarlett’s misbehavior in often bossy ways. Rhett declares: “Mammy’s a smart old soul. And one of the few people whose respect I’d like to have.” McDaniel’s shrewd portrayal scored a Black talent’s first Oscar. African-American producer Stephanie Allain (2005’s Hustle & Flow, 2014’s Dear White People) noted, “Damn, Mammy is so smart.”

Premiering in December 1939 as WWII erupted in Europe, GWTW also includes one of the most poignant antiwar scenes in Hollywood history, a sweeping overhead shot of Confederate casualties revealing the disasters of war. Depression-Era audiences were moved when impoverished Scarlett swore, “As God is my witness, I’ll never be hungry again.”

Allain pronounced GWTW “a great movie, incredible…Scarlett had total agency over her life. She was equal to men.” So what should be done with culturally insensitive productions from the past? Ban them outright? Must we burn GWTW?

As a film historian/critic who co-authored and authored four movie history books, I’ve specialized in chronicling, critiquing and analyzing celluloid stereotypes, in particular of Pacific Islanders. I am also a free speech champion who set a First Amendment precedent in federal court—namely that journalists can report allegations regarding public figures as long as they don’t say those accusations are true. Given this background, I have a recommendation as to how we can deal with racist and otherwise inappropriate works made during earlier eras other than outright censorship.

Stephanie Allain’s comments, quoted above, were made during a panel entitled “The Complicated Legacy of Gone with the Wind” at the 2019 TCM Classic Film Festival. The insightful discussion was presented before Turner Classic Movies screened GWTW at its annual filmfest in Hollywood to mark the 80th anniversary of David O. Selznick’s extravaganza—which was also the kickoff movie on the Atlanta-based vintage film network in 1994.

Film historian Donald Bogle, author of the 1973 study Toms, Coons, Mulattoes, Mammies & Bucks: An Interpretive History of Blacks in American Films, moderated the panel, which in addition to Allain included Jacqueline Stewart, professor of cinema and media studies at the University of Chicago, and author of 1994’s Migrating to the Movies: Cinema and Urban Black Modernity. The only Caucasian panelist was critic Molly Haskell, a Southerner who wrote 2009’s Frankly, My Dear: ‘Gone with the Wind’ Revisited.

Panels such as TCM’s should precede public screenings and airings of racially troubling works like GWTW at festivals, museum series, on TV and online, because they give viewers historical context, insight and accuracy, enabling audiences to better understand and appreciate these challenging, deeply flawed works.

The Motion Picture Association of America’s ratings system, which aims at providing parental guidance for appropriate viewing by children—such as G, R, and NC-17 classifications—currently focuses on sex, violence and language. It should expand its ratings to monitor racism and cultural insensitivity for minors and adults. The MPAA should apply these labels—recommended by film historians, scholars, and human rights activists—to preface all relevant productions whenever they’re screened on television, online, and in live venues.

Of course, long term solutions to onscreen racism involve creating and supporting more authentic productions by nonwhite and culturally aware artists. Perhaps there could be a screen adaptation of Alice Randall’s The Wind Done Gone, which tells GWTW from the slaves’ perspectives?

Misrepresentation mustn’t be blithely dismissed with a Scarlett-like “Fiddle-dee-dee” or as another “lost cause.” As Spike Lee observed when releasing 2000’s Bamboozled, video and celluloid stereotypes can be “harmful,” perhaps even a form of psychological lynching that demands being taken seriously. To paraphrase Rhett’s GWTW closing admonition, when it comes to screen depictions of ethnic groups, “Frankly, my dears, we must give a damn.”

By arrangement with Peoples World 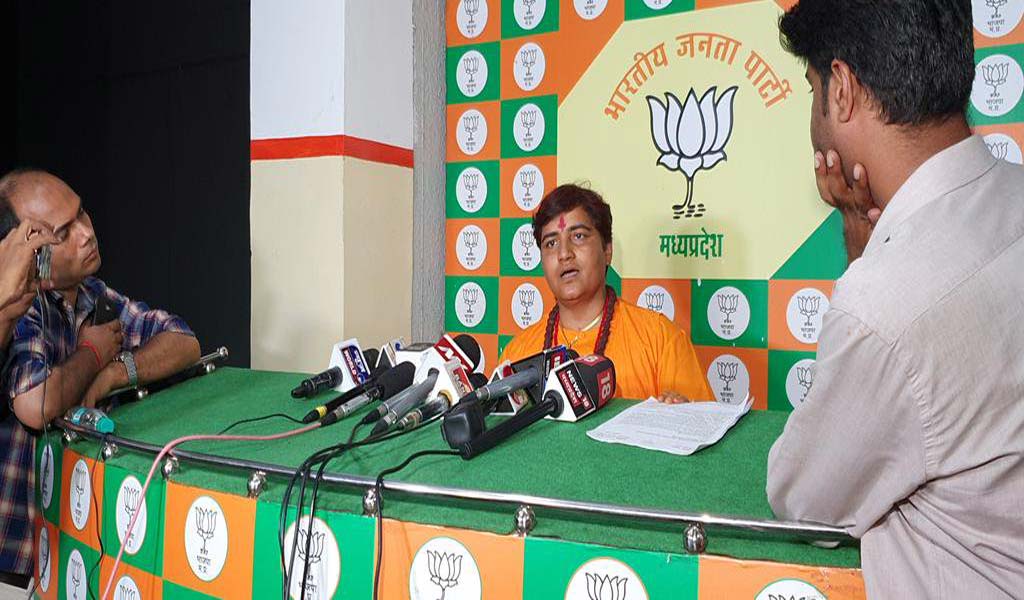