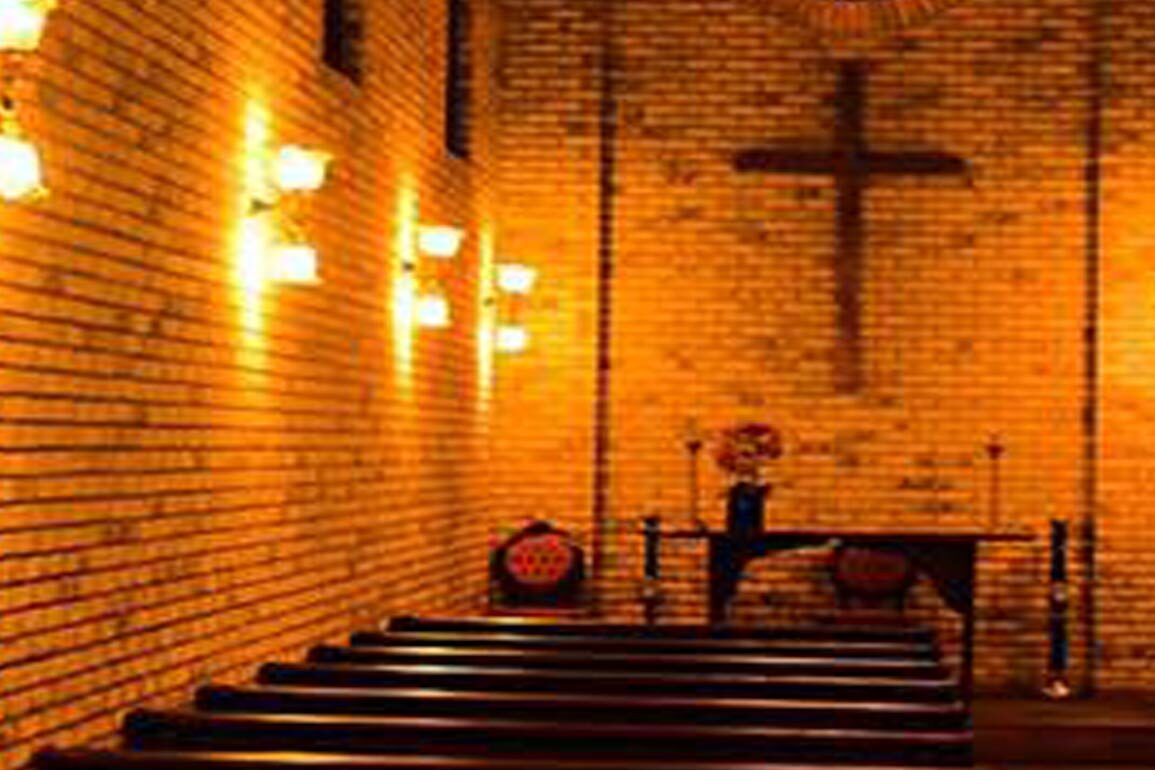 I am glad that Jesus is not alive today in flesh and blood. He would have looked naïve beside the smart ones who manage his spiritual legacy. They would have found him hopelessly unrealistic. He would seem, besides, a tactical disaster. He stood for precisely the opposite of what the church leaders today bank on as the working principle of church-centric Christianity.

‘It’s good for you,’ said Jesus, ‘that I go’. That is to say, Jesus was explicitly against any relationship of dependence in the sphere of religion. To ‘depend’ is, literally, to ‘hang from’. It is a state of unfreedom and, as Immanuel Kant said, of immaturity too, which is the opposite of enlightenment. Enlightenment, according to Kant, is the emergence of human beings from their self-inflicted state of immaturity. Immaturity denotes a state in which one has to ‘depend’ –or hang from- another, a support system external to oneself. Enlightenment involves assuming responsibility for oneself. That is what a young person does as she grows up. As an infant she is depended on others, primarily parents. As she grew, she outgrew dependence. She progressively assumed responsibility for herself.

Is this a healthy and regrettable thing? Is this a natural state or an unnatural one? Well, the answer to this question depends on your perspective. If you are a neurotic parent, you will fear the prospect of your child growing up and assuming her own wings. If you are healthy, and mindful of what is good for your child, you will rejoice at each milestone of her growth, knowing well that each of these milestones is also a landmark of your own increasing redundancy as a parent.

The church is analogous to the home. Church is, ideally, one’s spiritual home. The wholeness of a church must be measured in relation to how it caters to the need of its members to grow towards spiritual maturity and independence. That is the function of love: love for the people, as against love for money. It is in the nature of love to crave for the best for those one loves. Growth is basic to value addition. Increasing independence—or progress towards all-round maturity—is the essence of that value-addition. Retardation in personality, which ensures dependence on parents for as long as they live, is a heart-break.

It was this quintessential human reality that Jesus taught his disciples when he said to them, ‘It is good for you that I go.’ The liberating idea that Jesus articulates is that abject dependence is not good for human beings. That includes abject dependence even on God. (When I say this 2000 years after it was said by Jesus I incur the risk of sounding heretical.) That is why Nietzsche, and following him a few outstanding Christian theologians in Europe, said that ‘we should so live as if God is dead.’ That is only a slightly more dramatic way of saying that we must outgrow our dependence on God, not only for our own sake but also for the sake of God.  It is not God, but our psychology of infantile dependence—which contradicts the true idea of God—that needs to die.  The alternative is to caricature God and use his name as an alibi for perpetuating spiritual hindrances in the garb of religious amenities.

The hallmark of a good teacher is not that she keeps her students tied to her academic aprons lifelong. A healthy doctor is not one who keeps his patients sick forever so that they cannot live a day without him. Likewise, a good priest is not one who keeps believers tied to his cassock, but one who leads them to spiritual maturity and parochial independence. Paradoxically, the redundancy of ‘service-providers’ a necessary condition for the growth, maturity and welfare of individuals. Jesus was sure about this.

Seen against this background, the ‘temporary suspension’ of church services did not seem to me to be an arrangement of any spiritual deprivation. On the other hand, I sensed something good in it; not because I am indifferent to the church, but because I love the way of Jesus as an invaluable treasure. All my life has been a pilgrimage after its meaning and mystery. I am in no doubt that perpetuating the spiritual disability and immaturity of the people through their religious loyalty and ghettoization are an offence against what Jesus stood for and taught.

The Jesus-revolution involved, as no one with even a nodding acquaintance with the teachings of Jesus will dispute, a shifting of emphasis from people’s tutelage to priests, to their assuming responsibility for themselves. This is known in the technical formulation as the ‘priesthood of all believers’. The best strategy for setting people free from the yoke of priestly-class-domination is to equip all of them to be priests. If you and I are both merchants, then I alone will not stay a client. Nor will you exercise monopoly over me as your client. That’s it.

This spiritual revolution—of leading people to spiritual maturity and their resultant liberation from religious, ritualistic dependence on the priestly class—was inaugurated two thousand years ago. But it did not make any headway. What man could not achieve in two millennia a virus is now helping us to bring about. Disruption, seen creatively, is a necessary precursor to liberation. The dismantling of the old must precede the birth of the new. Disengagement from immaturity-perpetuating systems is the sine quo non for attaining freedom. Jesus is Liberator, par excellence. He was not the sentinel or overlord of any religious establishment. ‘New wine,’ he said emphatically, ‘should not be kept in old wineskins.’ The old wineskin of sacerdotal Christianity is now Covid infected. It is in the interest of the people, the believers, to create a new wineskin for the new spiritual awareness that is dawning upon them.

These two months that ordinary Christians have stayed physically disconnected with the church, they have used—well, most of them—for developing a personal relationship with Jesus Christ. They have realized, in many cases to their relief and joy, that it is possible to do well, indeed very well, without religious middlemen. If middlemen are bad in commerce—if they have only an exploitative, distorting and parasitical presence in the chain—how can middlemen be a blessing in religion? Is God a commodity that middlemen need to stock and trade in? The perpetuation of the role of the middlemen seems indispensable only to middlemen. For the customers, it is good news.

Contrary to the impressions now sought to be created, Christian believers do not feel deprived on account of the suspension of church services. The alleged deprivation, if and where it is felt, is a sign of spiritual immaturity. The priestly class is responsible for perpetuating this immaturity. And it is dishonest to use this as the alibi for resuming the very same arrangement that has withheld believers from attaining maturity. It is like the case of a young man in the US long ago. He shot his parents and filed for orphan-dole.

At a time when the spread of the pandemic is still gathering alarming momentum, and the horrendous dangers in bringing people together into semi-enclosed spaces for considerable durations of time, is all too obvious, it is inexcusably irresponsible to clamour for this ‘right’. The risks outweigh the benefits by one to a million. The urgency to precipitate this avoidable risk and its attendant calamity, bespeaks selfishness compounded with crass irresponsibility. I would urge  believers to refrain from incurring this risk even after the state lifts the present regulations. The fact that you can do something is no reason for doing it. This freedom to do also involves responsibility to make informed choices to do it or not to do it based on one’s range of responsibility. Believers need not abandon their commonsense at the doorstep of politicians or priests. Remember what Jesus said:

“It is good that I go; for if I do not go, the Comforter will not come to you.” 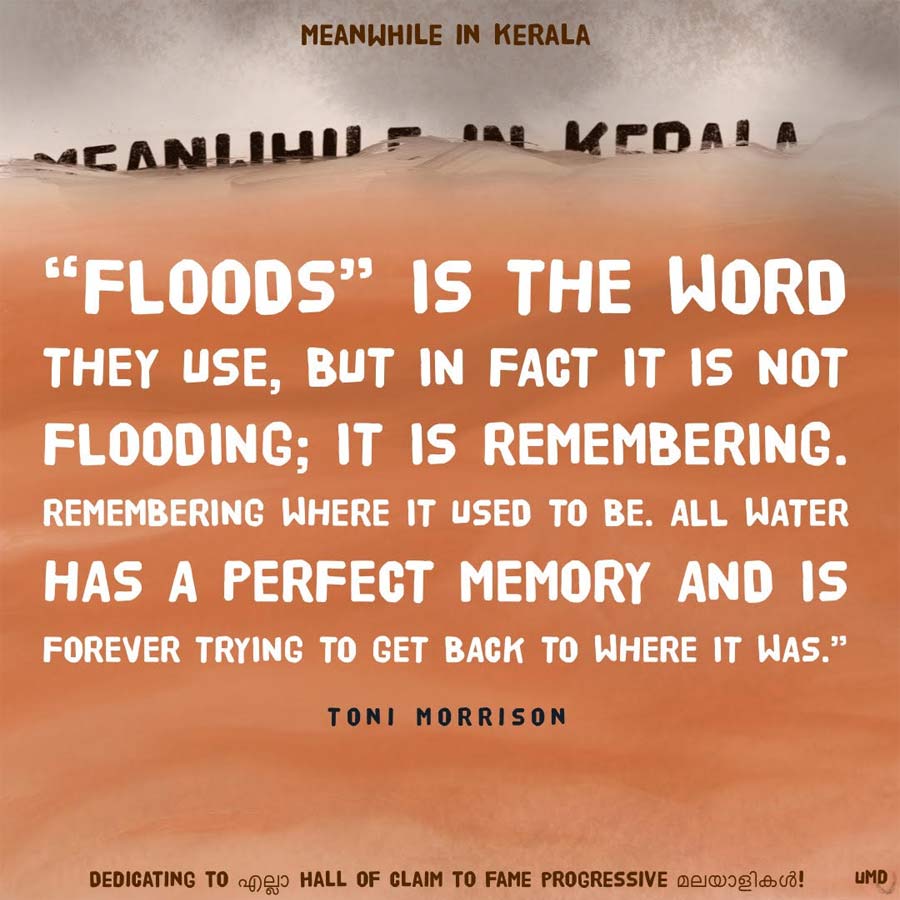