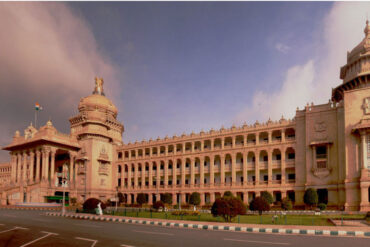 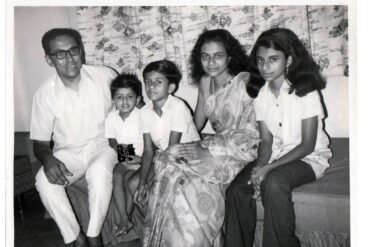 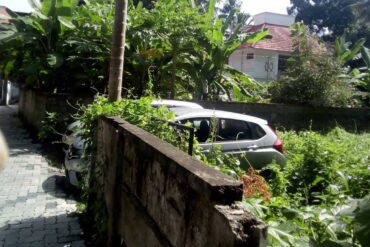 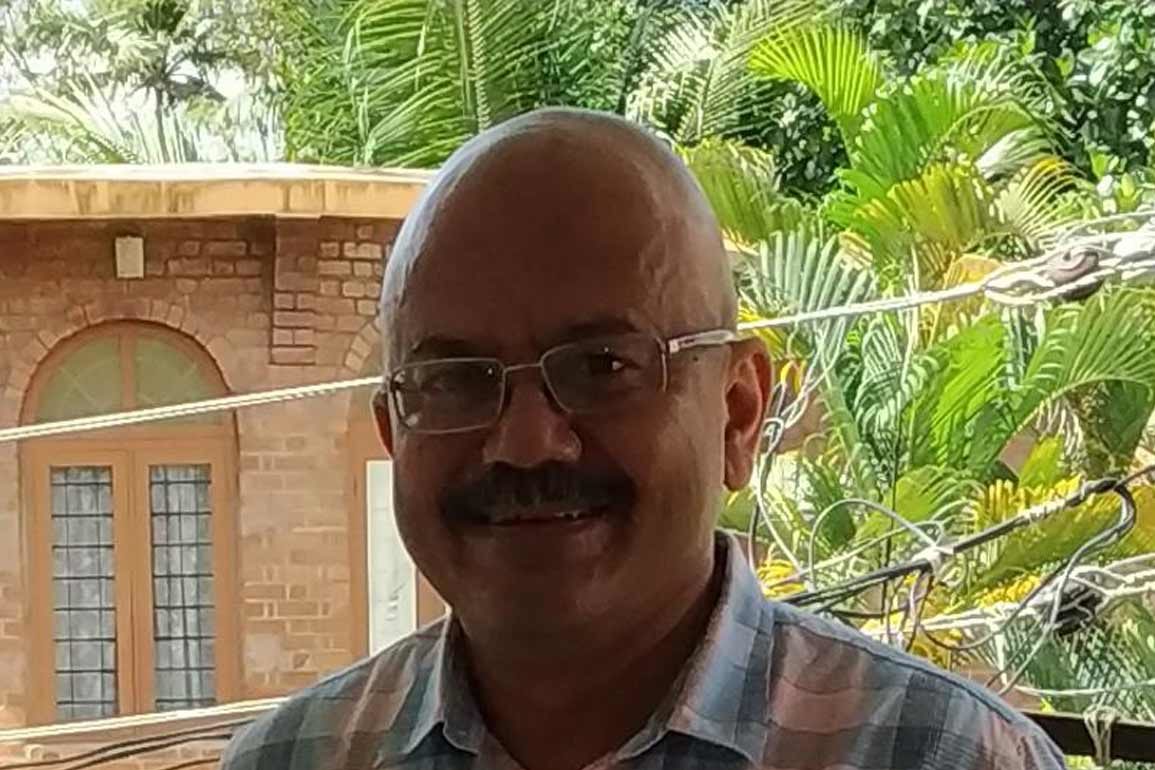 On the morning of May 26, an irresistible urge arose in me: I must shave my head. I was sitting at my laptop. I give a lot of importance to these surges from the unconscious. I stood up and walked up and down the room. But the urge remained insistent. I did not know whether to follow up on it.

This has been my desire for the past few years. And the reasons were simple: my hairline was receding. Every day when I combed my hair, a few strands would be stuck in the teeth. There was an increasing bald patch at the top of my head. And at the sides, above my ears, the grey had begun its onslaught. So, it was no fun looking at the mirror in the mornings.

In September, last year, I did an interview with Jyothir Ghosh, a former news editor of the Malayalam newspaper Mathrubhumi because he had written a book about Sabarimala. When I met him, I noticed he had a smooth bald head. “I just shaved off my hair one morning,” he said. “I feel free now.”

I remembered the conversation. I called him up and spoke about my urge. He encouraged me to go ahead.

As for the daily shaving, he told me to first wash my head with water. And then use a twin-blade razor. “Within a week, you will do it easily,” he said. “I close my eyes when I do it. It is like a meditation for me.”

Baldness had been on my mind for the past few days, too. On Netflix, I watched the documentary The Last Dance. It focused on the Chicago Bulls as they made their sixth successful championship run for the National Basketball Association title in 1997-98. Legend Michael Jordan featured prominently in it.

As I stared at Michael, I could not help but look admiringly at his sleek bald head. It made him look good. The desire to go bald arose in me like a storm.

Then a much younger Bahrain-based friend who had gone bald gave me an irresistible stimulus: “Man, the chicks are coming at me.”

As these thoughts swirled in my mind, I typed a question on Google: what is the ideal head to go bald? ‘Round’ came the answer. I went to the mirror, placed my hands on the edge of my forehead, and formed a sloping roof, so I could not see my hair. It seemed to me that my head was round.

So I took the plunge.

I went to an upmarket salon. But when I opened the glass door, it was dark. But the staff responded quickly. They switched on the fluorescent lights, the air-conditioner and a wall fan.

The barber, a young man, with hair reaching his shoulders, in a blue T-shirt and khaki pants asked me what I wanted.

I showed him a Google image of a bald man on my mobile.

So, he clipped on a brown gown around my neck. And then got to work. He only needed a razor. And he started at the back and worked his way to the front. As he scraped away, I prayed, ‘God, please make me have a round head.”

Ten minutes later it was over. I stared at myself in the mirror and felt relief. It didn’t look bad at all. And I had a smooth round head. I asked the barber whether there were any warts or cysts at the back of the head. He said it was smooth, but through a mirror, he pointed at a slight indentation at the base.

Back home, when I looked at the mirror, I saw a red birthmark on the front slope. It looked pear-shaped. Otherwise, everything looked fine. And I felt relieved and happy.

When the family saw it, they liked it, including my in-laws. So, I crossed the first hurdle.

And then when I had my bath, I used a mug followed by the shower. With the mug, the water seemed to rush into my ears, but in the shower, I felt a drumming on my head. It was like getting a massage.

After I towelled myself, by habit I opened the storage cabinet and saw three familiar bottles, blue, white and green. The Parachute coconut oil which I used to rub on my hair after my morning bath. The shampoo that I used during the night bath. And an Ayurveda hair oil.

This is the story behind the shampoo. In April 2012, I travelled to Chennai from Kochi to do a story on trichologist, Dr Talat Salim, who provides herbal cures for hair loss for men and women. At the end of the interview, I did my personal consultation. And Dr Talat recommended a shampoo called Silkworm which would do the least damage to my hair. So, I started using Silkworm shampoo ever since. I have to give credit to her because she told me that my hair loss was irreversible.

Then two years later, I met a paraplegic woman. Her companion, who looked after her, had a thick mass of hair that went all the way to her waist. She told me she used an Ayurveda hair oil. And showed me the bottle. So I also started using it. Every alternative night, after my bath, I would rub it into my hair.

But, as Dr Talat said, the hair loss is irreversible. Now I looked at all the three bottles and they stared right back at me. I could visualise the future: a permanent split was on the cards. Sorry, guys.

Meanwhile, you might wonder whether any woman has looked at me. So far, none. My track record before the haircut: the same as above. I don’t think a bald pate is going to change things at all.

But there have been good moments recently. The other day, when I set out for a run in the evening, it was raining gently. And it felt pleasant to feel the drops fall on my head.

All told, I feel nice. I no longer have to worry about the onrushing grey hair and other such dissatisfactions which can crop up when you have a head of hair.

For all those who are hesitating to take the plunge, I say, “Do it. You will have no regrets.”

And, who knows, you might have better luck with the women. 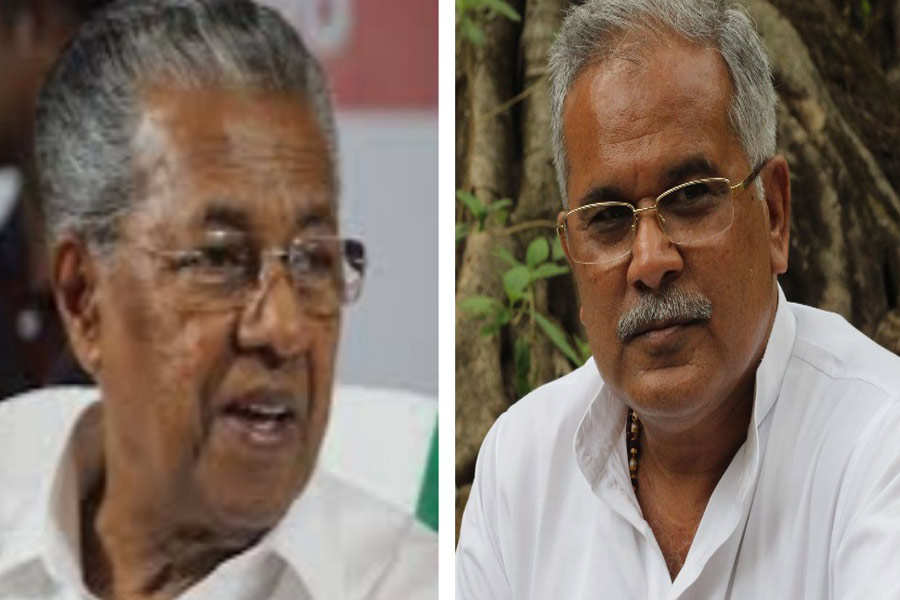