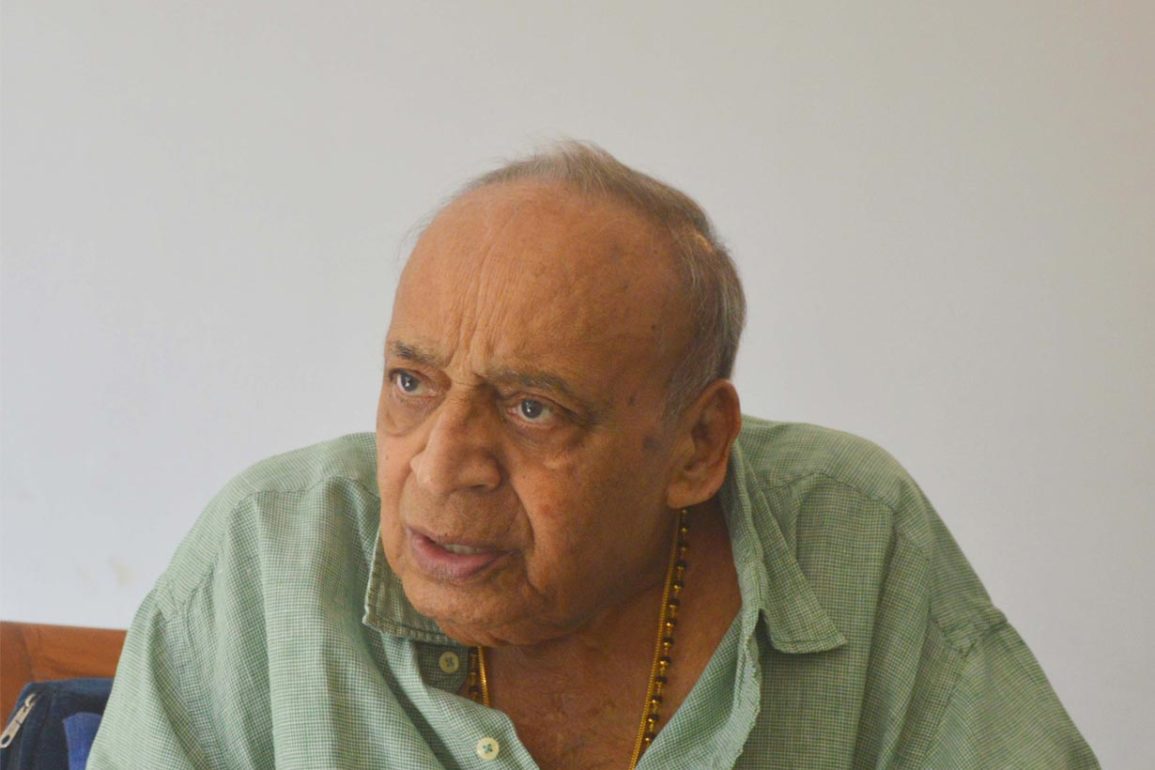 M P Veerendra Kumar’s Last Interview: “Coca Cola agents offered me 5 percent revenue from Plachimada, I said I am not for sale”

At 83, M P Veerendra Kumar was the seniormost socialist in Kerala politics with more than six decades of public life under his belt. He came to socialist politics following the footsteps of his father, M Padmaprabha Gounder, who was a planter and politician in Wayanad. His grandfather, Maniyankode Krishna Gounder, was a landowner and Congress supporter, who was actively associated with the national movement. M P Veerendra Kumar passed away on May 28 at a private hospital in Kozhikode.

Veerendra Kumar came into active politics as a young student, campaigning for his father who contested the 1951 election to Madras Assembly from Wayanad constituency. After his graduation, Veerendra Kumar joined the Vivekananda College in Calcutta for his MA in philosophy. He then went to the Cincinnati University in Ohio, US, for an MBA in business management.

In politics, Veerendra Kumar was a part and parcel of every twist and turn in the socialist movement, finally ending up in the Loktantrik Janata Dal led by Sharad Yadav after associations with such veterans like George Fernandes, Chandrasekhar, V P Singh, Lalu Prasad Yadav, Nitish Kumar and others. A leftist all through his life, Veerendra Kumar recently found himself in the Congress-led UDF in Kerala, again to return to the LDF in a sudden volte face.

But politics was only a part of his multi-faceted personality. He was an author, public speaker and an ardent campaigner for sustainable development and environmental concerns. Veerendra Kumar talked about his life and experiences, his views and convictions with The Kochi Post Editor-at-large N P Chekkutty at his residence in Kozhikode recently. Excerpts:

We are a small community of Jains in Wayanad, and our ancestors came to these hills from Hassan in Karnataka. Among them was my grandfather, Maniyankode Krishna Gounder, who was a nationalist who called for the boycott of Simon Commission in the 1920s. In the thirties, when nationalist newspaper Mathrubhumi was facing financial crisis, it was Krishna Gounder who gave a big loan to the paper to help it survive. He had two sons, the elder Jinachandran who was with the Congress party became a member of Parliament in 1956 and was the chief whip of the Nehru Government at the time. The younger, Padmaprabha, was with the Socialist Party, who was close to Jaiprakash Narain and Ram Manohar Lohia. He was a socialist in his vision as well as in personal life. He insisted his properties be divided among his children and his workers in equal parts. It is from him that I came to learn the principles and politics of socialism.

The fifties were a vibrant period in Indian politics. The socialists gave an alternative vision for India’s development and my father contested the 1951 election to the Madras Assembly when I first took to public life campaigning for him in the small towns and villages. One of those days JP came to Wayanad and my father introduced me to him. JP asked, “Hi, young man, what do you wish to have from me?” I said, “I wish to get a socialist party membership from you!” That is how I became a member of the party.

Later, I went to Calcutta for my postgraduate studies in philosophy from where I moved to Cincinnati for my MBA and, on my way back home, I met George Fernandes in Bombay. He was a famous trade union leader at the time and he introduced me to Rabi Ray who was secretary of the Socialist Party. He asked me to go to Delhi and meet Ram Manohar Lohia, which I did. It was in those days that I came to know the national leadership of the Indian socialist movement.

Then, early in the sixties, Dr Lohia came to Wayanad as part of a campaign and he stayed for three days in my home. We had intense discussions in those days and that gave me a deep insight into the complexities of Indian politics and society. I could see caste was a primary issue in India and without addressing it, we could never address the society’s deeper problems. Dr Lohia asked me once, “Do you think you could agree to your daughter marrying a person from another caste?” In those days it was normally unthinkable and so I said “Let me think it over” and the next day I told him I would agree to it happily. Let me tell you, in all my life I have followed it and my children have found spouses from different castes and my son Sreyu [Lok Tantrik Janata Dal state president M V Sreyams Kumar] has a Muslim brother-in-law. So that is about my socialist convictions and traditions…

Q: The Emergency was a critical period in your political and personal life. How did you cope with the challenges those days?

At the time of the declaration of Emergency in 1975, I was the Convener of the Left Front in Kerala, taking over the responsibility after the assassination of Azhikkodan Raghavan in Trissur. Many leaders were arrested, including JP, and we decided to continue our political work in the open, come what may. Then one of those days AKG [CPI (M) leader A K Gopalan] came to Kozhikode and he asked us to meet him at the residence of advocate P K Kunhirama Poduval, who used to be secretary of EMS at the time of his first government. I had known AKG from the fifties when he had come to Wayanad as we were holding protests against the firing in Salem jail by the Madras Congress government, killing many leaders of peasants and agricultural workers unions from Malabar. At the meeting AKG asked us to go underground to continue political work but we thought it was not a practical option. Myself and Arangil Sreedharan pointed out that we are a small party with little resources and so we cannot really hide ourselves from the police and government agencies. AKG said his party would support us…So I went underground and seven months later, I was arrested from Mysore. The rest of the time I spent in Kannur jail with many other opposition political leaders.

Q: You spent about ten months in prison. How did the family face the situation?

It was a difficult time for the family. All my properties were attached by the government and the house was locked up, leaving a single room for the family to live. My wife Usha had a tough time as there was no space even for the children to sleep. It was in those circumstances that her father died of a heart attack, rather heartbroken about the plight of the family. In those days the police were everywhere looking for me, and they harassed my family. There were notices put up in various places announcing a reward of Rs 25,000 to those who gave information to apprehend Veerendra Kumar.

Q: One aspect of your public life has been your commitment to environmental issues from an early period. As forest minister in the Nayanar government in the eighties, you issued an order banning cutting of trees and the next day, you were forced to resign. Do you think practical politics is of any use addressing such larger concerns?

I ordered the ban on tree-felling because I was convinced about the need for such drastic actions. I decided to quit because I thought the action I took was the right one and I was not willing to desist from it. It was a matter of conviction. When I tendered my resignation, Chief Minister E K Nayanar asked me: “What madness is this? Why do you quit on such an issue?” I said, “We will come to see a time when these environmental and ecological issues will become the most critical in our life” and those days are already here.

Q: But was it only a matter of conviction? There were powerful people like P R Kurup in your party opposed to you, who wanted you out. They won the day, was it not so?

No. If I wanted to continue as minister compromising on my position, I could have frozen or cancelled my order and happily remained in office. I decided to quit because there was an issue at stake and I did not want to budge on it. In fact, in the inner party differences, people like Arangil Sreedharan were on my side though K Chandrasekharan had some grudge about my being a minister…

Q: You worked with Arangil Sreedharan for a long time as comrades. Still, years later, when you became party president, you lost no time ousting him from the party. Don’t you feel a sense of guIlt about those power games in the party?

Yes, unfortunate things did happen in the party. But let me tell you, Arangil Sreedharan himself had said Veerendrakumar had done nothing wrong in the matter. In fact, it was Arangil who had resigned from the party; he was not removed. Of course, once he left the party, some actions might have been taken which is normal in any party.

Q: Talking about the ecological concerns again, it was you and your newspaper that raised the Plachimada agitation into a major national public issue. Now, looking back, how far could it be seen as successful? After all, the rampant exploitation of our natural resources for development still remains the government policy?

The unsustainable policies will have to go and there will always be public agitation all over the country. This is what happened in the case of Plachimada. There was no water in the village once the Cola company started drawing huge amounts of ground water for their bottling plants. When I went to the village, I met Mayilamma and others who told us there was no water even for drinking. They had to go long distances to collect water. There was a tribal farmer, Krishnan, who told me it was such a fertile land where they could harvest a thousand paras of paddy, but those days they could not get even a hunded paras of yield…Water was so scarce and the company was responsible. That is why we took up the campaign.

Q: What was its experience? Surely, taking on a giant multinational corporation is not an easy task for a newspaper group which depends on advertisements for survival?

Indeed it was a risky affair, but we do not go for advertisements selling out our fundamental interests. The newspaper did lose a lot of money by way of advertisement revenue – crores of rupees worth of ads. And I will tell you the loss to me: The agents for the company approached me at the time with a deal. They offered five percent of the revenue from the plant to me, for a small favour! It was that we should agree to appoint a lawyer to fight the case in the court, named by the company…I said, “thank you. I do not want your money. Veerendra Kumar is not for sale.” 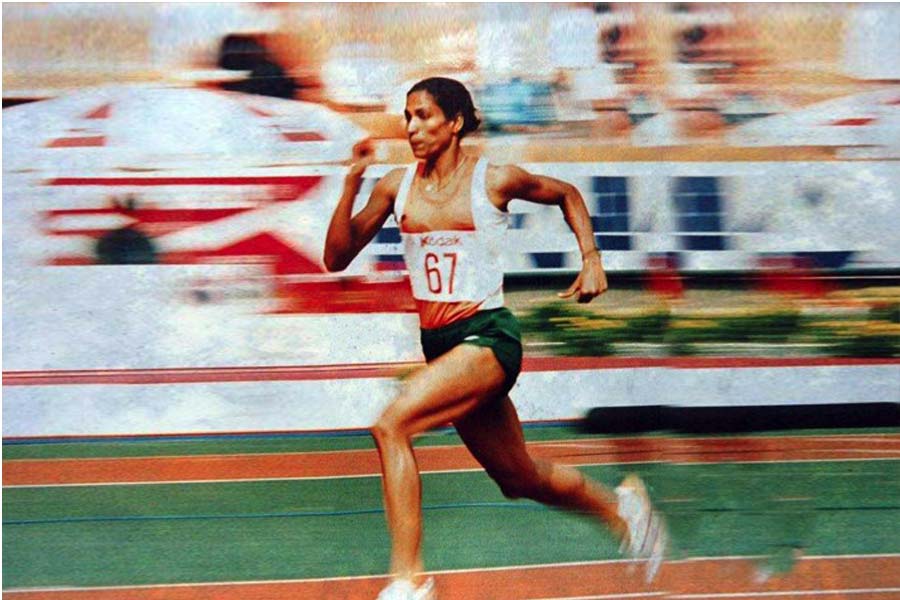