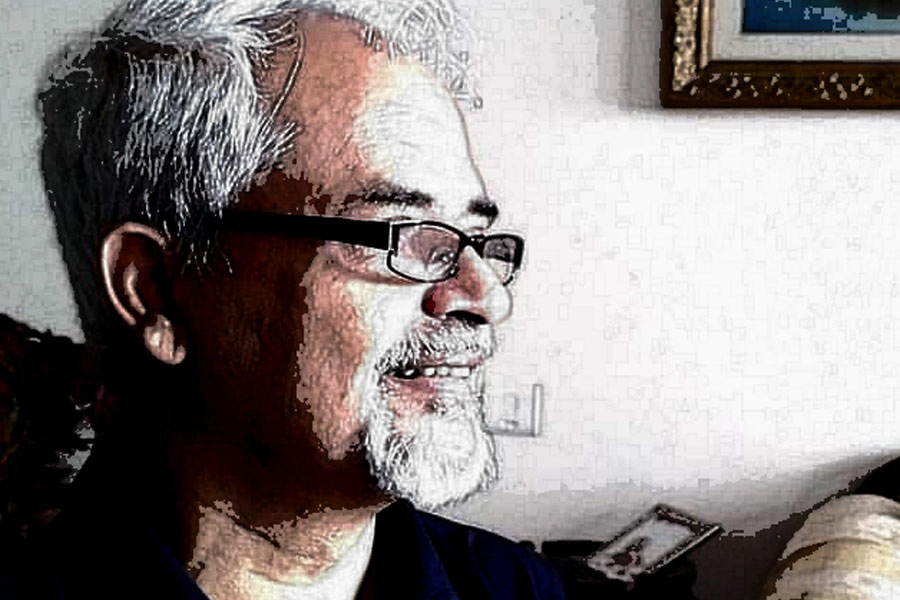 A dilemma in the wake of a pandemic

The most coveted possession during the lockdown is a travel pass. But how does one get it?

One way to ascertain a general situation is to view it through the predicament of an affected individual. The particular can serve as a mirror to reflect the general.

So, here’s what happened to me.

My 67-year old wife went to visit our daughter and family in Kozhikode on March 19, intending to return in a week’s time. This was necessitated by certain contingencies at that end. Being more sentient than me, she was rather reluctant to go; otherwise quite a cheerful traveller, unlike me. I urged her to go, and she agreed. By the way, I have counted 70 summers or winters, as you please. Then lockdown was clamped on the country, quite in the Modistyle, through a nocturnal announcement with peremptory effect. The result? My wife got stranded in Kozhikode. This meant I had to be alone in Thiruvananthapuram, surviving on the culinary arts of a part-time domestic help.

On the 24th morning she reported that on her way to my house she was stopped by policemen and interrogated. She managed to get past them with the help of a plausible terminological in-exactitude, alias lie. (She said she was going for a medical check-up.) So, I decided that she would report for work only twice a week so that the frequency of having to invent falsehoods could be reduced for her. This meant I had to subsist on victuals of considerable vintage, microwaved, warmed up and rendered presumably esculent. My stomach took a beating.

But I decided to bear up manfully. Of course, my wife was happy to be with our daughter and family. Who doesn’t enjoy, especially grand children? At any rate, I am not much of a company for any human being. Even in the best of times, I used to be adjudged a poor social asset. It was taken for granted, as my elder daughter told me, that I could be ‘normal’ only if there was a microphone in front of me and a thousand adoring faces ranged below. The podium is the best hiding place from social intercourse. Addressing people in masses is the most effective way of avoiding them as individuals.

Into the 5th week of the lockdown in Kozhikode, my wife began to feel a bit restless. Male vanity could make me interpret this as her missing me. It could even sound plausible, but it would be way short of the whole truth. Being a freedom-loving soul, it was too much for her to have to stay cooped up in an apartment, even if she was in far superior company than what she had left behind in Thiruvananthapuram. She gave me hints that she was beginning to be somewhat restless.

I do not wish to bore my readers detailing how I went about getting a special pass issued to facilitate my wife’s home-coming. Suffice it to say that it beats all lotteries hollow for its unpredictability and intractability. But there was the proverbial light at the end of the tunnel, or light at the end of the proverbial tunnel, whichever way it works better for you.

Now comes the relevant part, or the ‘dilemma’ part. A pass would be issued to my wife and son in law to travel to Thiruvananthapuram only in case I am in a medical emergency. Dr Ashwin Kooran was asked by the police officer—he turned out to be an exceptionally humane person—to produce documents pertaining to my medical condition. Those relating to my in-patient treatment in CMC, Vellore two years ago were given to him. He did not make any further fuss, and issued the pass right away.

Now to the dilemma. It is true that I don’t enjoy robust health. But it was certainly not true that I was in a medical emergency at the time of applying for the pass. Yes, I had developed considerable discomfort in the stomach due to eating stale food. I had begun to miss proper meals. I had lost about 3 kgs in body weight, which was actually a singular blessing. But my condition was not tantamount to an emergency. So, was the special pass secured fraudulently? This is the dilemma and it bothers me somewhat.

What most human beings, saving saints and seers, do when they feel bothered by something is to try and explain it away. So, let me also do the same. Here’s how I rationalize what could be termed a passive practise of fraud, or complicity in one, though I was not in person involved in it. I was a party to it, even if from a distance. At any rate I was the intended beneficiary. So, the moral blame should fall squarely on me.

The core question is this: did the Prime Minister of the country have any right to separate my wife from me by issuing such a peremptory order? Bottom-line consideration for human predicaments should have made the government give a couple of days’ notice before imposing the lockdown. This was not done. No regard to the inconveniences and traumas this was sure to precipitate was shown. Like a sledge-hammer blow on the pate, the lockdown was slammed down. An old man and his ageing wife were entrapped, albeit unintentionally, in two different cities in the state; especially in a state with a commendable sensitivity to the welfare of the elderly.

This trauma would have been acceptable and endurable if it helped anyone or furthered national interests. We are both uninfected, except for the infection of old age. Our living some 400 kms apart does not benefit anyone. So, our suffering is no more than mocksacrifice. Our plight is explained only by the arbitrary and peremptory exercise of the PM’s authority.

Of course, we know that there is no way a PM can ascertain the specifics of the predicament of every citizen and then take a step, in circumstances like this, that would not inconvenience anyone. But a PM can certainly make allowances for the fact that causing citizens – especially senior citizens- to be trapped in diverse corners creates pointless and eminently avoidable suffering. Giving them a sliver of time to get back home is affordable justice. It would not hurt national interests. Not doing this exposes the hypocrisy of the priority often professed in caring for senior citizens.

Or, even after clamping lockdown, arrangements could have been made, if anyone even cared to give it a thought, to facilitate the reunion of accidentally separated elderly couples. They could have been subjected to tests to ensure that they are virus-free and expenses for their home-ward journey could have been realized from them. No thought was paid, which is inexcusable.

Therefore: I am not having sleepless nights on account of my hospitalization records being used as the basis for securing a special pass to enable my wife (a doctor, herself) to come home in Thiruvananthapuram. In a clinical sense, this involved a revelation of something less than the whole truth. But the government, in dealing with us, was gratuitously cavalier in its approach.

Now, here’s the heart of the matter. What are individuals to do, when the brute might of the State is pitted against them and there are no ears to heed their supplications? The only option, folks, is to take the path of cunning. Taken in isolation, this is un-ethical. But should it be viewed in isolation? Unjustifiable hardship was imposed on us; hardship that made no sense whatsoever. Absolutely pointless hardship, which benefited none, much less the country. Hardship that seemed ominously to prolong….

State vs. the individual is a grotesquely hopeless equation as regards the individual. The State has little value for the niceties of fair-play in dealing with citizens in times of emergency. So, what am I to do? Stay crushed? Or, puncture the iron curtain with the bodkin of cunning. Where does the truth lie in this situation?

The denouement of this event, as sketched above, was not calculated and executed this way. It just happened to work out in this fashion. I am sure that the police officer in Kozhikode took a humane view of the matter; the reason he did not make a fuss about the discrepancy of dates between my past treatment and the apprehended medical emergency relied upon. (Very likely, he has elderly parents whom he loves and cherishes.) All the same, the dilemma remains. But it does not, as I said, keep me from sleeping my meagre ration of slumber. Nor do I have any sense of achievement about having pulled a fast one on a gigantic adversary.

It just happened that way. But, then, that’s exactly what most criminals would say about what they did-

Unions Start Campaign of Violence Against Uber in Kochi