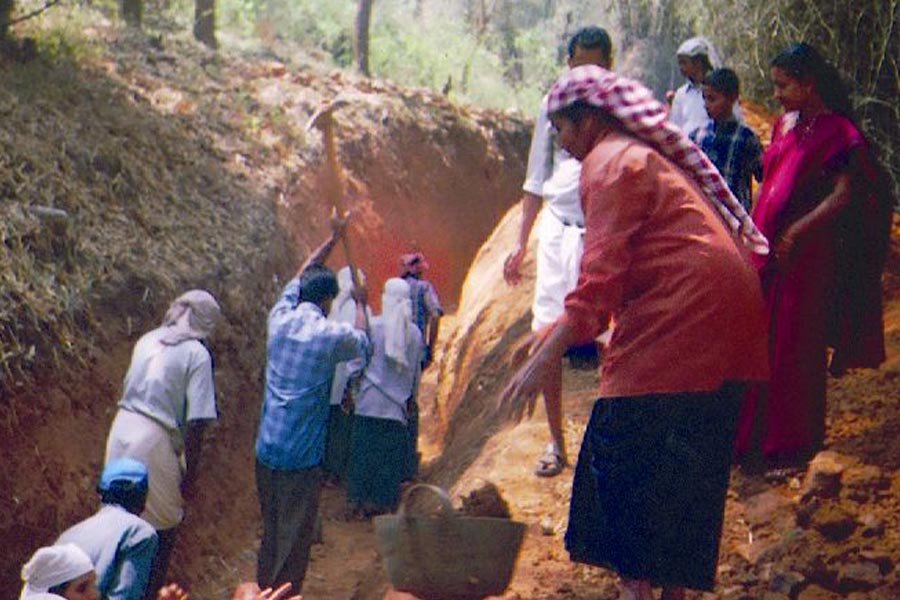 Escalating inequality in India is unconstitutional

The Union budget is much more than an economic statement for the country and her people. Of course, economics plays an important part in the making of the budget. Equally important is the policies and philosophies that work as the undercurrent in its formation. All these elements combine together and attribute extraordinary significance for the whole process of the budget preparation and presentation, its discussion and passing.

The crucial aspect of this year’s budget is to be understood along with the challenges faced by the Constitution itself. The greatness of Indian Constitution is derived from its approach itself. It envisaged: ‘We the people’ as the creators and masters of the Constitution. Its unequivocal commitment to sovereignty, democracy, secularism and socialism is the source of its politics and morality. Its concept of justice, liberty, equality and fraternity are all non-negotiable.

A budget, in a philosophical way has to do justice to the Constitution and its directive principles. The governments in power often due to class character and political orientation forget this. That’s why while one percentage of the population at the top hold more than four times the wealth held by 953 million people who make up for the bottom 70 per cent of the population. The government of the BJP that speak about sabka sath, sabka vikas has only added to this unjust income divide. Though the finance minister eloquently talks about the poor and unprivileged, the new budget also followed the same track. In essence the growing wedge between the rich and the poor is a challenge to the Constitution itself.

By every yardstick the latest budget of Modi government is a pro-corporate one. Its swadeshi mantra is nothing but a hoax. Their pro-rich economic policy has resulted in irreparable damage to the nation. Now, Modi and his storm-troopers are tight-lipped about demonetisation, and GST adventures, about which their propaganda machinery did over- time earlier.

Under the RSS-BJP rule, India witnesses the highest rate of unemployment, food inflation and lowest level of GDP growth and purchasing capacity of the people. Insiders in the administrative realm know very well that the budget’s claim of 10 per cent GDP growth is an unreachable goal. In the frenzied search for resources their short cut is the sale of national wealth like BPCL, LIC and IDBI which are well known for their performance and profits. Budget has openly declared the intention to privatise health-care and education. All these measures are akin to a right reactionary government committed to serve the interests of the super-rich.

In their vocabulary wealth creators are placed in high esteem. But in their dictionary the term covers only the top brass among the capitalists. The workers and peasants who create wealth from their blood and sweat find no place in their consideration. In the name of codification, the labour laws are now re-written to suit the interests of the exploiting classes. Even BMS, one of the loyal contingents of the sangh parivar, sometimes comes out to criticise the government, may be to satisfy their mass base.

The economics and politics of the budget are inseparably connected with the ideology of RSS-BJP. It is deeply related to the theory and practice of fascism. Its interconnection with the government move to impose CAA, NPR, NRC needs to be understood in the correct perspective. The earlier legislations on triple talaq and Kashmir were also part of the same grand design. The entire purpose of all these moves is one and the same. It is to create a divide between the people of India, based on religion. It is not accidental that the BJP government is so adamant in imposing these draconian legislations violating the basic doctrines of Indian Constitution.

What we see in India today is the attempt of their politics to gain control over future of the nation. Its greed for super profit alienates it from the common masses. The ruling classes represented by RSS-BJP are aware of the growing discontent emerging out of the retrograde economic policies. They know that it would shake their political ambitions. The cunningness of the sangh parivar’s politics always tries to escape from the people’s wrath by sowing seeds of communal divide among the people.

The theory of racial supremacy is at their service to serve the purpose. By fanning up hatred among the people they intend to divert people’s attention from the burning issues. The items in the BJP agenda right from Ayodhya to CAA explain this vicious strategy. The struggle against the anti-people budget should be conceived in this background. These struggles should be broad and massive with clarity of purpose. The struggle is not only against the budget. It is part of the people’s march against CAA, NPR and NRC, in defence of Indian democracy and secularism.

The author is a CPI Member of Parliament in Rajya Sabhaand CPI’s parliamentary group leader.