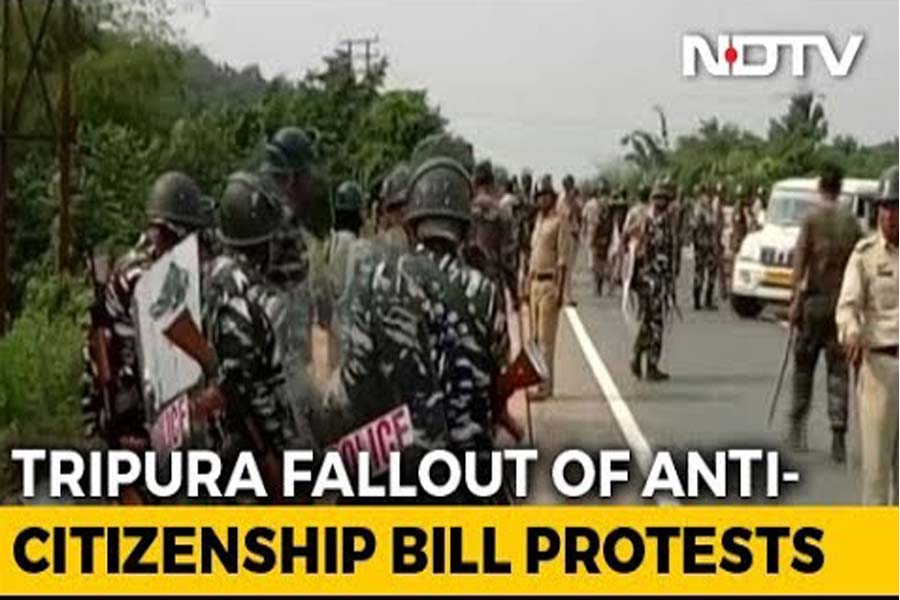 The very sensitive Citizenship Amendment Bill, 2019, which is creating headlines across the country, has become a critical issue for the survival of the tribal parties of Tripura—leading to strong protests against the bill.

To understand the ground politics of the protests, one has to look at the tribal politics of the state that has undergone a significant change after the 2018 assembly elections—with Indigenous People’s Party of Tripura (IPFT) wining 8 seats and becoming the junior partner in the BJP led government in the state, along with the defeat of the CPI (M), which for years was the dominant party in the tribal belt, known as the Tripura Tribal Area Autonomous District Council (TTAADC).

The elections also showed the decimation of the Indigenous Nationalist Party of Tripura (INPT) that failed to win any seat. INPT was once the major tribal party in state politics before the rise of IPFT, and an alliance partner of the Congress, often contesting elections together.

However, presently the tribal base of IPFT is being chipped away from both sides. On the one hand, its ally BJP has been trying to get a hold of the complete tribal belt that accounts for 31% of the population and two-thirds area of the state. Already it has been successful in creating its own tribal vote bank—being the ruling party of the state. On the other side, IPFT is facing risk from its own base built on an absurd promise of a separate state called ‘Twipraland’ carved out of Tripura—only for the tribals.

After assuming power, the IPFT has been going slow on the promise, realising how their demand is impracticable with strong resistance from both opposition parties—the CPI (M) and the Congress—and also from its own ally BJP. This hasn’t gone down well with its own voters, particularly young voters, who in large numbers voted for the IPFT, strongly polarised by the divisive demand of Twipraland. Now, a section of these voters are disillusioned, which opens up space for another political party.

This situation has provided INPT—which although never supported the demand of Twipraland—a good opportunity to regain its lost tribal base. INPT has been looking for an issue and thanks to the Citizenship Bill, it got what it wanted. Same goes for other small tribal parties like the NCT (National Conference of Tripura) led by Animesh Debbarma and the Tipraland State Party (TSP)—another vocal supporter of separate Twipraland.

The three parties—INPT, TSP and NCT—have come together to oppose the bill, along with tribal society groups, student organisations and royal scion Pradyot Kishore Barman, who recently quit as the state chief of Congress party due to differences with the party high command over NRC, under a forum named Joint Movement Against Citizenship Amendment Bill (JMACAB). The forum called for an indefinite strike in the tribal areas but later called-off after two days into it.

The demand of the tribal parties is to completely exempt Tripura from the ambit of the Citizenship Amendment Bill. According to them, the state is already burdened with refugees. They are not wrong. The state was once a tribal majority (most of the tribals are Hindus barring a minority that practices Christianity and Buddhism) till the early 1950s but the continued influx of the Bengali Hindus from East Pakistan and later Bangladesh changed the demography of the state. The home minister Amit Shah has said that the areas coming under the Sixth Schedule of the Indian constitution in the north-east won’t come under the bill. That puts a major part of the state—TTAADC—out of the bill.

However, there’s a twist. Although TTAADC comes under the sixth schedule, a larger proportion of people lives in the plain areas—dominated by the Bengalis. So, there are enough possibilities of the refugees settling in the plains. That’s the reason the tribal parties are not satisfied with the assurance of the Centre. Their demand is to completely exempt Tripura—as the state has already accepted enough refugees even changing forever the demography of the state. Another interesting point is that the tribal parties vigorously support the NRC in the state—as vigorously as they oppose the Citizenship Amendment Bill.

A leading online media of the state reported that some bandh supporters angered at the normal functioning of the Kulai market of Dhalai district ransacked it leaving one fruit seller named Kripasindhu Chakrabarty critically injured. Besides, there have been reports of disturbances from Manu area of the same district between supporters and opponents of the bandh in the open market.

Given the worsening law and order of the state, the state government has decided to cut off internet services from Tuesday night for the next 48 hours—which may be extended for more days if the situation doesn’t improve. As the situation continues to deteriorate in different parts of the state, paramilitary forces have been deployed—including in trouble-torn areas of Kanchanpur of North Tripura and Manu.

Many people, who have horrific memories of the 1980 ethnic riots between Bengalis and tribals, are worried about the return of those black days—as the emerging reports from different parts of the state point to disturbing trends.

A peaceful solution can be achieved—and for that, the Centre has to intervene. After all, the issue has the support of the majority of the tribals—with fears of getting more marginalised in their own homeland. But, at the same time, it can’t be denied that the leaders of the tribal parties, outfits and forums are also trying to unnecessarily trying to fish in the muddy waters—to secure their own political capital keeping in mind the upcoming general TTAADC elections to be held next year, most probably in the month of April, riding on the wave of the Citizenship Amendment Bill. The ball now lies in New Delhi’s court. 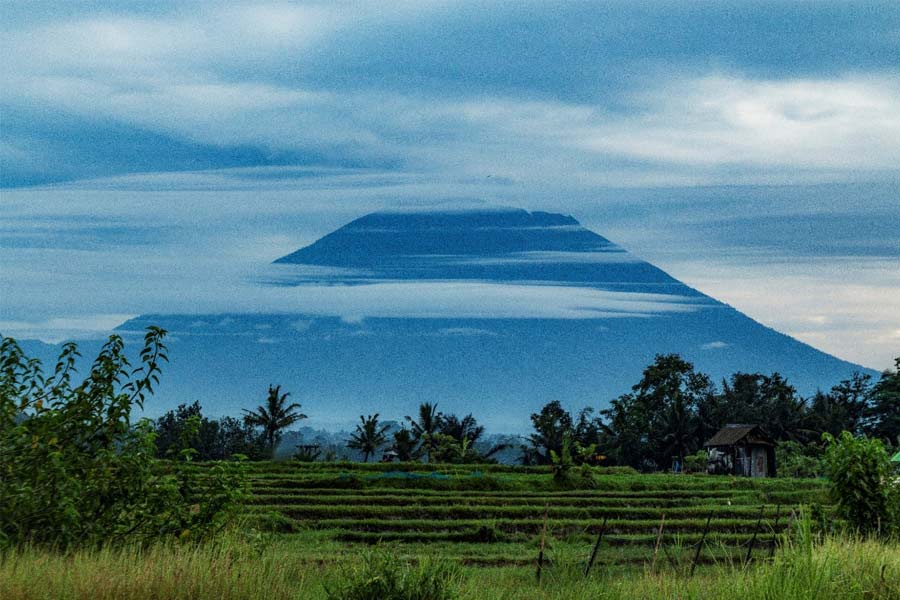